Mooy reveals his battle just to stay in Socceroos loop

Ange Postecoglou rates him Australia's best player, Tim Cahill won't stop raving about him and his club coach John van't Schipp won't even contemplate not picking him yet playmaker Aaron Mooy admits that it's a never-ending battle just to play for the Socceroos. 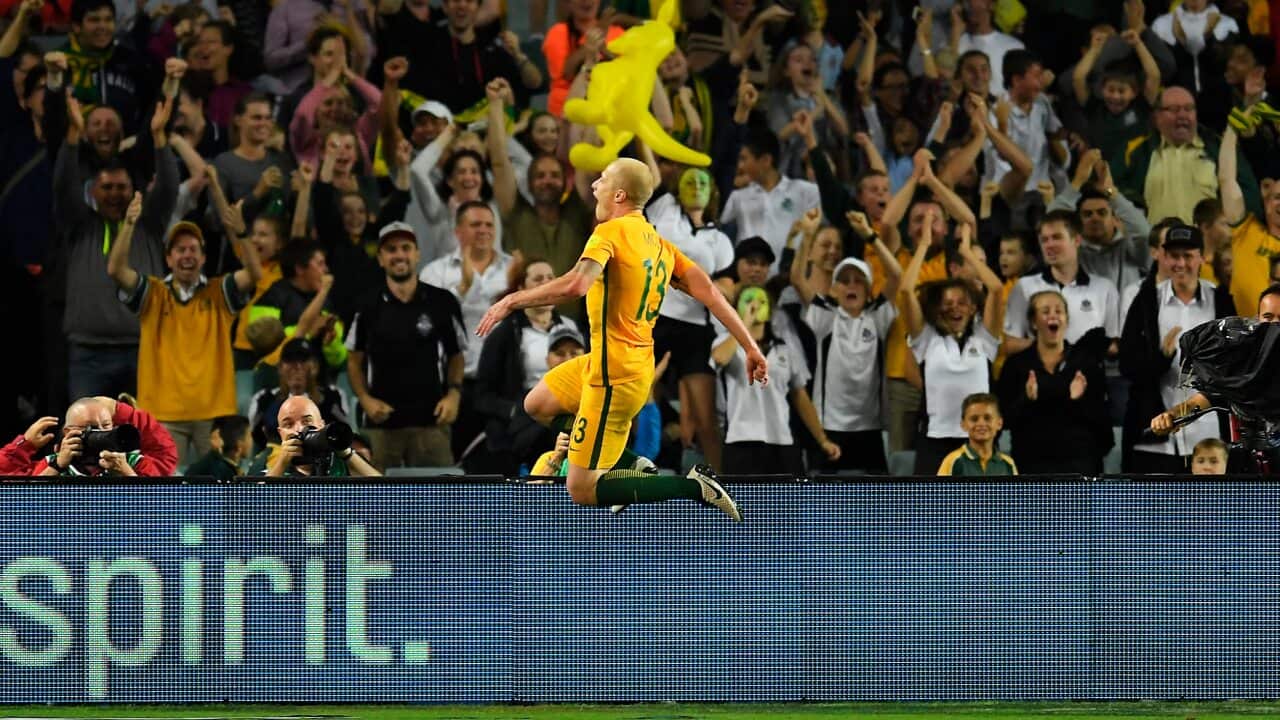 Mooy has taken to international football like a duck to water since he made his debut against Guam in December 2012.

He missed out on the 2014 FIFA World Cup but has become a pillar in midfield since the 2015 AFC Asian Cup and is one of the reasons the Socceroos are enjoying such a purple patch of form.

Advertisement
The Melbourne City star was again in superb touch in the 2018 World Cup qualifier against Jordan in Sydney which the home side won 5-1.

He was involved in most of the Socceroos' attacks and capped a memorable evening by slotting home the second goal that effectively killed the Jordanians' resolve.

It would appear that he be one of the first players to be picked for Australia's next match: an international against England in May.

"You've got to be confident in your ability going into any camp but I don't feel part of the furniture because Ange does not make you feel like that," Mooy said.

"He makes you take every game as if it was your last. He's got that mentality.

"There are no established players in the team and if you're not doing what he wants I don't think you'd be involved.

"That is one of the reasons the team is doing so well."

Sydney-born Mooy, who is only 25, has now played 13 times for the Socceroos and his neat strike in the first half was the fifth goal he scored for Australia.

"I felt good today. We scored five goals and it was a dominant performance from the team," he said.

"It is always good to score for your country.


"Robbie (Kruse) set me up nicely and took two defenders away though it seemed like a 100 metres before I got to one on one (with the goalkeeper)."

Cahill, not for the first time, expressed his admiration for the young man who keeps improving as a club and international footballer.

"Everyone knows what I think of Aaron, he's exceptional," Cahill said.

"He's growing game by game and he's getting his goals. He's a fantastic player and someone I've always admired.

"The boss is rewarding him on the world stage and he's doing it."

Cahill's two goals took his goal tally from 89 internationals to 47 so it is conceivable he reaches his half-century milestone in Australia's next three internationals: against England in Sunderland in May and Greece in Sydney and Melbourne in June.

"It is what it is. People said I would not get to 40 and would not even make the last World Cup and the last Asian Cup," he said.

"Consistency is my game and I've been consistent. So 47 from 89 is not a fluke.

"But it is not about me. The boss calls me and I'm going to play. If the boss wasn't here I would not be here. I believe in him and he believes in this team.

"My role here as a footballer is to make these (young) boys as good as they possibly can be."