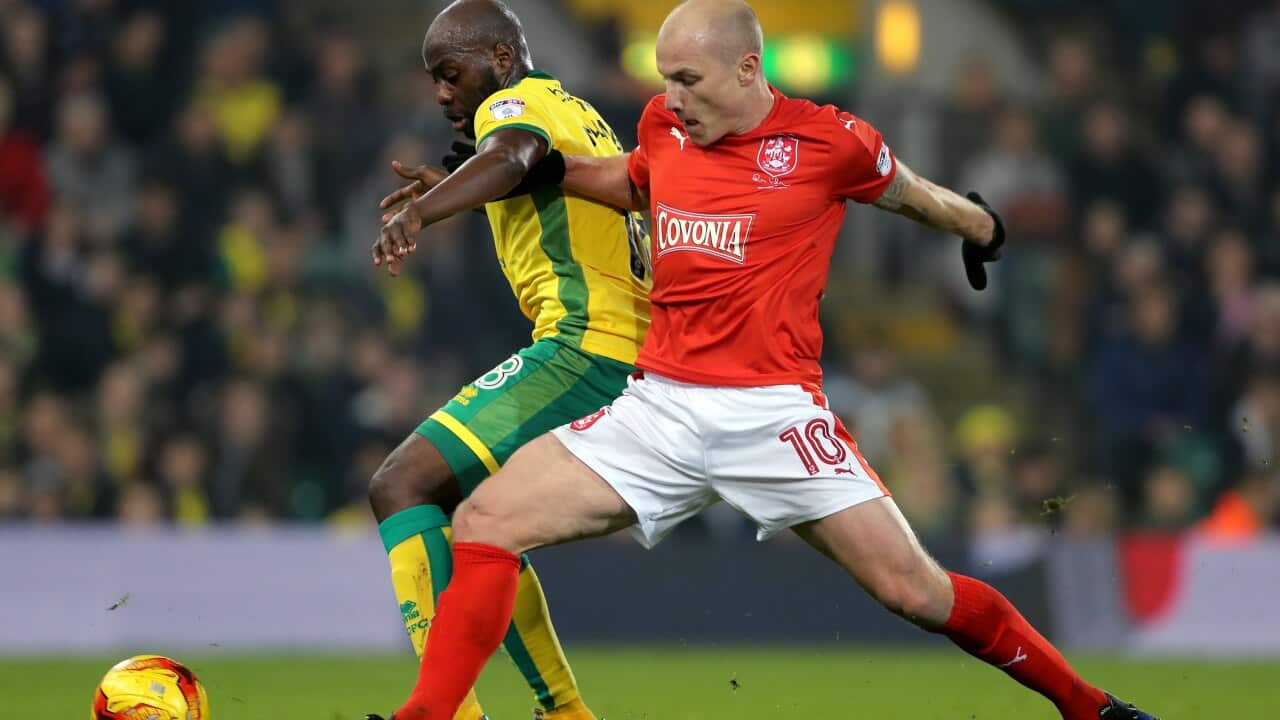 Mooy, who played the full 90 minutes and picked up a booking in the process, helped his side to an impressive away win on Saturday morning AEDT as Huddersfield made it three straight victories.

Kachunga's early header was cancelled out almost immediately by Jonny Howson but the Terriers quickly recovered their composure and completely dominated the opening period, with Kachunga scoring again four minutes before the break for what proved to be the decider.

Advertisement
The Canaries, who had won their previous two home games without conceding, improved after the break but could find no way back as their stylish opponents saw out the game.

Norwich, boosted by a hard-fought win over Aston Villa in midweek, were quick out of the blocks and should have taken the lead inside two minutes.

Jacob Murphy did well to steal possession on the right before picking out an unmarked Nelson Oliveira in the box - but the in-form striker snatched at his shot and sent it well wide of the target.

That was the prelude to two goals in 66 seconds, with the Terriers getting their noses in front - only to be pegged back from Norwich's very next attack.

Huddersfield's opener came from a well-worked move instigated by Kasey Palmer, who swept the ball wide for Tom Smith to send in a cross that was headed home by Kachunga from what looked like an offside position.

Norwich's response was immediate, with Robbie Brady doing well to get in a towering cross from the near the corner flag and Howson guiding a superb header into the bottom corner.

From then on Huddersfield bossed possession and dominated the remainder of the first half and Rajiv van La Parra should have done better in the 20th minute when he curled the ball wide from a good position.

The visitors should have gone in front again when a terrible lofted backpass from Graham Dorrans let in Nahki Wells, but the former Bradford City striker delayed his shot too long and the grateful hosts were able to get a block in.

It was only a temporary reprieve however as Huddersfield deservedly went 2-1 ahead on 40 minutes. Kachunga picked up the ball in the centre and made progress towards goal before playing a neat one-two with Smith before toe-poking the ball past the exposed John Ruddy.

Norwich had far more of the ball after the turnaround, while the Terriers rarely threatened to add to their tally. However, clear-cut chances for the home side were few and far between as the Carrow Road faithful became increasingly restless.

Oliveira should have done better after capitalising on a mistake from Jon Stankovic but he lobbed wastefully wide, while Murphy tested keeper Danny Ward a couple of times.

The home side's best chance of equalising came in injury-time - but Sebastien Bassong's poorly-directed header from an excellent position went wide, summing up a miserable night for the Canaries.