Socceroos and Huddersfield Town star Aaron Mooy has continued his incredible rise with the 27-year-old topping the charts for both club and country in the official FIFA 18 player ratings. 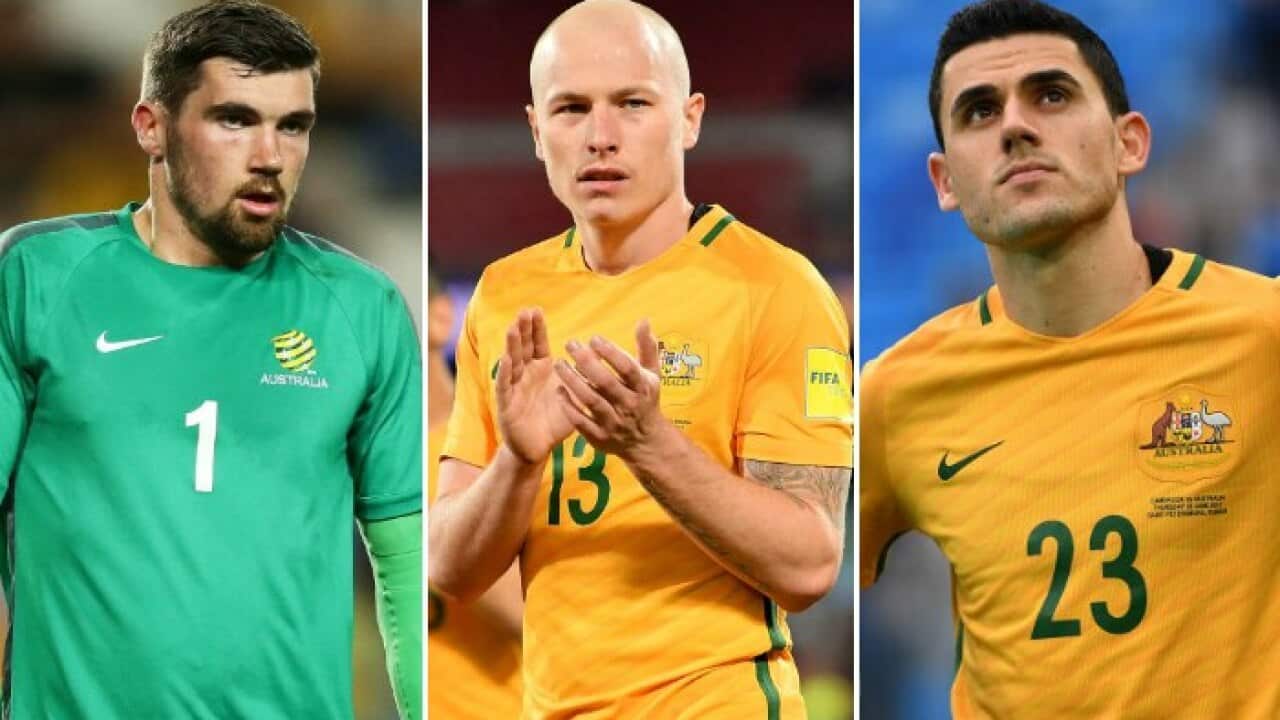 The FIFA ratings are based on a player's performances from last season, and with his blistering form leading Huddersfield to Premier League promotion, it's no surprise to see Mooy receive the highest overall FIFA 18 rating for Huddersfield - 77 out of 100.

His rating also has him on top as the highest-rated Socceroo and on par with the likes of Premier League winning-captain Wes Morgan, Klass-Jan Huntelaar and former Real Madrid attacker Jese.

But Mooy still has a way to go to reach the world's best with Cristiano Ronaldo topping the ratings with 94, closely followed by Lionel Messi on 93.

The Socceroos winger seals his place in the top 10, with his incredible 93 pace rating putting him among the fastest in FIFA 18.

While his rating of 72 remains the same as last season, his pace is up from 91.

Behich was one of the big Australian movers when it comes to FIFA ratings - rising from 70 up to 73 this season.

The former Brisbane Roar striker has enjoyed a significant rise on his overall FIFA rating since 2015.

Back then Maclaren was a lowly 56 but after a stellar A-League season last campaign, he is now up to 73.

After two back-to-back seasons as a Gold FIFA player, the Socceroos skipper has dropped into the Silver ranks this year, but still receives a respectable 74 overall rating.

Last season Jedinak was a 76, with only his dribbling stats increasing for FIFA 18.

The Victory star has been absent since FIFA 15, but returns with a bang!

Milligan's FIFA 18 stats are comparable to Jedinak, with his dribbling and pace stats trumping the Socceroos captain.

Despite Langerak starring last season to help Stuttgart move back into the Bundesliga, before moving to La Liga, the Socceroos shot-stopper's FIFA rating has dropped by one.

Langerak's distribution has fallen by 22 points - from 74 last season down to 52 - which is a key reason for his slight drop.

Troisi's overall rating of 74 puts him on par with Tom Rogic as he takes the mantle of being the highest rated Socceroo in the A-League.

Rogic was only given three stars out of five for his skill moves which will cause much debate among football fans.

Last year, the Socceroos goalkeeper was at the peak of his powers when it comes to FIFA - rated a 79 overall off the back of a dream move to Valencia.

Fast-forward 12 months and Ryan is now in the Premier League and remains a Gold FIFA player with a strong rating of 77, thanks to his impressive distribution stats.

What more needs to be said about Aaron Mooy?

The Socceroos midfielder has turned heads with his incredible form and he is duly rated by FIFA 18 as the best for club and country.