Aaron Mooy's next career step is already being mapped out as Huddersfield Town head into the Championship play-offs, with the Premier League beckoning for both club and player. 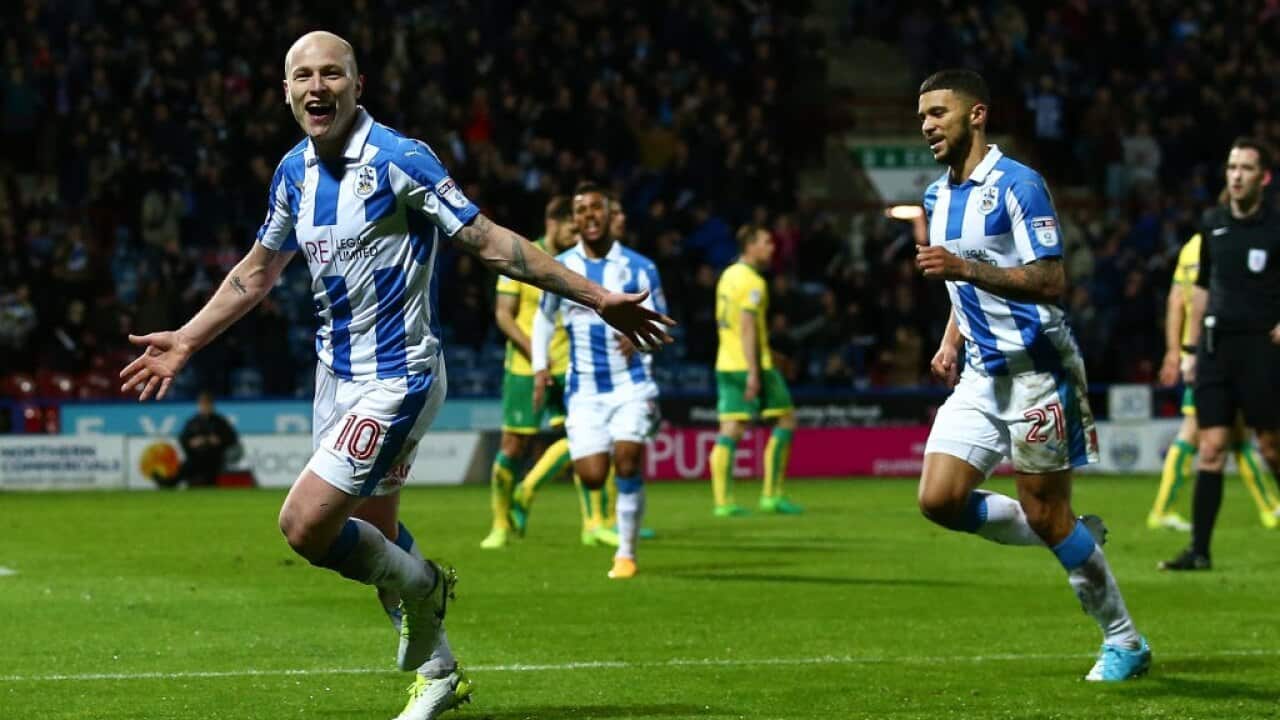 On the same day the on-loan Socceroos midfielder completed a clean sweep of accolades for the season by being named Huddersfield's Player of the Year, his agent was ramping up plans to keep his career trajectory heading in an upward arc.

It's an enviable task for Sydney-based Paddy Dominguez as Mooy's stocks skyrocket on the back of his previous inclusion in the the EFL Team of the Season and the PFA's Championship Team of the Year - all made possible by a domineering campaign which has seen him emerge as the Yorkshire club's torchbearer.

While parent club Manchester City will have the final say, Dominguez has no doubt Mooy will be a Premier League player next season.

Advertisement
He confirmed that, aside from Manchester City, Mooy also had other options in the Premier League.

"So we will have to see whether Pep wants to bring him into the Manchester City squad during pre-season to take a look at him.

"Aaron has given himself a very strong foundation for his next step."

Huddersfield have also let City know they are keen to keep Mooy, but will accelerate talks once their fate is determined, with the Championship play-offs to take place later this month.

"Huddersfield have expressed an interest to Manchester City about Aaron ... my understanding is there have been some discussions," Dominguez said.

"However, I am confident Huddersfield will wait to see whether they are successful in getting promoted before taking up the matter more formally."

Asked whether moves were already afoot to plot his next step, Dominguez said: "We have turned our attention to what next season looks like.

"There has been a huge amount of interest in Aaron – some of it already well documented – and there are a lot more conversations currently going on behind the scenes.

"Ever since January there have been a lot of inquiries about Aaron ... all of it was geared around 'can we talk at the end of the season'.

"A lot of those people are now coming back, and starting to engage in conversations about Aaron's availability and whether he can sign for them."

With Huddersfield looking likely to face, at this stage, Sheffield Wednesday over two legs for a place in a Wembley Championship play-off final, Dominguez is keen to shield Mooy from unnecessary speculation over his future.

READ MORE
Mooy in PFA Championship Team of the Season

However, with the Socceroos facing a busy month in June with a crucial World Cup qualifier against Saudi Arabia, a friendly against Brazil and their FIFA Confederations Cup campaign, determining Mooy's future has some urgency.

"We don't want to get too deeply into it, because we want to keep him focused for the playoffs," he cautioned.

"But whenever Huddersfield finish their season he has to turn his attention quite quickly because the whole of June will be full of national team commitments.

"He can't spend July wondering what to do, so it's only prudent to start discussing his future now and start looking at possible paths."

For all the recognition this season, Dominguez said there would be a sour aftertaste for Mooy if the Terriers don't go up.

"He'd be extremely disappointed if they fell short in the play-offs.

"But you have to remember that the bookies had them as second favorites to go down, so it's been an outstanding season.

"I thought they might surprise everyone, but not to this extent.

"We took him there to a large degree because of their coach David Wagner.

"All the reports from Germany, where he was assistant to Jurgen Klopp at Borussia Dortmund, centered on him being an up-comer who liked to play the ball in the deck.

"He was seen as a good motivator and great in working with midfielders. He just ticked all the boxes.

And Mooy's reaction to voted Player of the Year by the fans?

"This will mean a lot to him ... he'll be stoked because he's always referring to his connection with fans," he said.