Moss warns Sydney FC to rug up and defend well

Wellington Phoenix desperately need to kick-start their season after not scoring a goal or collecting a point in the first two rounds and they're planning to do that by taking the game to Sydney FC, according to goalkeeper Glen Moss. 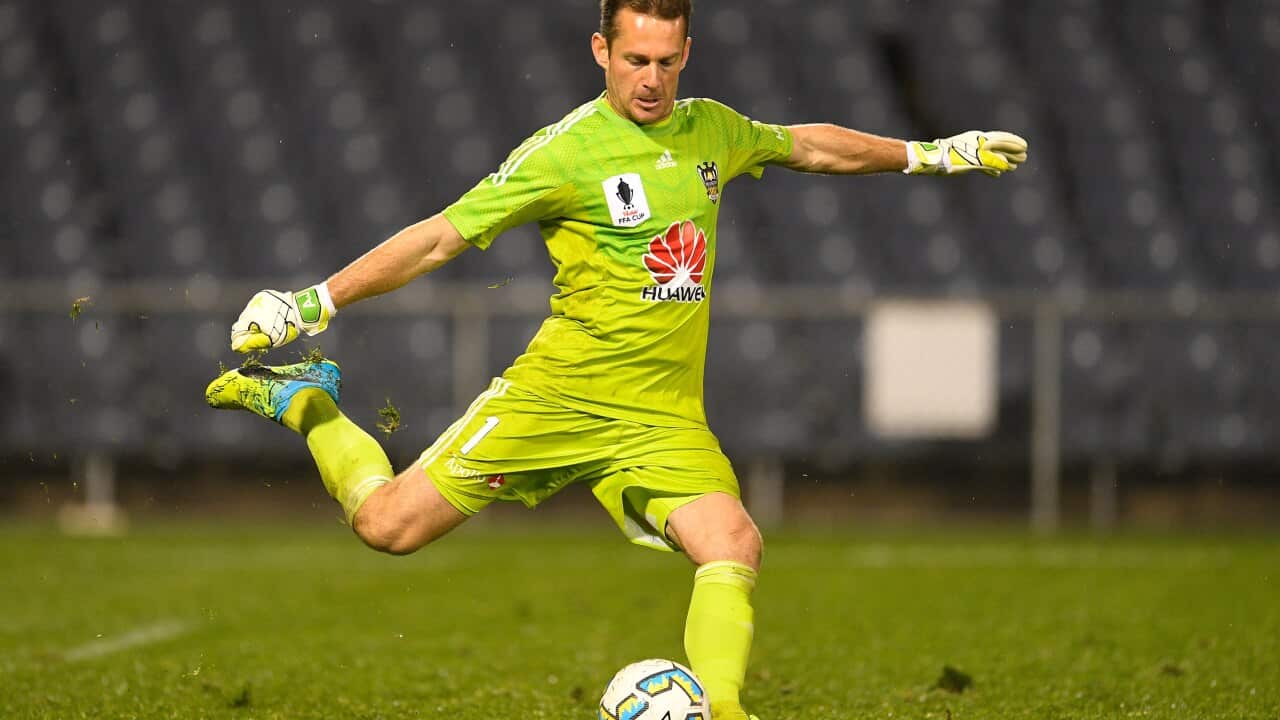 Phoenix goalkeeper Moss told The World Game they respect Sydney, but don't fear them, and that their good home record against the Sky Blues gave them the belief they could get the win they crave at Westpac Stadium on Sunday night.

A dose of typically wet, cold and windy Wellington weather wouldn't hurt either, Moss said, to hopefully unsettle the visitors. The forecast for Sunday isn't too bad at the moment, but that can change.

"I'm looking out my lounge-room window and it's drizzling with rain and it's been windy here for the last few days," Moss said.

"I've been over here myself as part of a visiting team in the past, at Gold Coast United, and while it's a great place to live once you settle in it's not a great place to travel to for a game, if you're not used to it.

"It's an international trip for the opposing team and the weather's not looking great at the moment, so all those things we like to think go in our favour, because we can prepare in those conditions. We always fancy ourselves on a cold, wet and windy Wellington night.

"We're definitely going to be up for it and Ernie (Merrick, the Phoenix coach) likes us to go out attacking. If that means we're going to win 3-2 or 4-3, so be it. We're not going to sit back and just hope for the best."

The two sides have met 28 times overall, for 14 wins to Sydney, 11 to Wellington and three draws. But in Wellington's 11 home games it's six wins to them, five to Sydney and two draws.

Phoenix were unbeaten against Sydney last season, winning 3-1 away and drawing two games at home, 1-1 and 0-0.

"It's no surprise to us they've made such a good start this season, with the quality they've got," Moss said. "They were impressive against Wanderers and clinical against Central Coast and they've scored eight goals in two games, so we know they're pretty powerful up front.

"But now we've got 'Dura' (Andrew Durante) back playing with Marco Rossi in the centre of defence and getting used to each other and we like to think we'll be able to lock down Bobo and the likes of (David) Carney and those guys. So, yeah, we'll be ready.

"We won't fear them. We've never been like that. We're one of the smallest clubs in the competition, but we always back ourselves going up against the heavyweights like Sydney FC and Western Sydney.

"We went over there and got good results last year and we like to think we lift for the occasion when those clubs come over here. We know how good they are and that if you switch off for a second they can really hurt you."

Wellington always looked likely to pay a price for being without their New Zealand stars - Durante, Kosta Barbarouses and Michael McGlinchey - against Melbourne City and then only getting them back from international duty late in the week before playing tired against Perth Glory.

Now they need a spark to help get them off the bottom of the competition table.

"We're going out there for the win, that's how we want to play," Moss said. "We've got no excuses this week. We've got our full squad and we've freshened up and we want to go out there and beat Sydney FC."