Jose Mourinho made necessary changes that do not bode well for the futures of Wayne Rooney and Marouane Fellaini, Liverpool look like title challenges but can anyone stop Manchester City? 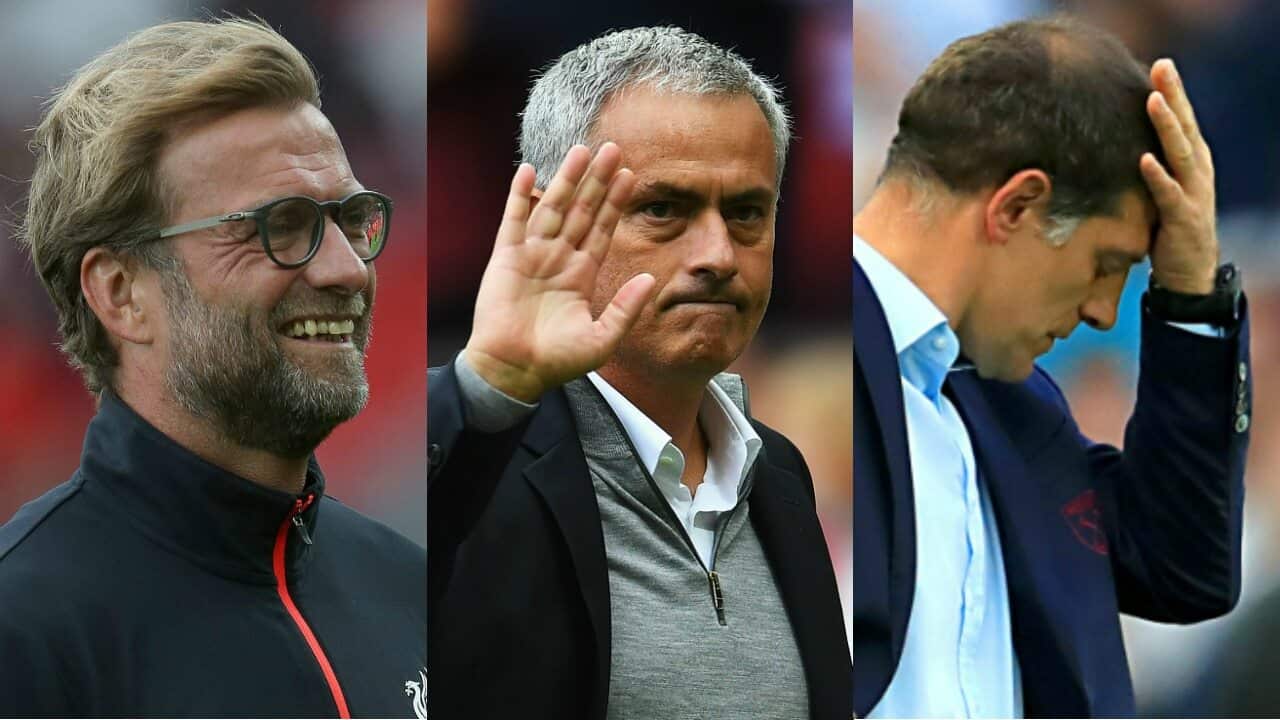 1. Mourinho's modifications have brutal ramifications for Rooney and Fellaini

Jose Mourinho had to make changes to an unbalanced Manchester United line-up that had lost three matches within in a week.

Advertisement
No doubt Martial will be back in when he recovers from injury, but Fellaini and Rooney's careers as starters for United could be over.

Herrera was immense against Leicester, making six interceptions and completing 89 passes (compared to Fellaini's 0 interceptions and 68 passes against Watford), and more importantly playing a role which allowed Paul Pogba to flourish further forward.

Mata's commanding performance against Leicester was in stark contrast to Rooney's insipid display against Watford. It could be a while before we see England's highest goalscorer back in the starting XI for important matches.

It's a strange thing to argue, given the defending champions are currently in 12th position. But Leicester have had tough away trips to Anfield and Old Trafford. By the end of October they'll have gone away to Stamford Bridge and White Hart Lane.

If you compare to last season's fixtures, Leicester are just one point worse off than they were last year.

You can expect a rise up the table as they face an easier run of fixtures in November and December.

At this stage Manchester City are clear favourites for the title, but Arsenal and Liverpool look the strongest of the potential challengers.

If you take the 2-0 loss away to Burnley as an anomaly, they have now beaten Arsenal and Chelsea away, defeated Leicester at home and out-played Spurs in a 1-1 draw at White Hart Lane.

The wait-and-swarm pressing strategy employed by Klopp appears to be working wonders, and it was in full effect right from kick-off against Hull.

Meanwhile, Arsenal produced their most impressive performance in recent memory as they hammered an uninspiring Chelsea side 3-0.

However it's in defence where Arsenal looked to have improved the most based on how Laurent Koscielny and Shkodran Mustafi dealt with Diego Costa.

'Kostafi' could be the centre-back pairing Arsenal have badly needed since Sol Campbell and Kolo Toure moved on.

4. City make it a perfect 10 and it seems they can only get better

In almost every aspect of Manchester City's play they are superior to where they were last year.

Raheem Sterling is a player re-born, Sergio Aguero has a ridiculous 11 goals in six matches and Aleksandar Kolarov has impressed in all of the positions he's played in.

Swansea held them to a draw for 61 minutes, longer than any other side has managed this season, and still it wasn't close.


In their next six matches across all competitions City face Celtic, Tottenham, Everton, Barcelona, Southampton and Manchester United. A tough run for sure, but outside of Barcelona it's hard to see what team will stop their winning run.

Guardiola insists they can improve, a scary thought for the rest.

5. West Ham are in real trouble

It seemed such an exciting time to be a West Ham fan; a new stadium, a team ready to fight for Champions League stadium and they managed to hold on to their best player in Dimitri Payet.

Now they're in the relegation zone and the new stadium is proving extremely unpopular with it's lack of atmosphere.

There was one passage of play that summed up their dreadful season so far.

It's still too early to call for Slaven Bilic to go, especially given what he produced last season, but should he has to improve results and performances in the next three matches against Middlesbrough, Crystal Palace and Sunderland.