Manchester United manager Jose Mourinho has offered Michael Carrick a place on the Red Devils coaching staff as the 36-year-old makes a decision on whether to retire. 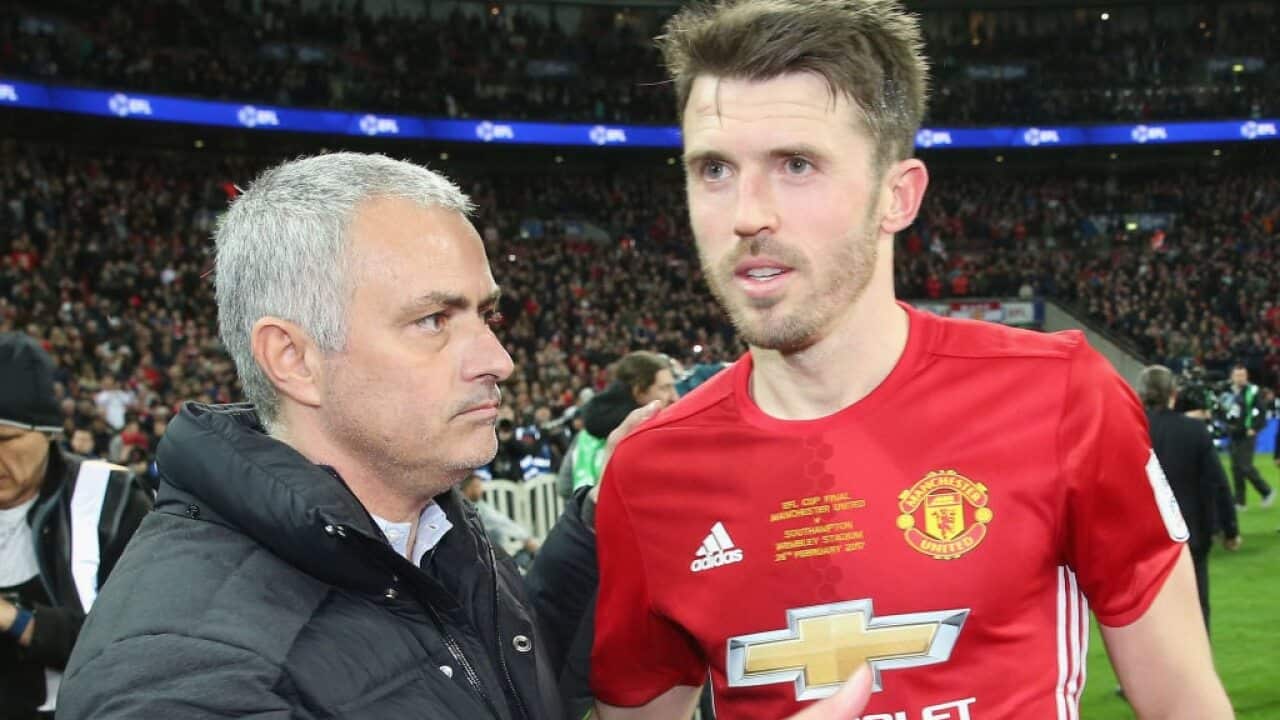 Carrick's sole appearance for United this season was in September's League Cup win over Burton Albion and the captain explained his absence from action on Saturday (AEDT), saying that he was on the mend from a heart operation.

Advertisement
"Michael as a person is more important than Michael as a player, so we gave him the time to relax, to recover and to feel confident," Mourinho said after his team's 1-0 win over Brighton and Hove Albion on Sunday (AEDT).

"To make the decision he wants to play, he wants to stop (and take a break). He knows that my coaching staff has a chair for him if he wants, when he wants.

"The chair is there in the office for him. I want that, the board wants that, the owners want that, so Michael is in a comfortable situation if his future will be with us."

Carrick, 36, has made over 300 appearances for United since joining the club in 2006 and was named captain before the start of the current campaign.