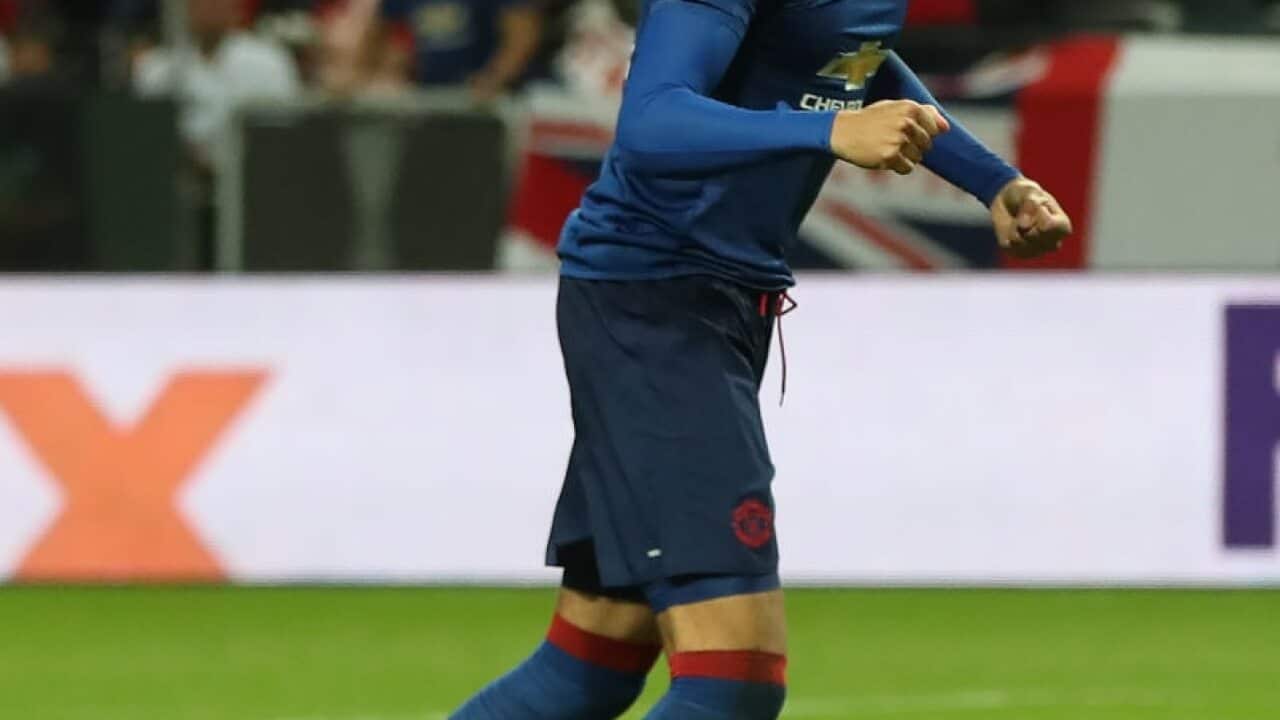 With Eric Bailly and Phil Jones, who have started all four of United's Premier League games this season, currently serving UEFA bans, Mourinho has confirmed Smalling and Lindelof's return.

Bailly and Jones helped United keep three consecutive clean sheets in the Premier League on Sunday (AEST), despite their perfect start to the season ending with a 2-2 draw at Stoke City.

"He's probably tired with two consecutive matches with the national team so it's good that on Tuesday he gets his rest and it's an opportunity for Smalling and Lindelof to play the Champions League match."

Smalling and Lindelof, United's close season signing from Benfica, will pair up for the first time since United's 2-1 defeat to Real Madrid in the UEFA Super Cup last month.