Mr Personality: We couldn't get a word out of Scott Jamieson - not!

Western Sydney Wanderers defender Scott Jamieson is the latest subject of a regular feature where The World Game has a bit of fun with the game's stars by asking them questions they wouldn't normally be asked and letting their personalities shine. 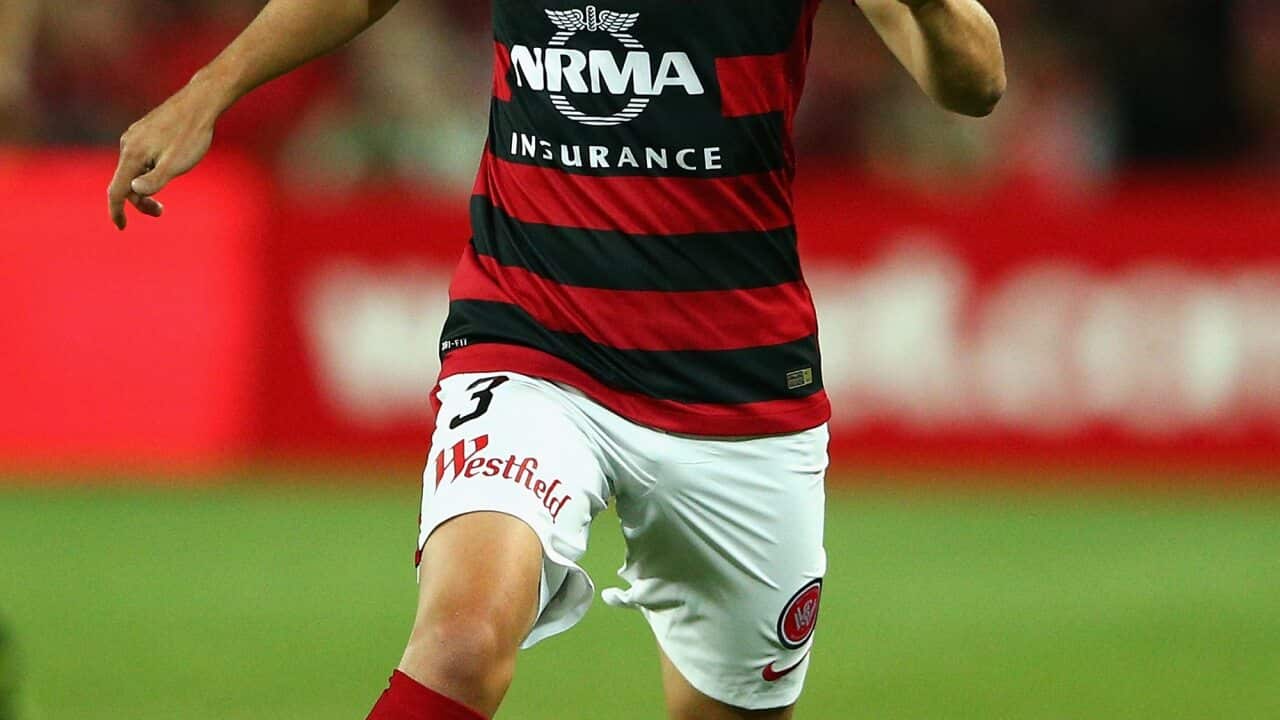 TWG: You were recently involved in an interesting conversation on Twitter with a former teammate from your Adelaide United days, Travis Dodd. I think you were both joking around, but some people may not have been sure. Was it all just fun and games?

SJ: To be honest, his family is like family to me. He and his wife's two kids are like my nephew and niece and I see Trav like a brother. So, yeah, the banter is there and I knew he'd get defensive straight away about me commenting on the size of his shirt, because I'm always giving it to him about that. But, really, we're like brothers, and I don't say it lightly. But I am getting ready to go at him again.

TWG: What happened in the recent vanishing foam incident involving yourself and referee Ben Williams during the game against Melbourne Victory, when you blew up after he sprayed the mark for a free kick and he gave you a yellow card?

SJ: I understand they've got to use the spray, but sometimes it comes out in big puffs and I've had times before when I've wiped away some of it because it's in my line of vision as I focus on the ball for the kick. It's never been a problem when I've done that in the past, but Ben wasn't happy with me removing some of it this time. Look, I mean, it was silly on my part to carry on about it, but looking back I think Ben could have handled it a bit better as well.

TWG: So you do find that that if there are blobs of foam in front of the ball it can put you off a bit.

SJ: Yeah, a little bit. Each to their own, but, as I said, I don't like a big blob of it there as I'm lining up a free kick. It was just one of those things that happens and it's a laugh now.

TWG: You do like to get involved in anything remotely resembling a discussion on the field, don't you.

SJ: Yeah, I do, but it's not pre-planned. I know there are people in the sporting world who have this thing where they think before a game about who they're going to target, or try to get in the heads of, but I can honestly say that's not the case with me.

In the heat of the battle I have emotion and I love the competition of it and I find that I don't want to lose in anything, whether it's a football battle or a verbal battle.

It's just how I am and I'd definitely like to think I play within the rules and nothing gets said out of context by me. As I said, I just love the battle and the competition and it's a bit of a spectacle, I guess, a bit of a laugh.

TWG: It must have been interesting in the middle of that goalmouth melee in the game against Victory, which resulted in one of your teammates - Alberto - being sent off.

SJ: Yeah, it was. It's what you expect from big games, a bit of emotion, and then you add Mr Berisha in there and it can get heated. It's unfortunate Alberto ended up being out for two games, but it adds something to the next game, that's for sure.

TWG: You've come back to your home town from Perth Glory and your football is going well and you're also forging a bit of a side career in the media, on TV and radio. You're clearly enjoying yourself on one hand, but are you also setting up for a possible career post-football?

SJ: A football career doesn't last forever and I genuinely love all sports. I enjoy watching AFL and rugby league and American sport  and I also enjoy talking about them, so a radio sports show is something I'd probably like to get involved with and doing a bit now is hopefully a good way of getting a foot in the door.

TWG: You played in an AFC Asian Champions League final for Adelaide when you were just 20. That must have been quite an experience.

SJ: It was one of those things where I thought it was the norm. That year I played in the ACL final and the A-League grand final and I thought 'oh, this is how it is' kind of thing. You're young and I guess you don't let it sink in because you think it's going to keep happening.

I look back at it now and it was a tough loss to take, but at the same time the whole experience was so enjoyable because you're playing the best teams in Asia and you're doing a lot of travelling and going to different countries.

Now that I'm older and more mature I wish I'd done more sight-seeing over there rather than sitting inside the hotel  and playing on Nintendo with my teammates. It's a competition I really want to get back into - I'd love to do it again.

TWG: If you could transform yourself into a top competitor in another sport, which sport would it be?

SJ: Basketball, based on the lucrative contracts they get and also the glitz and glamour of the NBA. They're royalty in the US. I realise they have to do a lot of travelling for the games, but their lifestyle looks amazing. They're major celebrities over there, so to be a Kevin Durant or a Russell Westbrook would be pretty good.

TWG: What's the hardest thing you've ever had to do in football?

SJ: It would have to be getting my weight and skin-folds down to the levels the boss wanted them to be this season. I've never been fat or anything before I joined the Wanderers, but I found that to make those levels I had to be very professional and very particular about what I did and didn't eat. It was tough when you went out to dinner and watched the desserts getting delivered to your table and you couldn't have one!

TWG: You obviously watch a lot of other sports. Did you see the Super Bowl recently, or did training get in the way of that?

SJ: You know what, I'd never been a fan of American football, but a few weeks ago when we were playing the Mariners I went to Liam Reddy's house and played Madden for the first time ever, with his son, Marley, and learned a lot of the rules there, so I watched the Super Bowl knowing the rules a lot better and I really enjoyed it.

My version of it was that Cam Newton kind of choked, but I like him because he's got a personality. People hammered him for walking out of a press conference, but like he said he's only human.

TWG: Finally, if David Gallop took a day off as FFA CEO and gave you the reins for those 24 hours, what would be the first thing you would do?

SJ: Good question. I would have it inserted into the standard playing contract that each player had to have eight or 10 weeks off rather than six, to rest the body up. The clubs might not like it, but what are the chances of David Gallop giving me the reins anyway?