Murdocca tells Caletti how being small can be a big advantage

Massimo Murdocca used to be the shortest player in the A-League and he has some priceless advice for Joe Caletti on how to use his lack of height to advantage in senior football. 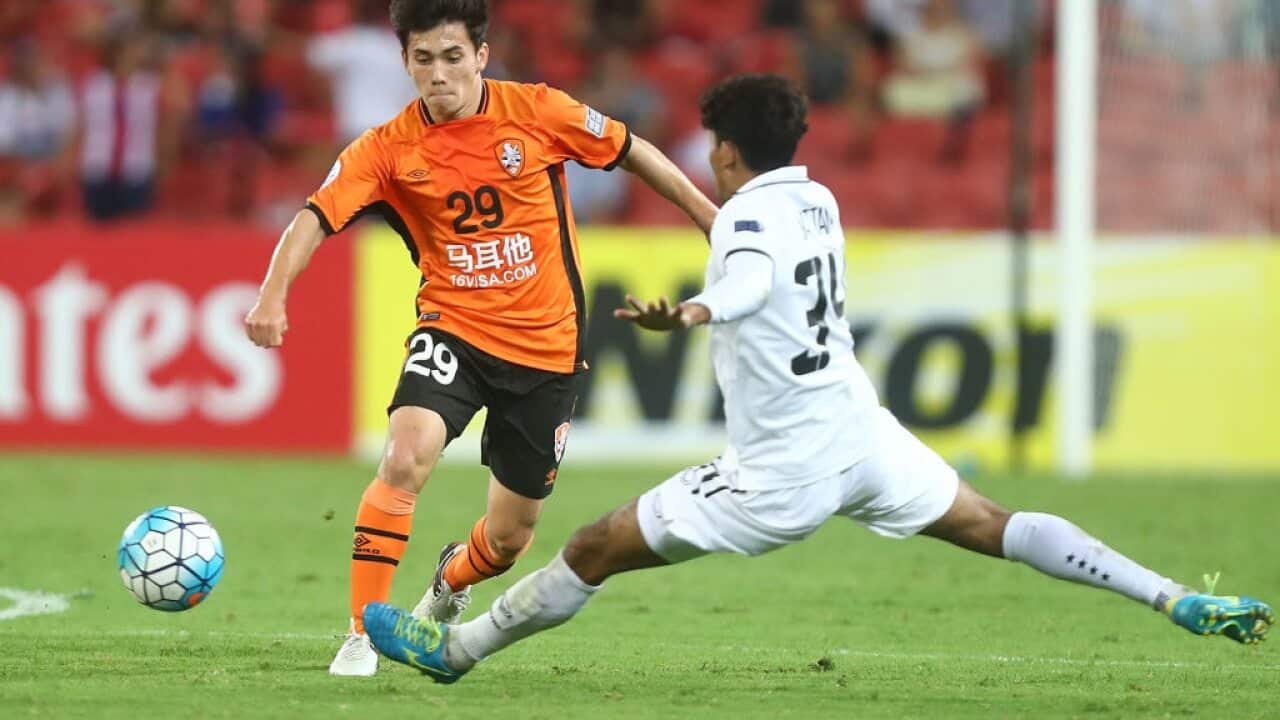 Midfielder Caletti, 18, is the former Australia under-17s (Joeys) captain who recently broke into the A-League with Brisbane Roar, the same club where Murdocca won two championships.

Caletti, who is listed at 162cm, has appeared in two A-League games and three AFC Champions League matches for the Roar and impressed with the level of his technical ability, the speed of his decision-making and his willingness to compete for the ball against bigger players.

He has been at a disadvantage in terms of his size since he started playing as a child, so he has been adapting to meet that challenge all along, but Murdocca, who was listed at 165cm and played in a similar position, says there is always more you can do.

"I think with your low centre of gravity you naturally have better balance," Murdocca says.

"And if you work to further develop your leg muscles you'll have more strength to hold players off when you've got the ball.

"I had no trouble holding off players in my time in the A-League, because just naturally I've got very big quads and I started my gym regime quite early as a youngster and I really built up my legs.

"My quads are clearly bigger than the average person's, so that definitely helped me. It made a big difference, actually."

Apart from that, Murdocca says, it is important to go into games with a combative attitude and a belief that it doesn't matter if other players are bigger and taller than you.

"In all honesty, throughout my career, before games I never looked at opposition players and thought 'gee, they're huge'," he said.

"Once the whistle went and the game started I felt like I was as big as everyone else. I didn't think there were any physical disadvantages.

"I never feared anyone. If I had to go in for a challenge, I went in, if I had to jump for a header, I didn't worry about whether I was going to win it or not, I was going to jump and compete as hard as I could.

"I guess that's what my style was, I was combative and I challenged anyone. It didn't bother me to do that and I think it's going to be the same deal for young Caletti.

"He'll gain that respect if he keeps fighting for the ball and putting his body in there and challenging for everything.

"And since he's still only 18 he should naturally grow a bit more and get bigger and he can develop his strength. He can have positives about his game that other players don't have."

Murdocca, who finished his A-League career with Melbourne City at the end of the 2014-15 season and is now playing with Avondale in the Victorian NPL, at 32, said it was up to Caletti to use the strengths in his game to exploit weaknesses in his opponent's game.

"I worked really hard on improving my agility, my speed and my ability to get away from players," he said.

"You've got to know how to deal with players who might be bigger and stronger than you.

"I thought, 'OK, I'm short, so what can I do to be better than that guy', or whoever my opponent was. You just look at their weaknesses and make sure you've got the qualities in your game to take advantage of that.

"That's exactly what I did year in, year out to try and get better and to stay in the game and battle against these guys.

"My career went pretty well and I'm pretty proud of what I achieved in the A-League. I'm sure that young Joe, having made it this far at his young age, has got the right attitude as well."