Mystery milestone the key as City fight to keep Arzani

The short-term future of A-League hot property Daniel Arzani lies with Melbourne City - so long as the eye-catching teenager features heavily in the club’s final 10 games of the regular season. 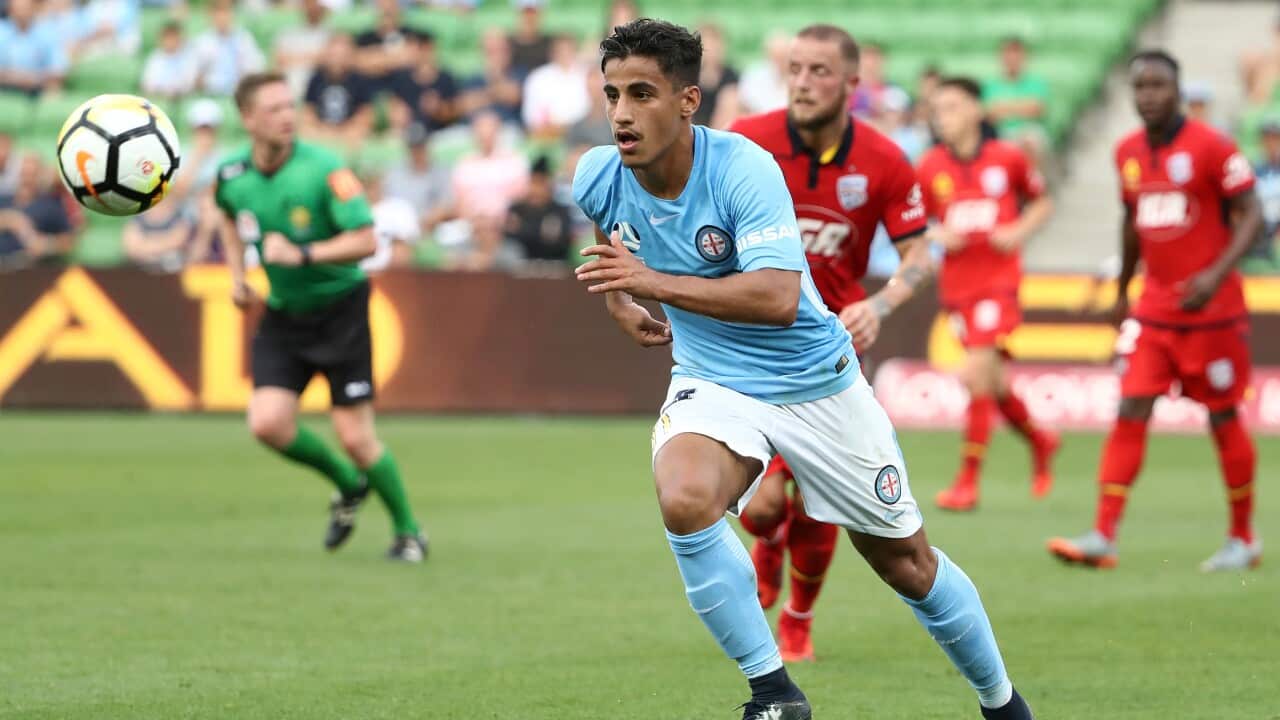 Rumours have circulated over a possible end-of-season exit for off-contract Arzani, whose finger prints have been all over City’s recent resurgence.

But it’s understood that an automatic one-year contract extension will be triggered if coach Warren Joyce continues to pin his faith in the fearless 19-year-old during the run-in to the finals.

Should Arzani clock up an undisclosed number of match minutes - he has reached 283 so far in six appearances this season - then he remains in the employ of the City Football Group (CFG).

Advertisement
It’s believed he would need to play week-in week-out from now on to reach the undisclosed figure.

There is already a new three-year offer on the table for the rookie whose repertoire of weapons has A-League defenses wondering how they can stop him.

With Sydney FC offering a swift return to his home town should the eventuality arise, and several European clubs zeroing in, the CFG are keen to do what is required to keep a player who, in just three games, has breathed fresh life into their season.

The former NSW Institute of Sport and AIS graduate emerged as a 53rd-minute substitute against Wellington Phoenix earlier this month, and turned the game on its head with two assists to inspire a 2-1 win.

The following week he won a free-kick and a spot-kick, both dispatched by Ross McCormack, to seal a 2-0 victory over Perth.

Adelaide United were next to fall under his spell, with his directness, trickery and technique leading to Marcin Budzinski's opener in a 5-0 win in which he loomed large as a figure of torment for the Reds.

With the power of the CFG group to shape his career in much the way it has that of Aaron Mooy, the Arzani camp see the benefit of remaining under its umbrella, so long as he is playing.

The plan longer term will lead to Europe, where some of the Continent’s leading clubs are already tracking his progress.

The fact he lacks an EU passport potentially complicates matters, but the belief is that Arzani’s talent will be the final arbiter in where his career takes him, under the auspices of the CFG or elsewhere.

Joyce acknowledges his ‘x-factor’ qualities, but says he’s more concerned with ironing out some flaws, rather than fretting over where Arzani will be playing next season.

“I've not really discussed it with him. That's not my really concern at the minute,” he said.

“My concern is developing the things he needs to get better at.

“You want players that want to stay here and play here.

“You'd like to think that he thought there might be a pathway to his development by being involved in Melbourne City.

"We're not begging him to come and stay here if he doesn't think we can help him develop his future ... and achieve his aims.