Netherlands coach Sarina Wiegman admitted she was in a state of disbelief as the her side became women's European champions for the first time. 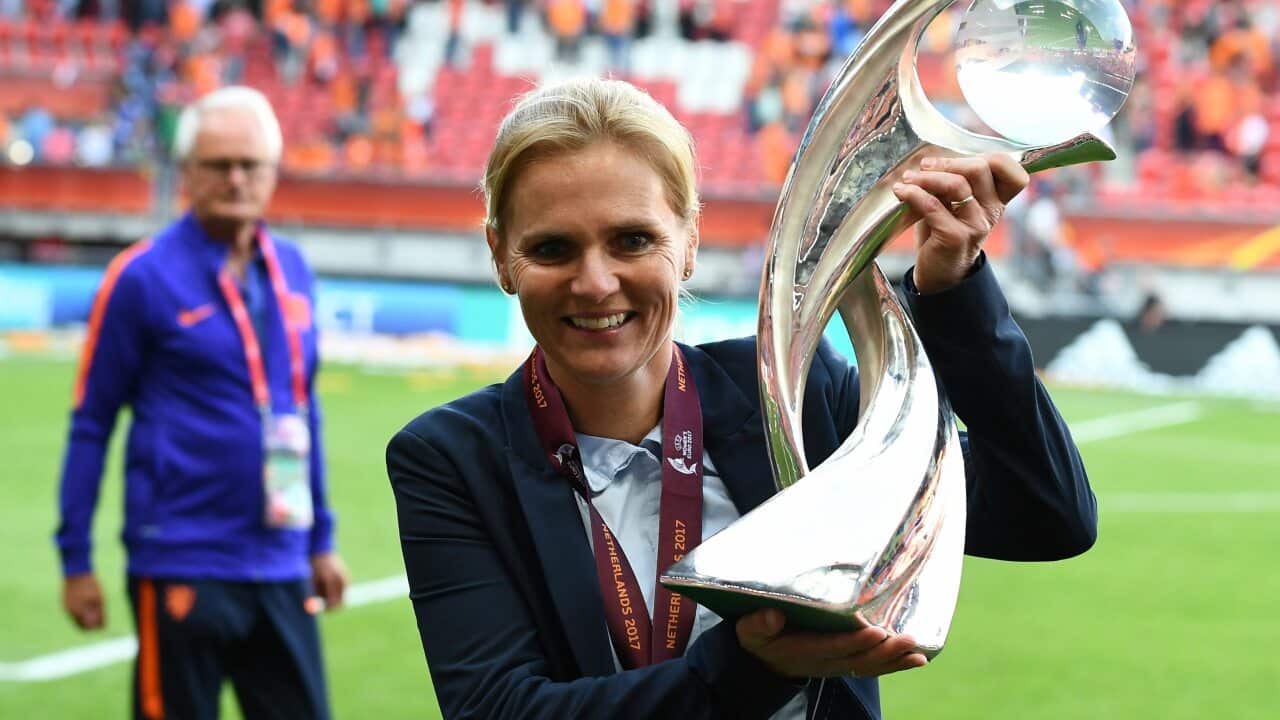 Vivianne Miedema (2), Lieke Martens and Sherida Spitse were all on target in a 4-2 final victory over Denmark in front of a crowd of 28,182 in Enschede.

"A lot went through my mind just before the end," Wiegman said at her post-match press conference.

"We're going to win this! How? We tried to take the pressure off throughout, saying that we're just going to do our best, to show ourselves in the best light.

Advertisement
"And that's brought us all the way - I could scarcely believe it was going to happen."

Hosts Netherlands beat tournament favourites England 3-0 in the semi-final and won all of their six games in the competition.

"The players have developed over the past couple of years - more and more are playing at a high level," said Wiegman.

"Before the finals we spoke about our aims: we want to show who we are, what we can do and that we play together.

"We're going to party really hard, then we'll think about the World Cup qualifiers because we want to get there."

Denmark had beaten seven-time champions Germany at the last-eight stage.

They were dreaming of glory when Nadia Nadim gave them a sixth-minute lead from the penalty spot and Pernille Harder levelled it at 2-2 before the break.

But the Netherlands showed their class in the second half and Denmark coach Nils Nielsen labelled them worthy European champions.

"The Dutch team were the team of the tournament and they deserve this," said Nielsen.

"It's not easy to play at home but they managed those expectations wonderfully.

"Throughout the tournament we've had some tough games and that kind of caught up with us.

"It's great that a team other than Germany have won the competition.

"It shows that the levels across the women's game are that much higher now - I'm not even sure that we will definitely qualify for the World Cup - the competition is that strong now."