The A-League's most successful teams face off in the first match of the 2016-2017 season as Brisbane Roar host Melbourne Victory on Friday night at Suncorp Stadium, LIVE and FREE on SBS 2. 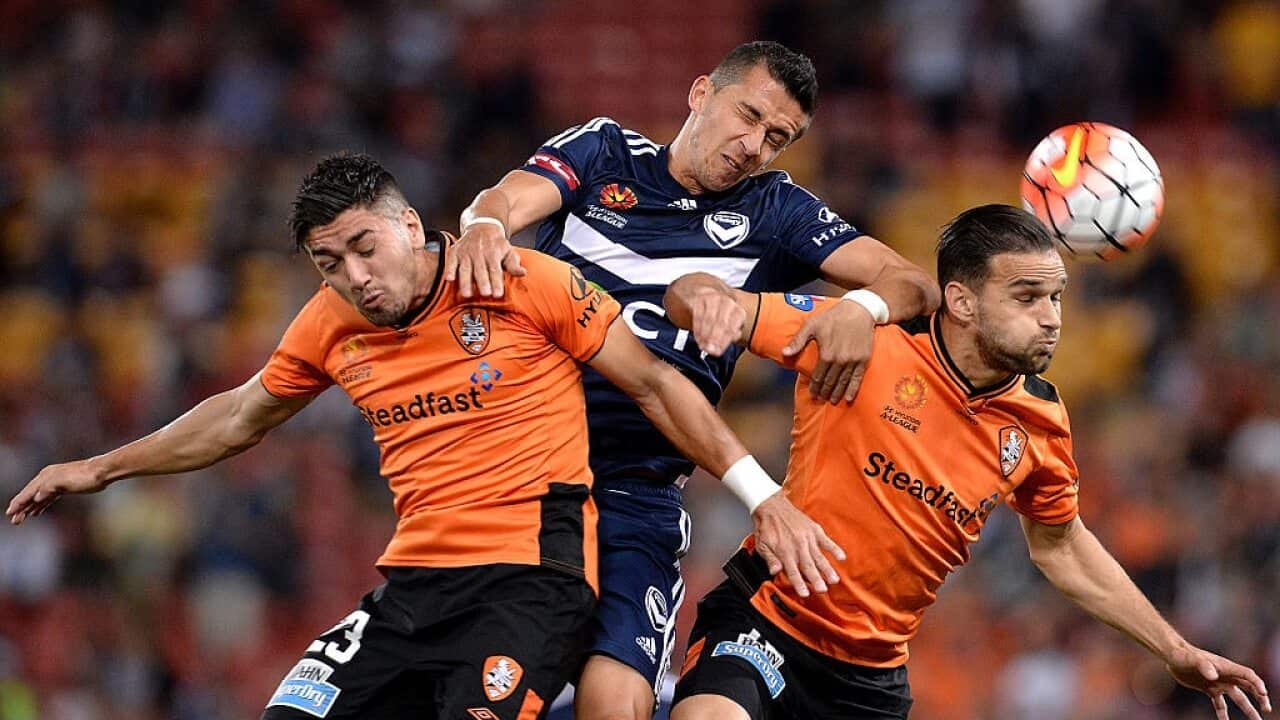 Both teams will be determined to get their premiership campaigns off on the right foot.

Advertisement
The Victory will be determined to erase the memories of their last visit to Brisbane.

Brisbane have had their fair share of controversy off the field leading into the season and first round success is the only way for John Aloisi's side to silence the doubters.

For the Victory, the match marks the first regular season matches for returning stars James Troisi and Marco Rojas.

Kevin Muscat's side will rely heavily on the attacking duo this season, while experienced striker Besart Berisha is also expected to line up at the point of Victory's attack.

Brisbane are also not short of attacking options with Jamie Maclaren back again and this time joined by former Socceroos star Brett Holman.

Under Aloisi, Brisbane have continued to develop their swift possesion based attack.

Last season, the club made more passes than any other side. They were also the most accurate passers of the ball.

The Roar and the Victory played four times in the 2015-2016 season with Muscat's men claiming a big 4-0 win in January, while Aloisi's side took out a 5-0 win in March.

Brisbane won the last clash, a 2-1 win in the elimination final, while they also played out a 0-0 draw.

With both teams determined to play attacking football there could be plenty of goals and plenty of excitement to start the season.

You can watch all the action between Brisbane Roar and Melbourne Victory LIVE and FREE from 7:30pm this Friday on SBS 2.