World record A$330 signing Neymar has been denied a Paris Saint-Germain debut on Sunday (AEST) against Amiens after his documents failed to be lodged in time. 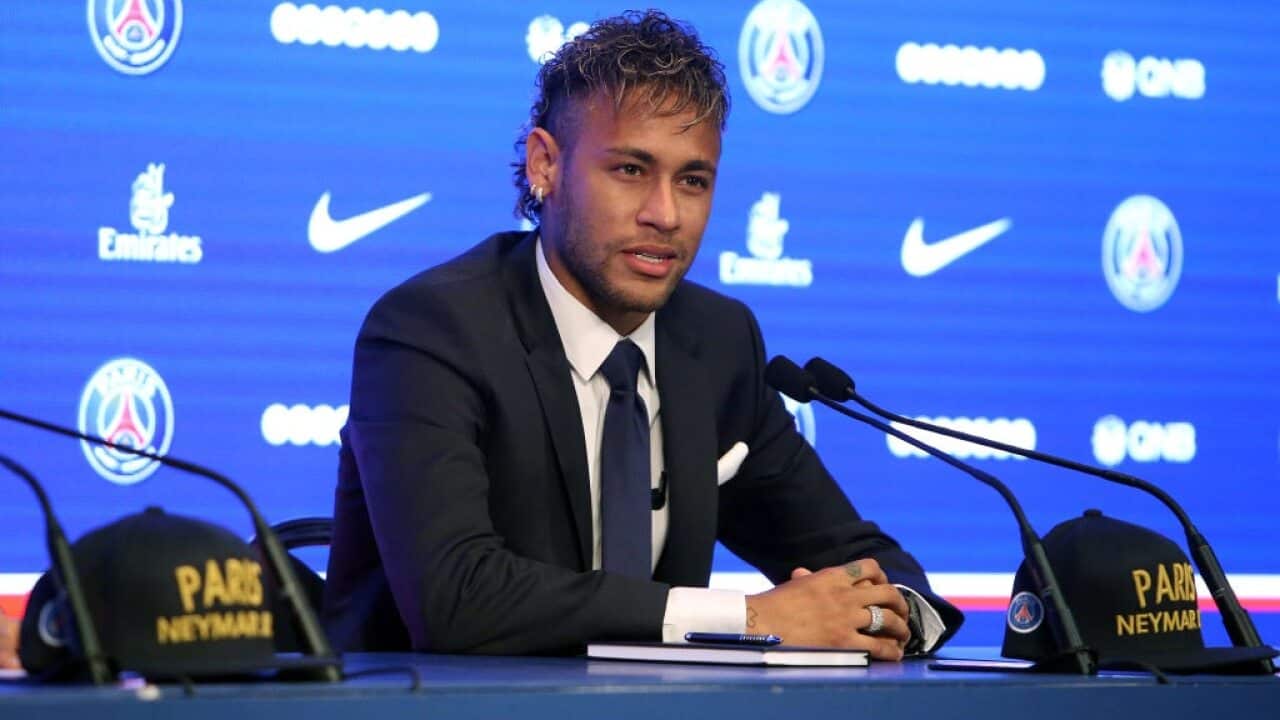 Neymar has been denied a PSG debut in their season opener Source: Getty Images

Neymar, who sealed his mega-move from Barcelona to PSG on Friday (AEST), was keen to make his debut for the Ligue 1 giants in their opening league clash, but his international transfer certificate did not meet a midnight deadline, an official said.

Advertisement
"I always want to play, so I am ready to do so tomorrow," Neymar said on Friday.

“I have trained in pre-season. I stopped for two days, but I am ready, I’ve seen the pitch and I want to put the PSG shirt on and play.”

The Brazilian will instead be presented to PSG's home supporters at the Parc des Princes.

Neymar will be greeted by a ceremony, with kick-off reportedly put back by 15 minutes to allow for the star attacker's unveiling before a sell-out crowd.

The 25-year-old arrived in Paris via a private jet on Friday and was greeted by PSG officials and hundreds of supporters.

Neymar fever has already hit Paris, with more than 1,000 fans queuing to buy a jersey with their new number 10 at PSG's Champs-Elysees shop.