Neymar poised to gain from Messi and Ronaldo pain

The shock demise of Lionel Messi and Cristiano Ronaldo from the 2018 FIFA World Cup has paved the way for Neymar to become football's new king. 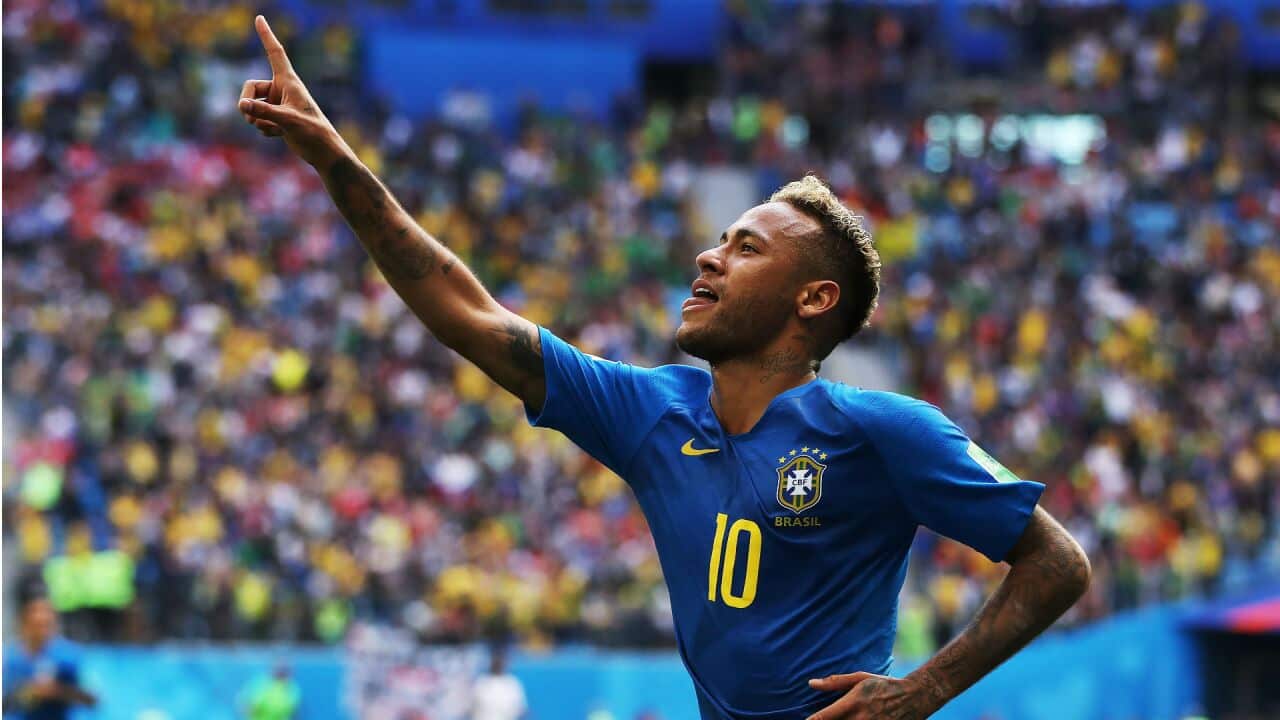 The Brazilian ace ticks all the boxes and he will see this tournament as an excellent chance to join a long list of South American heroes to lead their country to global glory.

Yet despite his extraordinary talent, Neymar was forced to live in the shadow of the Argentine and Portuguese heroes who have lit up the game for the best part of a decade.

Now that Argentina and Portugal are out of what probably will go down as the greatest World Cup of all time, Neymar has a golden opportunity to steal the limelight from the two fallen superstars.

Advertisement
Messi and Ronaldo were only a shadow of their mesmerising might in Russia and they were never able to reproduce the form they showed regularly with their Spanish clubs Barcelona and Real Madrid.

Messi generally looked like a lost soul fighting a hopeless cause although he did come up with a majestic goal against Nigeria that helped his poor team reach the last 16 before they crashed 4-3 to France.

Ronaldo played poorly by his standards in three of his four games but he showed nerves of steel to secure Portugal's 3-3 draw against Spain with a fabulous last-gasp free kick and tons of courage by scoring the winner against Morocco with a diving header in a crowded penalty area.

Neymar, whose move from Barcelona to Paris Saint-Germain last year set a transfer fee world record of A$313 million, came into the tournament after missing a large part of the European domestic season due to a nasty ankle injury suffered in February.

It is fair to say that he did just enough to help the Brazilians win their group and set up a clash with Mexico in Samara on Tuesday (AEST).

But his constant movement, ability to play telling passes and the danger he poses with his speed and dribbling skills told us that he has fully recovered from his mishap against Olympique Marseille.

With his match fitness back we are sure to see the best of him at the business end of the tournament.

Neymar has the capacity to lift players around him but he does have his critics and many might be inclined to suggest that he is more of a diver than a driver.

Some point out that as an extreme individualist he has a penchant for show-boating that can be detrimental to the team while Mexican captain Andres Guarded claimed Neymar liked to "drop to the floor a lot" in a clear case of trying to influence the match officials and former France striker Eric Cantona described him as a "great player and a great actor".

However there can be no denying that Neymar in full flight is an excitement machine and Brazil coach Tite surely must believe that the flamboyant forward has the ability and temperament to lead the 'Selecao' to the world championship.

The Brazilian striker has been knocking on the door of universal recognition ever since he burst onto the scene in 2011 when he played a key role in Santos's Copa Libertadores triumph.

His special skills did not go unnoticed in Europe and Barcelona grabbed his signature in 2013 to complete a fabulous Latin American attack comprising Messi and Uruguayan Luis Suarez.

Yet perhaps his most memorable performance for Barca came in that epic comeback win over PSG at the Camp Nou in March 2017. It took him less than 10 minutes to etch his name in the club's illustrious history.

Trailing 4-0 from the first leg in a Champions League round of 16 tie, Barcelona were staring elimination in the face when Edinson Cavani scored an away goal for PSG to make the score 3-1 in favour of the hosts after an hour.

Neymar had other ideas, though, and after scoring two late late goals in two minutes to make it 5-1 he provided a perfect ball for Sergi Roberto to slot home the winner with seconds to spare.

It was one of the few occasions in which Neymar stole the limelight from Messi.

The proud Paulista however always knew that he could never match the popularity and status the Argentine enjoyed among the club's 'cules' and he eventually ended up with PSG, a mega rich club not lacking in ambition.

Neymar's future at PSG is under a cloud if media reports in France are to be believed but his immediate priority is the national team.

Needless to say, if Neymar were to lead Brazil to World Cup glory in Moscow two years after helping the 'auriverde' to their first Olympic title in Rio de Janeiro he would be installed as one of the all-time legends of a football country that produces as many world-class players as Spain, Argentina and Germany combined.

He also would be entitled to claim that, at least for the time being, he can be mentioned in the same breath as Messi and Ronaldo.