Neymar reveals he was meant to score Barca penalty

The innovative penalty tactic employed by Lionel Messi and Luis Suarez in Barcelona's 6-1 win over Celta Vigo was meant to involve Neymar, according to the Brazilian. 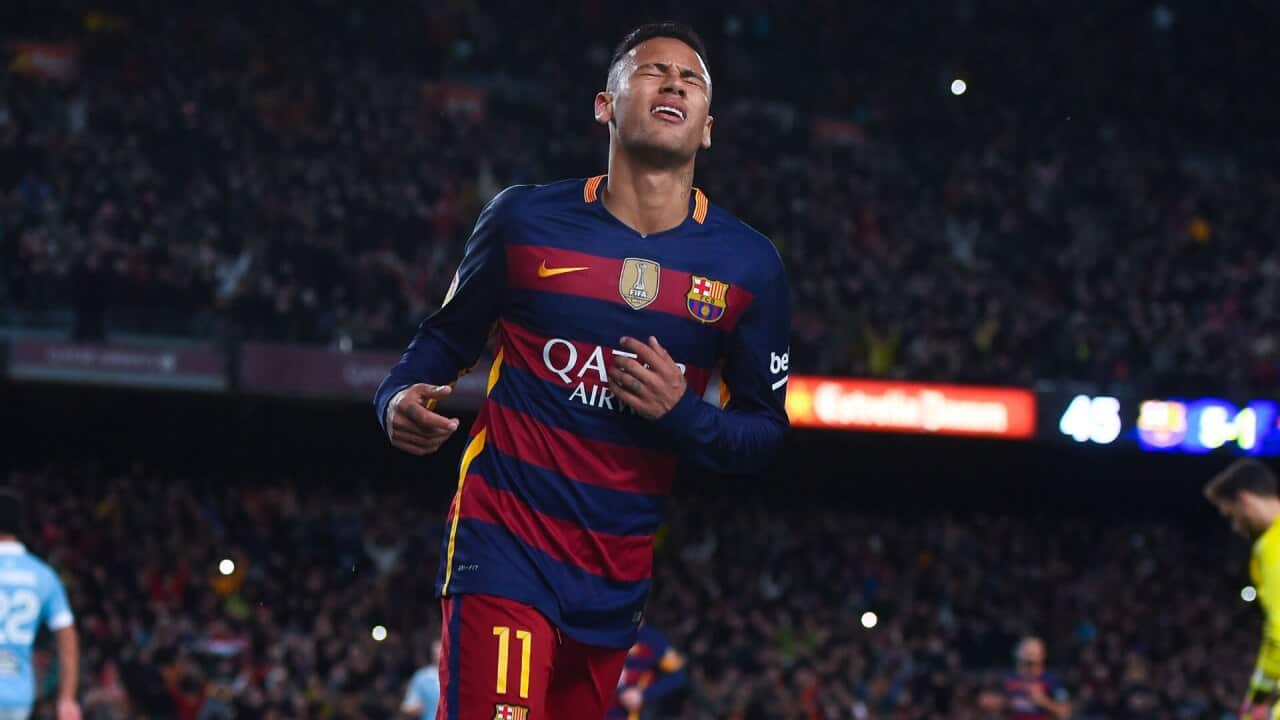 In a move reminiscent of the Johan Cruyff-Jesper Olsen pass penalty for Ajax in 1982, Messi nudged the ball ahead of the penalty spot and Suarez side-footed into the near corner to complete his hat-trick.

Advertisement
Messi scored his 299th league goal for Barca to give them the lead in the first half, although John Guidetti levelled for Celta from the penalty spot before half-time.

Messi provided Suarez with his second strike with a sumptuous assist and then shunned the chance to bag his 300th league goal, instead laying on the Uruguayan's third from the penalty spot.

Ivan Rakitic and Neymar completed the thrashing by adding a goal each late on, although talk of the penalty dominated discussions after the game.

"We trained this penalty, but for me. However, Suarez was near the ball and scored," Neymar said.

Team-mate Jordi Alba was unable to shed any further light on the matter.

"Leo always invents things and it was perfect," he said. "We hadn't seen it in any training session, we didn't know anything."

Barcelona coach Luis Enrique insisted the penalty routine was not disrespectful to Celta, who had acquitted themselves well for much of the game.

"There will be a big debate and some will like it, some won't, but as Barca players and members of the club, as well as winning trophies we try to enjoy our football in a spectacular way," Luis Enrique said.

"What we have to do is enjoy our football, respect our opponents and try and show that we are better at them at football.

"In this country a bad tackle is more acceptable than a piece of skill. We don't care about the criticism. We know where it comes from.

He added jokingly: "I wouldn't have done it as I would have fallen over."

Celta coach Eduardo Berizzo had no complaints about the penalty.

"The penalty was taken in a different way, nothing more. It was legal, and I'm more hurt by conceding goals than the manner in which they are converted," he said.

"Barcelona's players are voracious in attack."