NFL superstar Aaron Rodgers shares his love for the Socceroos 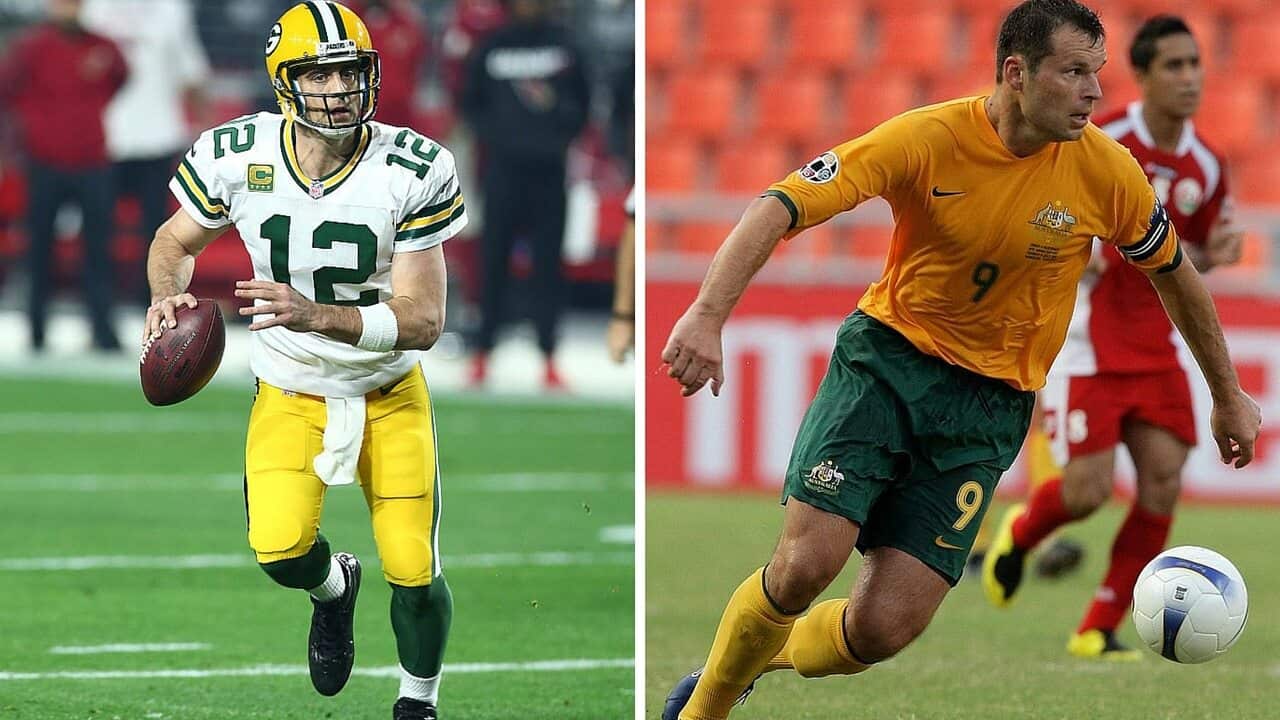 The longtime fan of the FIFA video game told The Ringer’s Bill Simmons that Australia was one of his favourite teams when he plays.

“Liverpool was my team for a long time, in the early 2000s, then Australia for the national team,” Rodgers said.

Advertisement
“I just like them (the Socceroos). Mark Viduka was unstoppable scoring goals.

“A lot of the guys in training camp pick teams like Man City and Chelsea so I had to be a different Premier League team.”

Rodger’s affinity for the Socceroos is not new with the 2005 first round draft pick telling reporters of his love for the green and gold in 2014.

“On the game I usually use Australia actually, the Socceroos,” he said.