Nice scored for the first time in four games as they drew 1-1 with Reims in Ligue 1. 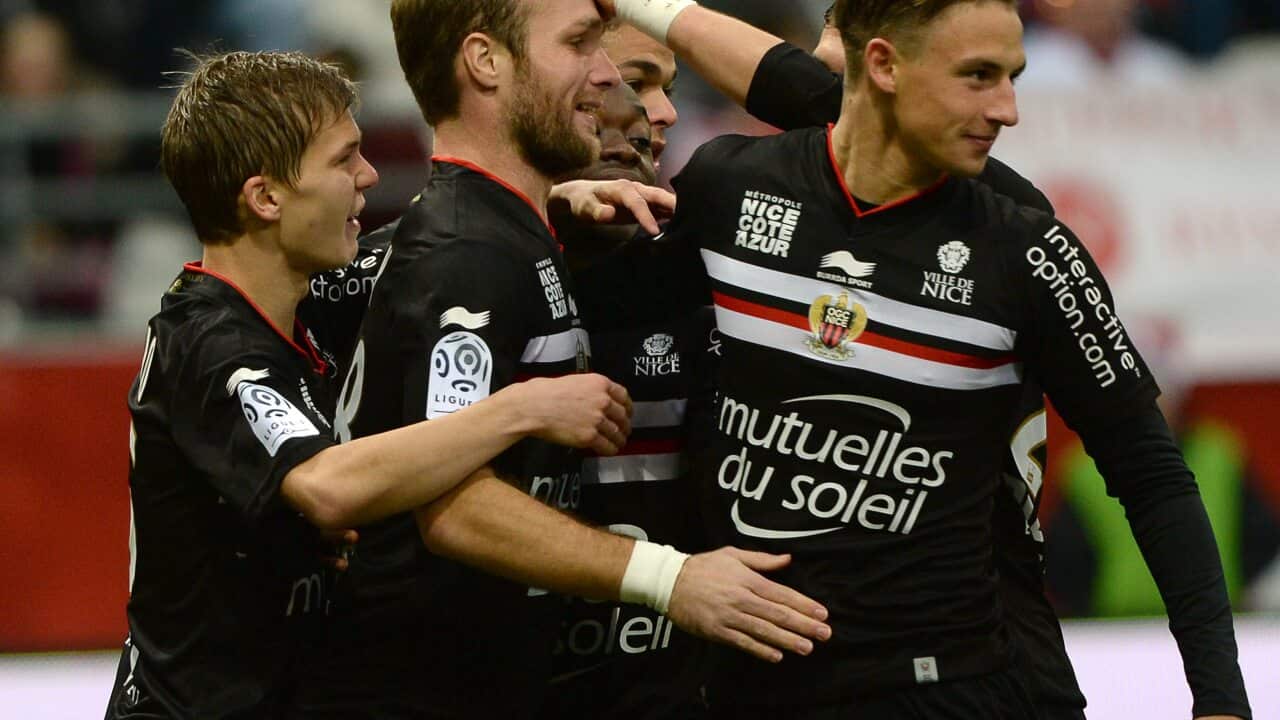 A sixth-minute header from Valere Germain was Nice's first goal since their 3-0 win over Lyon on 20 November, but they were unable to stop their winless streak extending to four games.

Diego Rigonato fired home a penalty for Reims to earn a point after Vincent Koziello had handled inside the area late on.

Lille made it three wins on the spin in December with a comfortable 3-0 home success over Lorient.

Advertisement
Eric Bautheac scored a brace either side of the half-time whistle before Djibril Sidibe added a classy third with five minutes remaining after feigning to shoot with his right foot and rifling home with his left.

Montpellier came from behind to defeat Guingamp 2-1 and enhance their survival hopes.

The visitors went ahead in the 32nd minute through Sloan Privat, who brilliantly directed a header behind him and into the far corner from Yannis Salibur's cross.

However, two cautions in six minutes for Nicolas Benezet either side of the goal reduced Guingamp to 10 men and Montpellier took advantage in the second period.

They levelled nine minutes after the break through substitute Souleymane Camara, who guided a right-wing cross from Ryad Boudebouz over Jonas Lossl.

The hosts then claimed a 62nd-minute winner as Rodrigue Ninga collected Camara's squared pass and walked the ball into an empty net.

Bottom club Troyes' winless run was extended to an 18th game, but they at least picked up their seventh point of the season in a 1-1 draw with Bastia.

It also finished 1-1 between Nantes and Toulouse, who finished the game with 10 men when Issa Diop was sent off in the final minute for shoving an opponent.

Aleksandar Pesic rounded off a breakaway attack to open the scoring for Toulouse before the hosts struck back through Emiliano Sala's header with three minutes to go.