Valere Germain and Alassane Plea struck second-half goals as Nice climbed into a UEFA Champions League spot with a 2-0 victory at Montpellier. 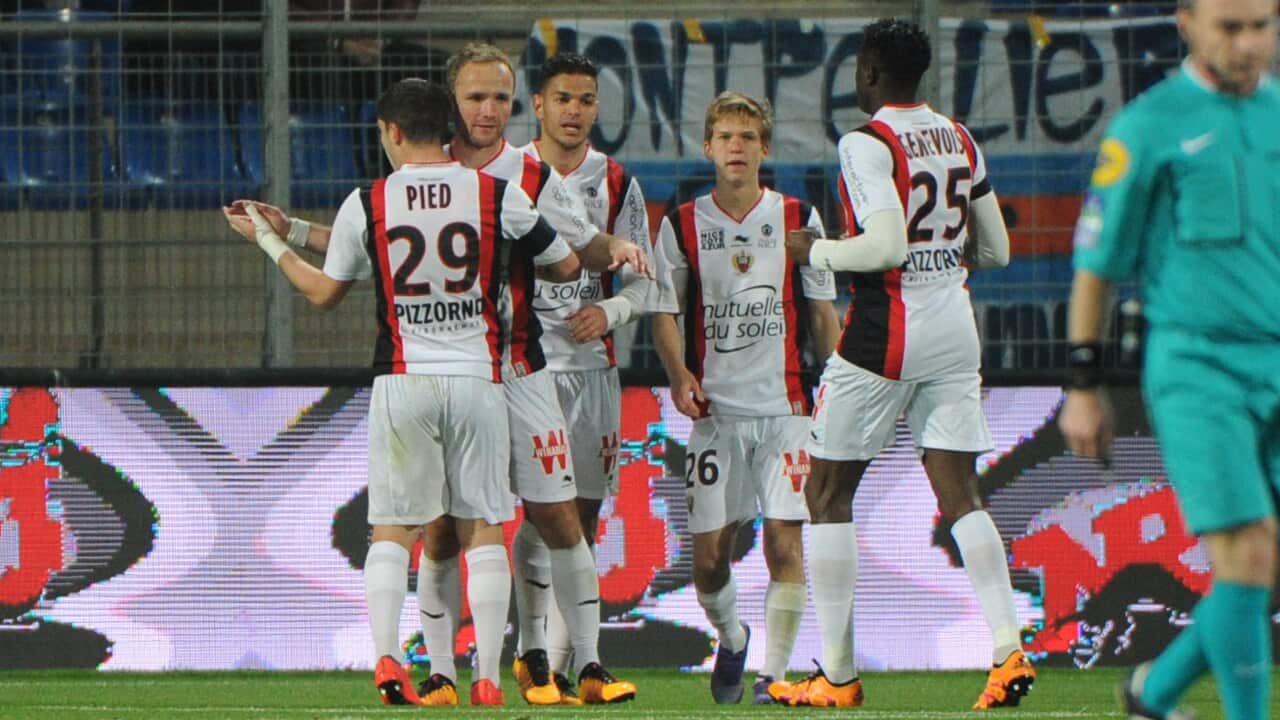 Striker Germain fired home a low shot just after the hour mark and substitute Plea crashed home his effort from outside the area to secure Nice their first away win since early November.

OL play at Rennes later this weekend - when Paris Saint-Germain have the chance to beat rock-bottom Troyes and wrap up a fourth straight title with eight games to spare.

Caen's hopes of European football next season suffered a setback as they went down 1-0 at lowly GFC Ajaccio, who clinched their first league win in 11 matches thanks to Khalid Boutaib's 71st-minute goal.

Guingamp secured their first win in six league matches and climbed up one place to 16th with a 2-0 home win against St Etienne thanks to first-half goals from Jimmy Briand and Sloan Privat.

Defeat for St Etienne extended their winless league run to four matches and dealt their European aspirations another blow.

Striker Abdul Waris's eighth goal of the season put Lorient ahead in the 34th minute but Mauricio Isla equalised for Marseille from the tightest of angles a minute into the second half.

Lille moved up to ninth place as a 2-1 win at Bastia secured them their first league success away from home this year.

Sofiane Boufal (37) gave Lille a half-time lead and Ibrahim Amadou doubled their lead in the 59th minute before Gael Danic scored a stoppage-time consolation for Bastia.

Second-bottom Toulouse gave their relegation fight a boost in style as they registered their first league victory in 10 matches with a 4-0 home win against 10-man Bordeaux.

Wissam Ben Yedder opened the scoring in the fifth minute and converted a 50th-minute penalty after being fouled by Lamine Sane, who was shown a straight red card.

Striker Martin Braithwaite (86) added another penalty after he was fouled by Clement Chantome and Oscar Trejo added a fourth in the final minute.