Nigeria's new kit, and accompanying collection of jackets and training tops, have been praised as 'amazing' and 'works of beauty' after Nike revealed the Super Eagles' national team collection ahead of the upcoming 2018 FIFA World Cup in Russia. 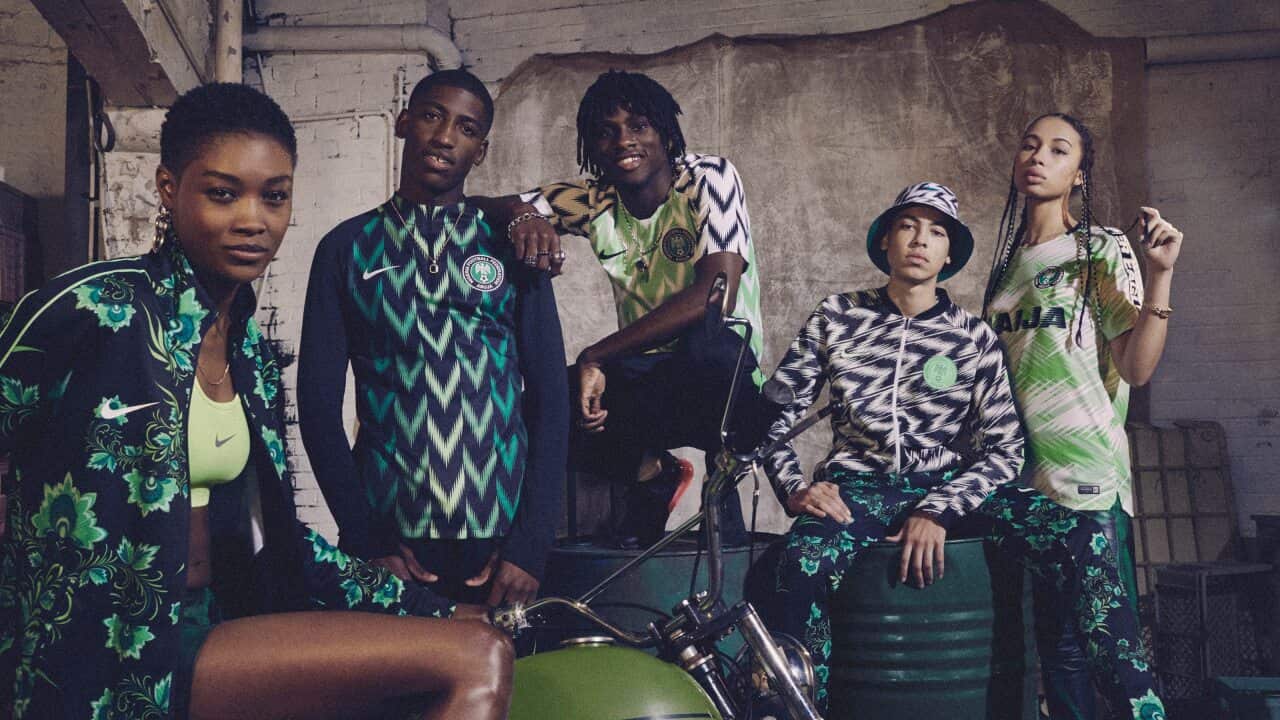 Inspired by 'Naija' spirit, which according to Nike means "youthful exuberance, pride and fresh perspective on patriotism", Nike has produced a kit for the African nation that has left kit nerds reaching for their wallets.

This exuberant edition comes after Nike also unveiled England's home, away and training kits for the tournament.

Puma have also taken a creative approach to their World Cup collection, in particular with Cameroon (who did not qualify), Switzerland and Uruguay.

Umbro have decided to stick with Peru's iconic red slash for their iteration, as the South Americans prepare to do battle with France, Denmark and Australia in Group C.

In all, 16 of the 32 World Cup finalists have released their kits, however the Socceroos are not one of them, with Nike still yet to unveil their latest design.