With only nine rounds remaining in the 2015-2016 A-League premiership rounds, here are nine of the major talking points in the run into the finals. 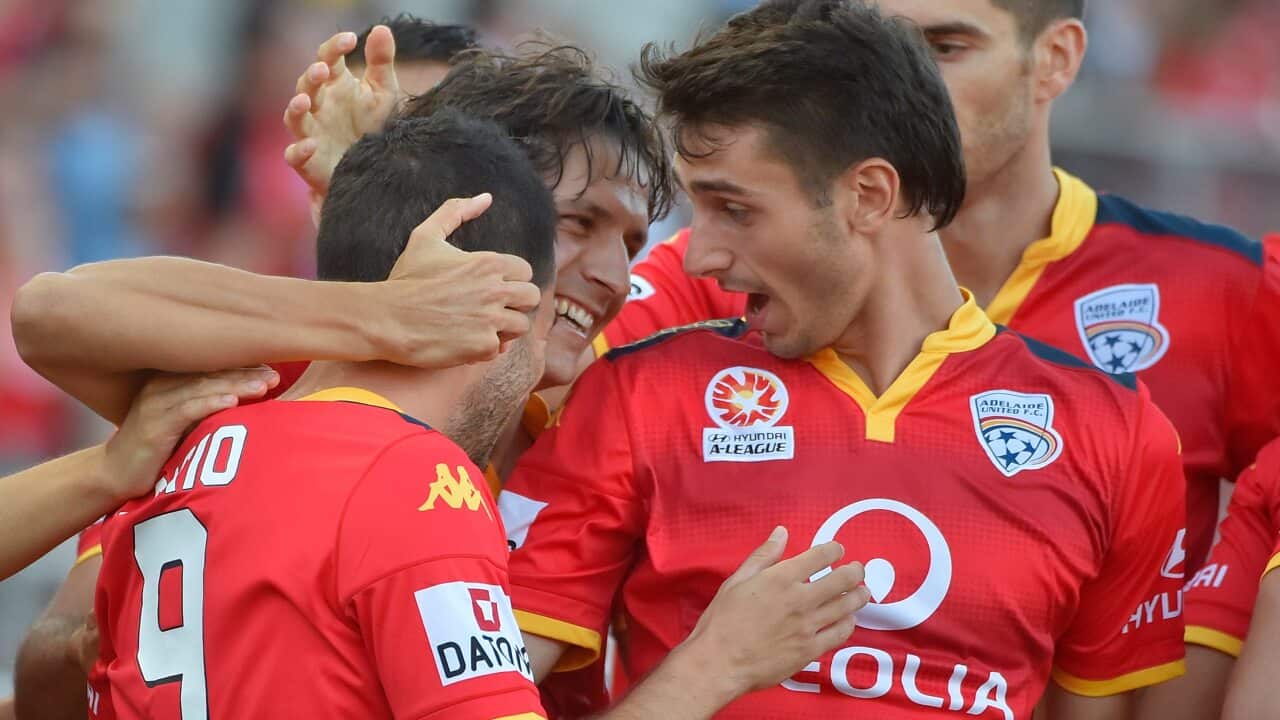 1. Will Adelaide United bounce back from their AFC Asian Champions League disappointment?

This is not going to be an easy thing. That was a crushing blow to Adelaide on Tuesday night, losing 2-1 to Chinese side, Shandong Luneng in a one-off qualifying game for a place in the ACL proper.

Advertisement
The experience must have been draining, but now the Reds must try to regroup to play Central Coast Mariners at Gosford on Sunday. How will they respond?

Adelaide are unbeaten in their last 10 games, but despite that great run they are still only sixth on the table because they came from so far behind, having not won any of their first eight games. They can't afford to lose momentum.

2. Will David Carney be a major force for Sydney FC or just a bit-part player?

Carney doesn't lack confidence, so he'll be backing himself to be a major force. Still, it depends on how coach Graham Arnold wants to use him, positionally, over time and whether he quickly becomes a regular starter or mostly comes off the bench.

Sydney is a bit different to Newcastle Jets, where Carney was the stand-out player on form this season before his recent switch of clubs. He will have to fit into a system where there are already a number of influential players in the team.

The Sky Blues will soon have the ACL to consider as well as the A-League, so most of their squad will get a good work-out.

3. Who will finish the 27 rounds as the competition's leading goal-scorer?

It appears to be a race in two, possibly three, but only if Jamie Maclaren can shoot the lights out from here.

The advantage for Berisha is that he takes Victory's penalties - the Albanian has three goals from the spot.

What Fornaroli has had going for him is City's accent on attack - they are easily the highest-scoring team in the competition, with 44 goals.

But is there a chance City will become at least a bit more conservative in the run home, to try to remedy their defensive failings.

As good as Fornaroli is, it's going to be hard for him to avoid Berisha sneaking past.

4. Can Perth Glory, or even Newcastle, make a real run at the finals?

It looks a stretch for the eighth-placed Newcastle, who are eight points shy of sixth. To be taken seriously, they really need to get an upset win over Brisbane at Suncorp Stadium on Friday. But Perth are a different story.

Seventh-placed Glory have won three in a row and are only five points behind sixth-placed Adelaide. A win over Sydney at Allianz Stadium on Saturday would leave Perth either two or three points outside the six.

Glory's revival has come mainly off the back of a fabulous burst of form from import Diego Castro. In Perth's last four games, Castro has scored five goals, and Chris Harold four.

Not necessarily. Their 3-1 win over Wellington Phoenix on the road, two games back, gave them life. Bottom-placed Central Coast are on 12 points and the ninth-placed Phoenix are on 16.

So the gap is tightening and with there's still plenty of time left to overcome a four-point deficit.

Phoenix have suffered badly from being without their main attacker, Roy Krishna, due to injury.

Central Coast on the other hand are enjoying the experience of former Liverpool star Luis Garcia being at the club. The battle to avoid the wooden spoon is not over yet.

6. Will Melbourne City find the answer to their defensive woes?

That is the $64,000 question. They'll still make the finals whether they tighten up their defence or not, because they've got so many good players and score loads of goals, but they probably can't win the title unless they start defending better. And not just at the back, but all over the park.

City have scored easily the most goals of any team, 44, but have conceded 33. The only team with a worse defensive record is Central Coast, who have let in 42.

Coach John van't Schip has experimented with different formations, including the 3-5-2 which Western Sydney exploited in their 4-3 win two rounds back. Last week, City used a 3-4-3 formation and lost 2-1 to Newcastle on the road.

On Saturday, City play Victory in the Melbourne derby at AAMI Park. It will be interesting to see if they persevere with three at the back in that one.

When Victory produced a sensational second-half to come from 3-0 down against the Mariners and draw 3-3 and then backed it up with a 4-0 thumping of Brisbane, everyone thought they were back to their best and would stay that way.

But it didn't stay that way. In the next round they needed a Sydney FC own goal for a 1-0 win and then lost 3-2 to Glory.

Last weekend we saw the strange sight of Victory being under the pump for the entire second-half against the Wanderers and just trying to hang on to a 1-0 lead. They couldn't as it finished 1-1.

It hasn't quite been the same Victory this season as the one that won last year's title and pretty soon they will have the ACL to deal with as well.

You can't just expect them to be able to turn it on like a tap. They're going to have to dig deep and really want it.

8. Can Western Sydney Wanderers get some more goals out of Romeo Castelen and Dario Vidosic?

It would be handy if they could. The Wanderers have already had to overcome marquee striker Federico Piovaccari not being remotely the force he was expected to be.

Fortunately, Mark Bridge and Mitch Nichols, with eight goals apiece, and super-sub Brendon Santalab (five) have combined to pick up the slack.

READ MORE
Santalab's presence a present for the Wanderers

But they need improved accuracy from both Castelen and Vidosic, to cater for those times when one or two, or, heaven forbid, all of the other three are not on their game.

Castelen has had the most shots of any Western Sydney player this season, with 39. But he has only scored one goal.

The 32 year-old is great with the ball at his feet and at taking on defenders, but his shots are too often either wide or straight at the goalkeeper.

Vidosic has had 37 shots, the same number as Nichols, but has come up with just two goals. It's not nearly a good enough return from either him or Castelen.

9. Can Jamie Maclaren and Brisbane Roar handle an increased defensive focus on the hot-shot young striker?

When Brisbane recently had to do without attackers Maclaren and Brandon Borrello for three games due to their commitments with the Australia Under-23 team, they drew 0-0 with Phoenix and were flogged 4-0 by Victory and 4-1 by Adelaide.

Since the pair returned, Roar have beaten Sydney 3-1 and the Mariners 4-0. Maclaren scored two goals against the Sky Blues and one against Central Coast, and is third on the competition's goal-scoring list with 10 from his 14 games.

Borrello was keeping pace with Maclaren for goals scored early in the season, but Maclaren is now double his fellow attacker's tally. Borrello remains important to the cause, but Maclaren has become crucial.

The 22 year-old is not just a terrific shooter, but he makes great runs and is also unselfish. If he thinks a teammate is in a better position to perhaps score, he'll try to find him. Maclaren has three goal assists. But with increased impact comes greater attention.

Opposition coaches would have obviously noted the substantial effect Maclaren has had on Roar's fortunes and would be developing plans to do more to try to negate that. There will be increased defensive heat on him in the run home.

But Maclaren is a fierce competitor, so one thing for sure is that he'll accept the challenge.