Norwich's Bassong relegated for sixth time in a decade

Norwich City may bemoan their second relegation in three seasons but defender Sebastien Bassong will be cursing his luck after suffering his sixth demotion in a decade. 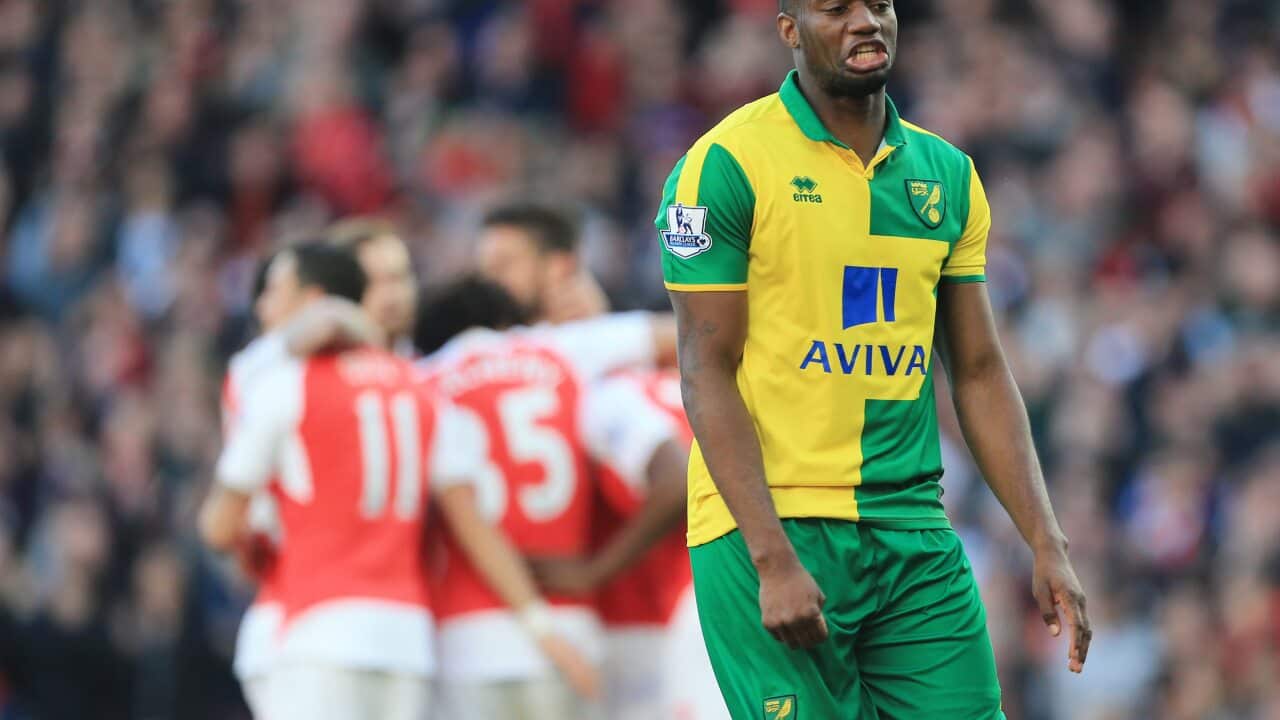 The 29-year-old was an unused substitute in the 4-2 home victory against Watford in midweek, but Sunderland's 3-0 win over Everton meant that the Canaries and Newcastle United will join Aston Villa in the Championship next term.

Advertisement
The Cameroon international started his career at French club Metz, making his debut in 2005 after coming through the ranks at the club. However, during his three-year spell in the first team, he was part of two relegation campaigns from Ligue 1, despite a Ligue 2 championship in-between.

Newcastle came calling in July 2008, and he was voted the club's player of the year in his only season on Tyneside, but could not prevent the Magpies from going down to the Championship for the first time in 20 years.

Despite Newcastle's relegation, Tottenham Hotspur signed the centre-back for $15.78 million in August 2009 but he found first-team chances limited in North London and was loaned out to Wolverhampton Wanderers for the second half of the 2011-2012 season. The Molineux outfit, though, succumbed to demotion from the Premier League, Bassong's fourth of a hapless career.

Chris Hughton, who was the Newcastle boss who signed Bassong in 2008, linked up with the defender once again at Norwich in 2012 and guided the East Anglia-based side to an impressive 11th-place finish in the Premier League in his first season.

But his second campaign at the Canaries ended in another relegation - joining the likes of Hermann Hreidarsson and Marcus Bent on five career demotions, although the latter pair's all came in the Premier League.

However, confirmation of Norwich's demotion this week from England's top tier has ensured that Bassong's name will be written in folklore for all the wrong reasons.

Norwich manager Alex Neil said: "I think that's unfair. We got relegated as a team and we'll go down as a team, not as individuals. To single Seb or another player out, I think is extremely unfair, because everybody played their part."