Melbourne City forward Harry Novillo has been handed a two-game ban for his role during the half-time melee of the A-League clash with Adelaide United on Friday night. 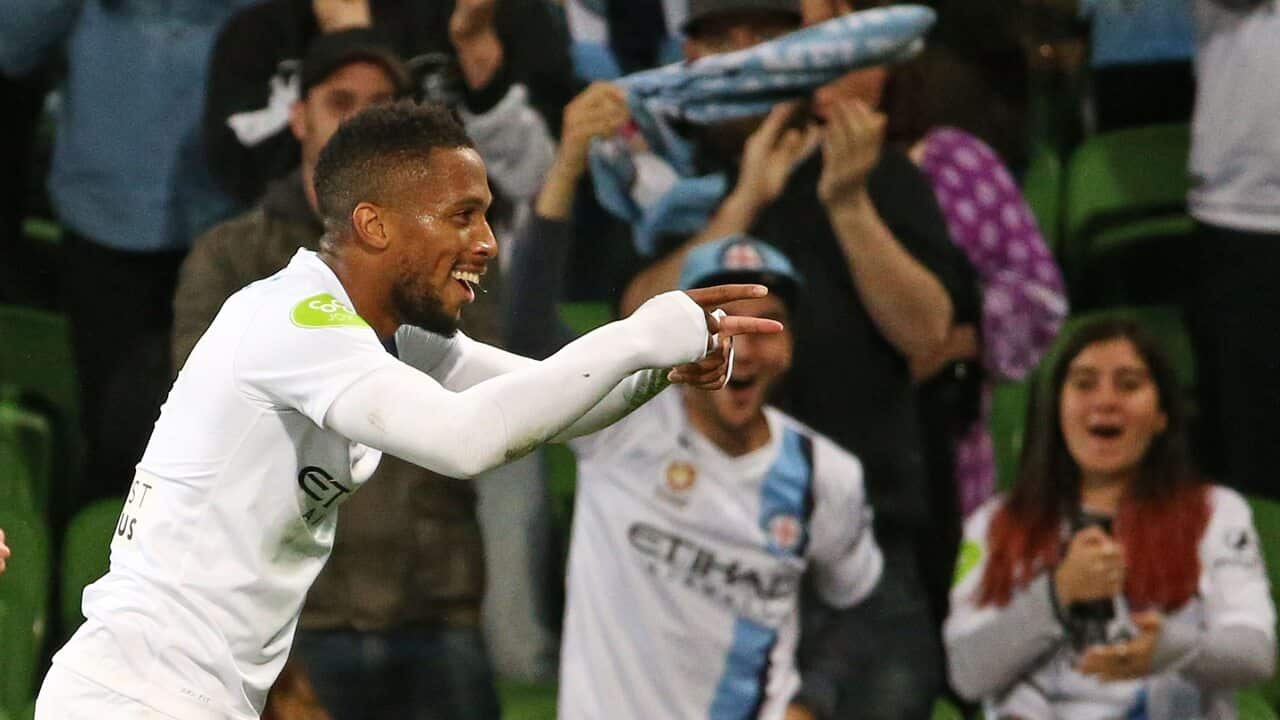 While Novillo received a yellow card for unsporting behaviour before the second-half commenced, the independent Match Review Panel (MRP) has found the Melbourne star guilty of "assault on a player".

The 24 year-old Frenchman will miss two matches, including City's elimination final against Perth Glory on Sunday.

He will only return to John van't Schip's side if they progress through to the A-League grand final on 1 May.

Novillo has until 12:00pm (AEST) on Wednesday if he and the club wish to refer the matter to the Disciplinary Committee.

A statement from the independent Match Review Panel read:

"The MRP determined that the Player committed the offence of Assault on a Player (e.g. violent conduct when not challenging for the ball). The MRP has proposed a sanction of two (2) matches (comprising the Mandatory Match Suspension plus one (1) additional match, being the minimum sanction for the offence).

"Under the Regulations, the Player may refer the matter to the Disciplinary Committee for hearing and determination of the sole question of sanction. The Player has until 12:00pm (AEST) Wednesday 13 April 2016 to advise whether he wishes to do so."