Novillo stood down from training after altercation

Melbourne City have confirmed that Harry Novillo will not participate in "squad training" whilst the Club conducts a full investigation into an alleged altercation that ended with police handcuffing and escorting the 24 year-old away. 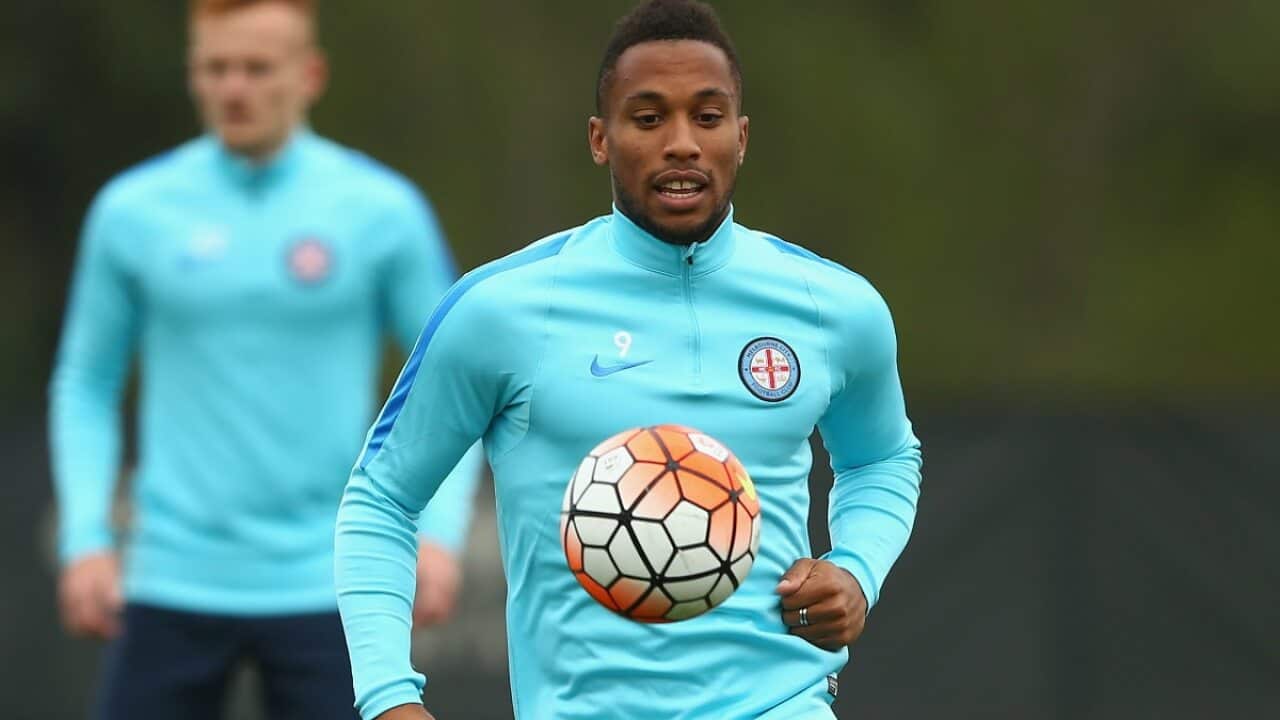 Yesterday The Age reported that police were called to Novillo's apartment at 3:30am on Tuesday morning, following a verbal dispute with his partner.

They also reported that police were responding to a request from a 23-year-old woman, who was in a distressed state.

As yet no charges have been laid against the former Lyon striker.

Advertisement
In a short statement Melbourne City said, "The club has begun a full investigation of the matter, engaging all associated and relevant parties."

"Harry Novillo will not participate in squad training whilst the investigation is in progress.

"In the interest of due process, the club is not in a position to comment further until the investigation is completed."

Novillo signed with Melbourne City in March last year, becoming a star player this season with 9 goals in 15 games this season.

Novillo joined City are leaving Ligue 2 side Clermont Foot in January 2015, allegdly following an incident with a team-mate.

Melbourne City take on Central Coast Mariners on Sunday and it is unlikely Novillo will feature.