Oar braces for a crucial test of his Socceroos ambitions

Brisbane Roar's flying winger Tommy Oar said his form in the next three months in the A-League will make or break his bold attempt to regain his spot in the Australia team. 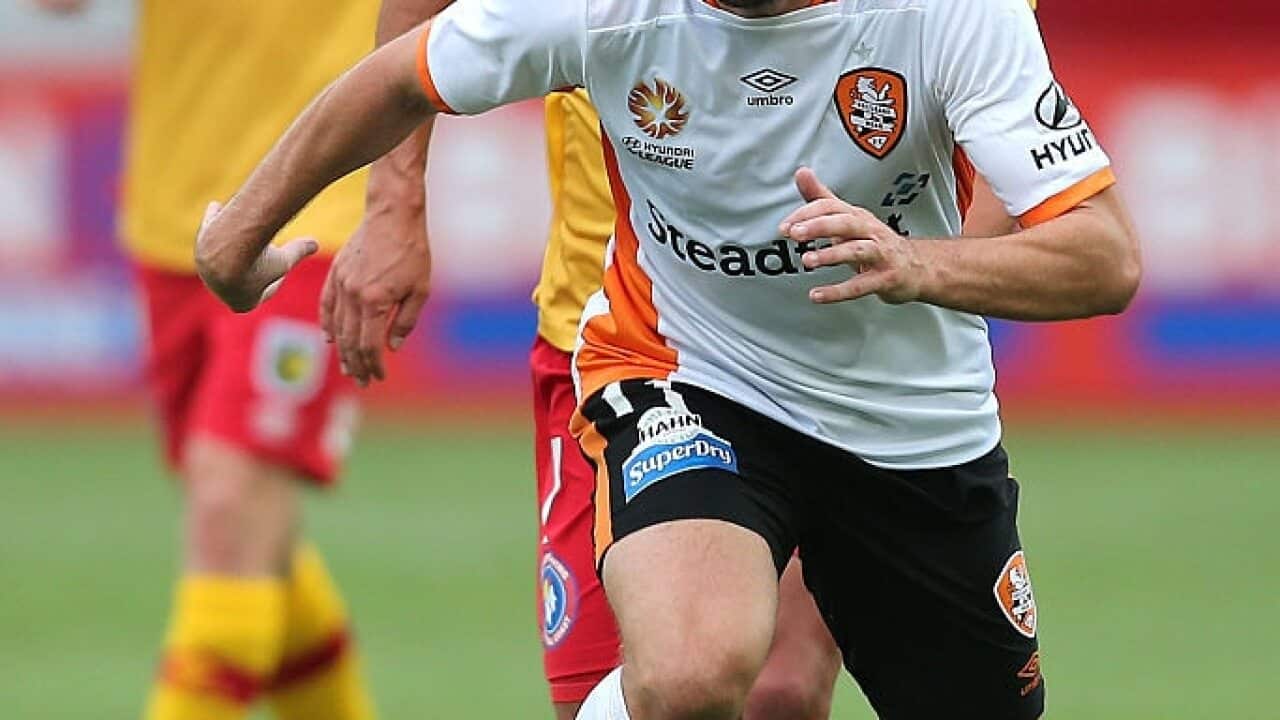 Oar, who started all three Socceroos matches in the 2014 FIFA World Cup, has not played for the national team since they beat Bangladesh in Dhaka 13 months ago.

Oar signed for Brisbane at the start of the year but his form during the last A-League season was patchy and his confidence looked low.

But a series of eye-opening performances for Brisbane this season have not only made John Aloisi's team one of the favourites for the championship but revived his ambitions to play again for Australia after many pundits believed he was done as a Socceroos player.

Advertisement
However Oar is the first to admit that although he has been playing well and enjoying his football again after a frustrating stint at Ipswich Town in 2015 the next three months will determine if he is good enough to make the Socceroos squad for the 2018 World Cup qualifiers against Iraq and the United Arab Emirates in March.

"For the first time in a couple of seasons I am playing regularly. I also have had a good pre-season so I'd like to think that my current form is showing," Oar said as he prepares to face Western Sydney Wanderers at the weekend.

"I came to Brisbane early this year but by the time I got fit the season was over.

"I'm enjoying playing in Brisbane because it's the strongest and fittest I've ever felt. I have no regrets about coming home and working with Aloisi and my old mentor Craig Moore.

"I'm not focussing on the March qualifiers too much. There is still there months till those games.

"I feel that my form is definitely improving and I'm feeling more confident as the season goes on and I am really hopeful that I can find another gear in terms of goals and assists in order to give myself every chance to get back into the Socceroos mix.

"Getting the rhythm back which comes with regular football is the most important thing.

"Whether I've done enough so far remains to be seen. What I've done so far counts for very little if I don't perform in the next three months so I am trying to improve further - and I know I can - so as to give Ange Postecoglou no other alternative but to pick me."

Postecoglou has used three-striker and four-midfielder formations in the last few months as he tries to find the right formula with which to make a final assault on a place in the World Cup in Russia.

Oar is essentially a left-sided attacker - although he has occasionally played on the right in Brisbane's fluid and flexible 4-3-3 this season - and he said the Socceroos' formation would have little impact on his chances of returning to the national fold.

"I think sometimes people tend to read too much into formations and over-analyse them and to be honest the Socceroos' set-up would not affect my aspirations to play," Oar said.

"With Ange it is all about playing in a certain way and with a certain philosophy. He obviously tweaks things around but it does not really matter if we have three or four in the middle.

"Sometimes Australia's 4-4-2 actually becomes a 4-3-3 in a game so my chances of playing for the Socceroos do not depend on the formation Ange uses.

"I think any attacking player would like to be as high up the pitch as possible, in an area where he is likely to be more involved, depending on the opposition of course.

"It's all about implementing his philosophy and for me it won't matter much if I'm asked to play as a wide player in a 4-4-2 or in a 4-3-3. The roles are different but I'm comfortable with both."

Oar said he was determined to see out the season with Brisbane essentially because moving abroad again would be too risky in terms of his aspirations to wear the green and gold.

"I'd love to play abroad again at some stage in my career but I'm playing regularly week in week out at the moment which is what I want to do so why would I want to compromise that by going abroad again without knowing if I'll play every week," Oar said.

"I'm really happy and comfortable in Brisbane and I'm not focusing on leaving.

"As far as I now I can see no reason I won't be here till at least the end of the season."