Socceroos winger Tommy Oar is the first to admit that he could have played better for Brisbane Roar last season but says he did not deserve the constant criticism from the media. 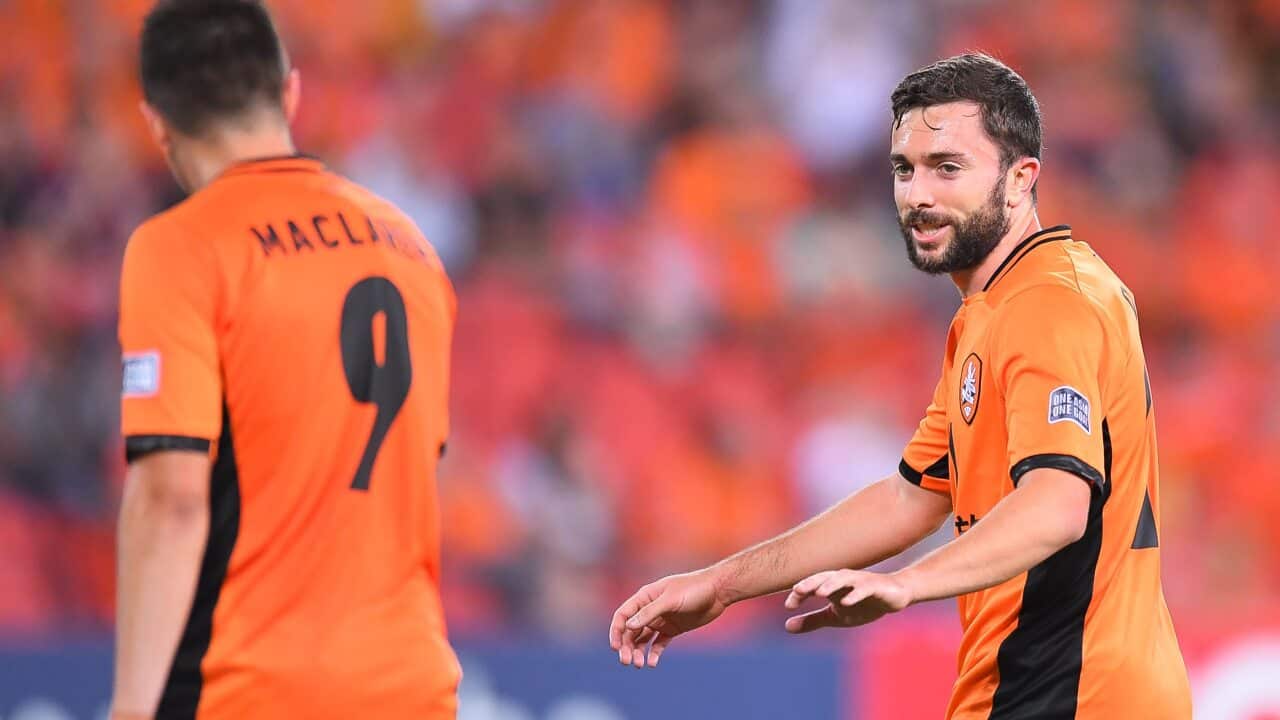 Tommy Oar feels he was poorly treated by the media in Australia Source: AAP

Oar left Brisbane one year ahead of the termination of his marquee contract and joined up with Cypriot champions APOEL.

Oar, 25, admitted that he was unable to play at this best in his short stint with John Aloisi's side but said the media criticism at times was unfair.

"Some critics will have a negative viewpoint on your performance even when they are saying something positive about you," Oar said from Nicosia.

Advertisement
"Even if I played a good game it was never enough for some.

"This really is unfortunate because it affects the judgement of people who do not really know what's happening.

"No player likes being criticised but sometimes the criticism was a bit too much.

"Last season was all about getting to play again after having two disrupted seasons since I decided to leave Utrecht and when I left Ipswich Town.

"I had some good games for Brisbane and some less so. Unfortunately for me when I started to find some good form halfway through the season I tore my hamstring and had to start from scratch. I'm not making excuses but that's just the reality."

"Of course I would have liked to do better. But regardless of how I performed I would give the same answer ... any ambitious person is never satisfied and always wants to do more.

"One thing I've learnt is that regardless of anything you're always going to have critics and admirers so for me it's not important what people were saying ... only what the coach thought."

Oar is looking forward to the next exciting chapter of his career in Cyprus in the eastern Mediterranean and he made it a point that he is not finished as a Socceroos player and would do everything possible to regain his spot in the squad that is fighting for a place in next year's FIFA World Cup in Russia.

Socceroos coach Ange Postecoglou is adamant he will pick players who are performing regularly with their clubs. He has made only a few exceptions.

Oar should get plenty of game time with APOEL who are expected to play about 60 matches this season.

But he knows well enough that it all depends on how he performs with the club that is two ties away from securing a spot in the glamorous UEFA Champions League.

"Getting game time is not enough, it has to be quality game time," he said.

"If I perform well for APOEL, it will give me a chance to get back into the Socceroos' reckoning. But my sole focus is on club football at the moment. If I can do well then we will see what happens."

Oar played in the 2014 World Cup In Brazil and he yearns for another experience of playing in the game's biggest event among the world's finest players.

"Of course, to get back in and maybe play in the World Cup would be great but don't get me wrong. It will only happen if I perform well here," he said.

"So if I looked at the next Socceroos camps, for example, I'll lose my focus here and won't perform to my best.

"The best approach is to always only look at one game ahead and do all you can to perform well in that game."

Oar is expected to play a key role in APOEL's Champions League two-legged qualifier against Romania's Viitorul, starting on Wednesday.

"This Viitorul team is interesting. It is owned and coached by Gheorghe Hagi who is a Romanian legend," Oar said.

"They have a very young side and will provide a unique challenge. Our team however is full of internationals and I'm very confident of overcoming the challenge."