Australia's World Cup forward Tommy Oar is baffled and devastated by his omission from APOEL's squad for the UEFA Champions League. 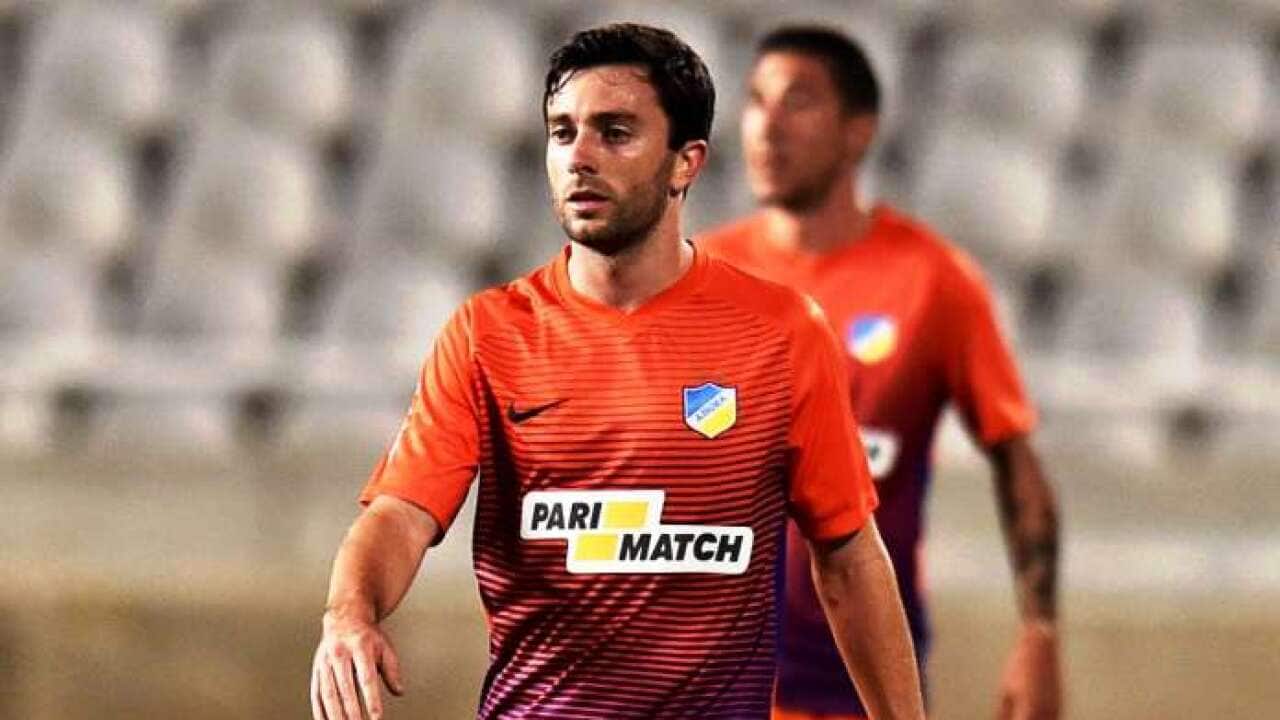 After helping his Cypriot team qualify for the world's most glamorous club tournament, Oar was left out of the 25-man squad by new coach Giorgos Donis, the former Greek international who replaced Dutchman Mario Been in July.

Oar is still coming to terms with his omission that deprives him of facing Real Madrid, Borussia Dortmund and Tottenham Hotspur in Group H at such iconic venues as the Bernabeu, Signal Iduna Park and Wembley.

Advertisement
"I have never played in the Champions League and I was looking forward to playing on such a big stage. It was my childhood dream.

"But these setbacks are part of football so I just have to prove the coach wrong by performing in the domestic league.

"The coach has not told me specifically why he left me out. Since we qualified he made a lot of signings especially in the front third."

Oar left Brisbane at the end of the last A-League season and was thrilled to join the ambitious and wealthy club and work under Been. He was voted the fans' man of the match in each of APOEL's first three UCL qualifiers.

But when Been was sacked after APOEL's 1-0 defeat to Romania's Viitorul in the first leg of a qualifier, things started to go wrong for Oar.

His game time in the first team became less regular and the day after the transfer window closed he was told of his omission from the UCL squad.

"It is always difficult when a new coach comes in because it takes a while for opinions to be formed," Oar said.

"But I will do all I can to force my way into his plans if I'm not already.

"I have a three-year contract and I will do all I can to help APOEL win the championship and hopefully prove they made the wrong decision to drop me from Europe."

Oar, who started for the Socceroos in all three group games of the 2014 FIFA World Cup in Brazil, is determined to give himself the best chance of playing in Russia in 2018.

He saw the Champions League as the perfect platform from which to remind Socceroos coach Ange Postecoglou that he can still make a contribution to the national team that needs to successfully negotiate two home-and-away playoffs to clinch a World Cup spot.

"Playing in such a great competition as the UCL would have been beneficial for my chances but it was not to be," he said.

"I've always maintained that my focus is purely on club football and if I play well enough for APOEL a chance for the Socceroos will come."

Oar, who started his professional career with Brisbane Roar in 2008, says he was approached by an A-League club recently but says a return to Australia is  not on the cards anytime soon.

"I heard a few things from an A-League club last week after the transfer window closed. But I have no ambition to come to Australia in the short or medium term after returning to Europe a few months ago," he said.

"I'm 25 and, as I said, I have a three-year contract with APOEL. After that, who knows what will happen?

"In football you can never rule out anything."

APOEL kick off their Champions League campaign with an away assignment at Real Madrid.

With Oar out of the running, Celtic's Tom Rogic and Feyenoord's Brad Jones are the only Australians to play in this season's tournament.