Off-contract Troisi reveals A-League rivals are 'on the prowl'

Playing against Melbourne Victory next season has emerged as a serious option for James Troisi, who revealed several other A-League clubs were "on the prowl" for his signature. 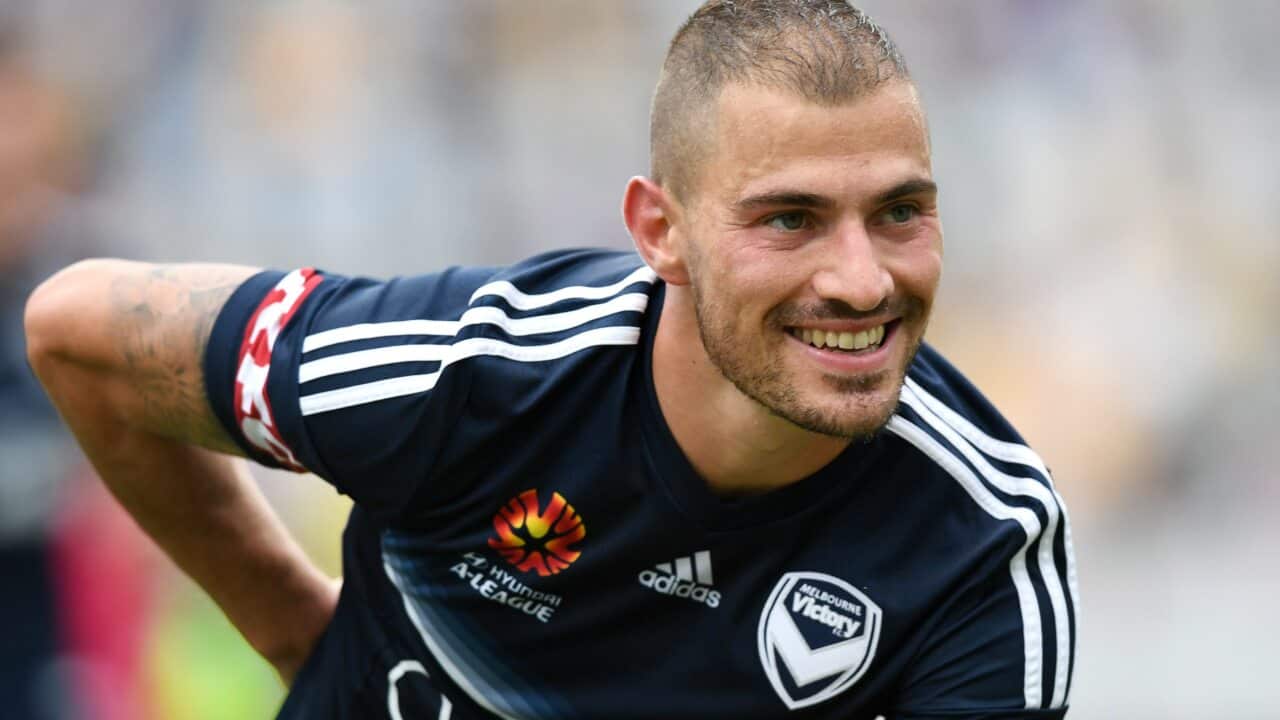 Troisi is determined to get what he believes he is worth and it is clear that can only come from him being elevated to marquee player status.

Victory have a marquee spot available, with Oliver Bozanic having recently departed to play in Japan.

"The most important thing for me is to keep playing well and I'll let my football speak for me," he told The World Game.

Advertisement
"Obviously that [Victory] marquee spot is up for grabs and as it is I'll be a free player next season, so we'll see how the club want to handle that.

"I'm happy at the moment and playing some good football, so I'd be happy to stay in Melbourne.

"But in saying that there are a few other options as well and other A-League clubs on the prowl now, so it'll be interesting and we'll see what happens."

Troisi would not say which clubs, but there are only a few other clubs apart from Victory that would have a marquee vacancy and may be able to offer enough to attract him - Melbourne City, Sydney FC, Brisbane Roar and Adelaide United.

One of City's marquees, Nicolas Colazo, is coming to the end of a one-year loan deal from Argentine club Boca Juniors.

Sydney marquees Bobo and Filip Holosko are both coming off contract. Milos Ninkovic is likely to be elevated to marquee status there, leaving a decision to be made on the other spot.

Adelaide goalkeeper Eugene Galekovic is coming off contract and has been linked to City for next season. The Roar's Thomas Broich is also coming to the end of his deal and at 36-years-old it is not clear whether the club intends to re-sign him.

Troisi made a successful return to the Socceroos in their 2-0 win over United Arab Emirates in Sydney on Tuesday.

In the wake of that, he said he was comfortable with where his contract negotiations were at.

Troisi needs to be playing regularly to give himself the best chance of being included in a Socceroos squad that hopefully plays at next year's FIFA World Cup in Russia and said he wouldn't consider going back to playing overseas unless he was absolutely convinced it was the right opportunity.

"You've got to be careful to make the right decision," he said.

"I said a couple of weeks ago I don't really want to take a gamble. So if it's not right going overseas I won't take it,.

"But in saying that it has to be right here as well and I'm not going to sign just to sign.

"Obviously I'm a good player and good players need to be paid right."

Sydney CEO Tony Pignata declined to say whether the club was interested in Troisi or not.

"We don't comment on any player contracts or negotiations or anything like that," he told The World Game.

Melbourne City also never comment on player retention or recruitment possibilities unless they have an announcement to make.

Troisi said he wouldn't rush to make a decision on his future unless something stunning came up now.

"Yeah, unless something really grabs me," he said. "I'm really enjoying my football at the moment. Obviously that [his future] is in the back of my mind, but I don't want to think about that too much right now."