ANALYSIS: Central Coast coach Paul Okon would have been entitled to bask in the glory of a stunning victory over Western Sydney on Sunday but instead he chose to beg the football community to give his young side a fair go. 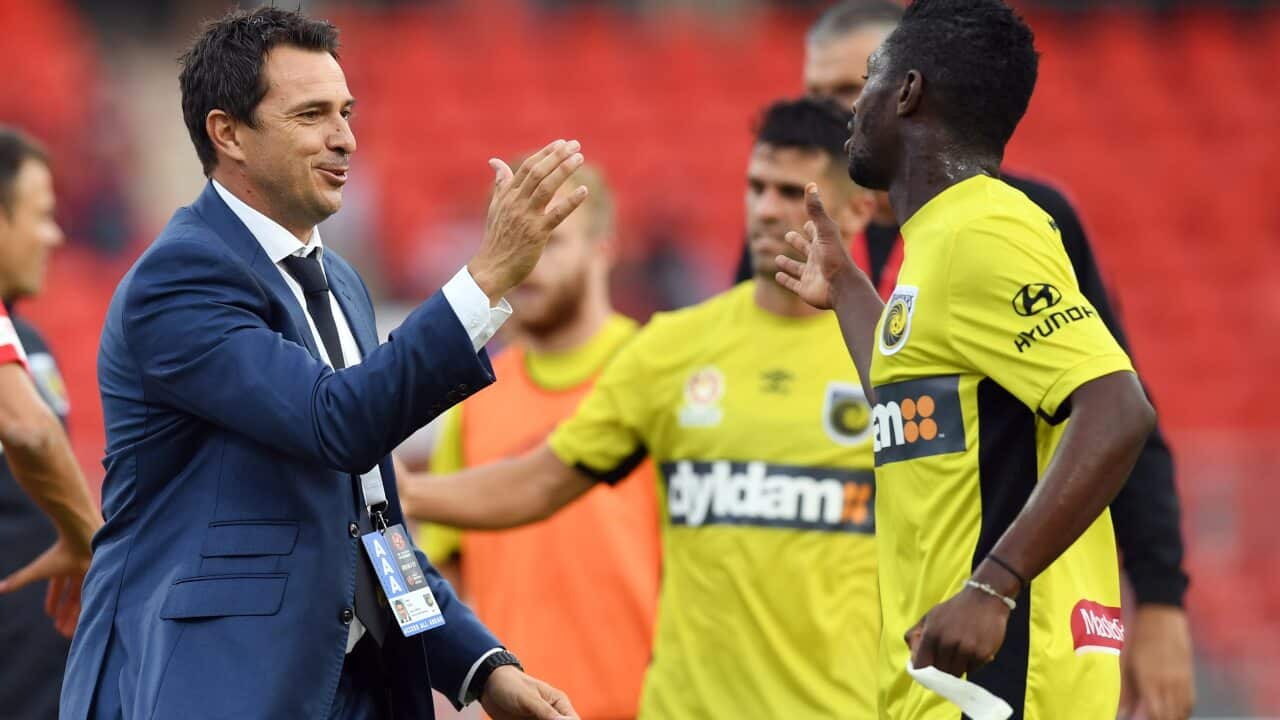 Two second-half goals from striker Roy O'Donovan gave the Mariners a 2-0 win that sent Okon's team to within two points from the six.

The Mariners had to survive a disjointed first half before securing their third straight victory after successes over Perth Glory and Adelaide United.

It was the first time the Mariners had won three matches on the trot since 2013-2014.

Advertisement
Okon was given the unenviable task of getting the Mariners back on course after a series of disappointing seasons that saw their crowds dwindle and the club's very existence come under dark clouds.

However the former Socceroos defender with loads of European experience has taken to the job like a fish to water.

He feels he is on a mission in Gosford and his joyous reaction to O'Donovan's second goal when he joined in the players' celebrations on the pitch said a lot about what this new job means to him.

"It means a lot to me because I get the feeling that no one out there feels that the Mariners can play football," he said after the game.

"I still think we're tagged with whatever happened last season. I think (in terms of) our performances this season, even though we did not get the results we thought we should have, the discussion was always on how bad the opposition was and not on how well the Mariners played.

"So that's disappointing and I believe that after what we've shown so far we should be given more credit. So those emotions I showed today are off the back of that."

Okon gave a fortright assessment of the startling events at Spotless Stadium that have given the Mariners fans new hope of making the finals and of staging a general revival after a series of poor seasons.

For some the A-League championship in 2013 might seem light years away.

Okon did not even attempt to hide his satisfaction at the way his mostly young side accounted for the Wanderers in their own back yard.

But Okon has been around the game long enough to know that one swallow does not make a summer and he must realise that tough times lie ahead.

Especially since he admitted that his team have not yet reached a stage in their development where they can win points when not playing at their best.

This is something runaway leaders Sydney FC are experienced enough to do, he said.

"If you look at the result that might seem to be one of our better performances but I don't think we were really good in the first half," he said.

"We didn't really use the ball and turned it over far too often and we camped in our half far too much to my liking but we addressed that at halftime.

"Look, I'm not here to take credit for the second half because all we did was reinforce what we spoke about before the game. It was what we set out to do and worked on during the week."

Okon was criticised in some quarters during his time as coach of the younger Australian representative teams but already he is raising a few eyebrows as an A-League coach.

Not many coaches would have taken the Mariners job with any degree of confidence but Okon so far has exceeded all expectations by taking the Mariners to places they could only dream of a year to two ago.

The Mariners may or may not make the finals but one thing is certain: in Paul Okon Australian football may have unearthed another quality coach who is destined for bigger things.