One reason why Postecoglou is Galloping out the door

As the aftershocks of Ange Postecoglou's impending Socceroos separation reverberate, it's been inferred he is walking away in direct response to a torrent of criticism from the peanut gallery and a feeling of being "undermined". 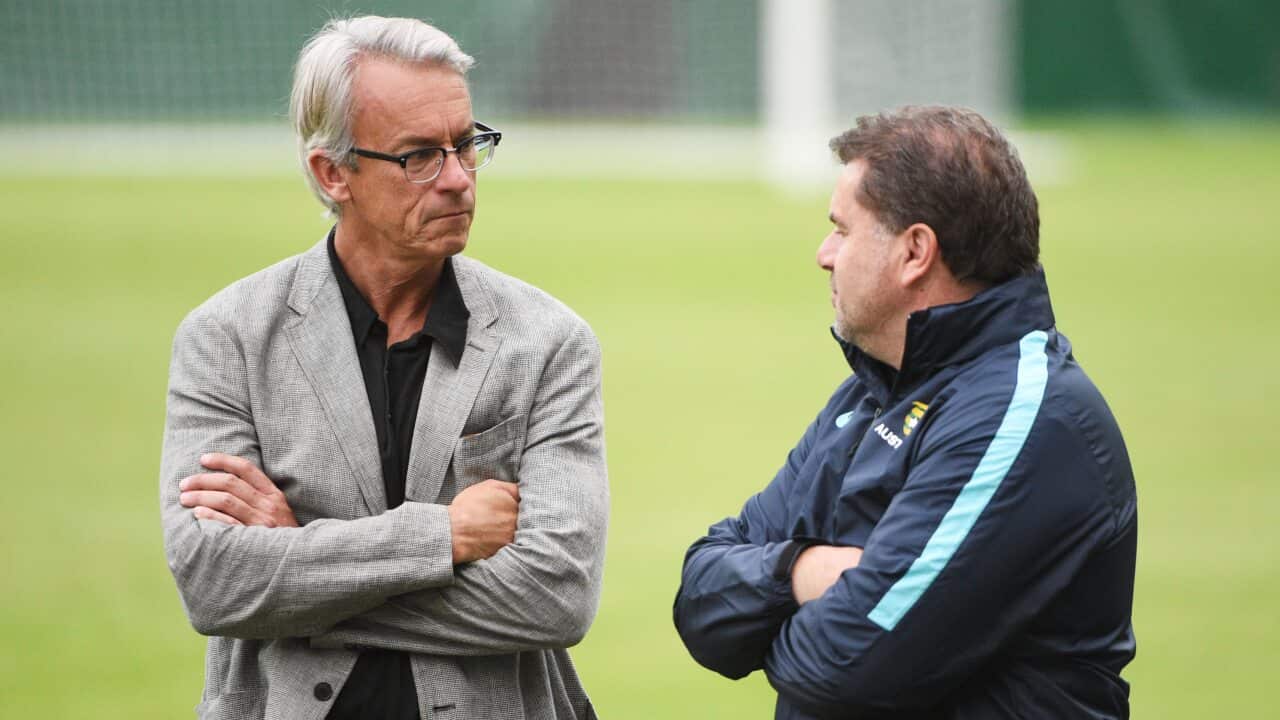 The implication is that potshots from influential detractors over his tactics and team sheets have gotten under the skin of the national team coach, prompting, in large part, his decision to depart after next month's intercontinental playoff against Honduras, even if Australia progress to Russia 2018.

Pugnacious and prickly he may be. Even aloof on occasion. But Postecoglou is anything but a quitter.

Just reference the abuse and condescension he weathered during his seven years in charge of Australia's under-17s and Under-20s before finally being fired in 2007 as he carried the can for Australia's failing youth development system.

Advertisement
So why now make for the departure lounge, just two games away from World Cup qualification and the chance to add further luster to a legacy which already glistens with 2015 Asian Cup glory?

The answer, to a large degree, could lie uncomfortably close to home and a relationship with FFA CEO David Gallop frostier than an arctic winter.

The seeds of disharmony were sewn before a World Cup qualifier against Bangladesh in Perth just over two years ago when Postecoglou was forced by FFA to pen a retraction after having the temerity to buy into a pay dispute between the Socceroos players and the governing body, saying it could affect preparations for the match.

Riding high on the back of Asian Cup success at the time, Postecoglou rightly felt embarrassed and humiliated by the slapdown, personally ordered by exiting FFA grandee Frank Lowy.

But it was Gallop who dealt out the punishment - and the two satellites have been in conflicting orbits ever since.

Other than his grievance over his public chastisement, Postecoglou has been at odds with his paymasters over a shrinking budget which has curtailed his overseas scouting networks, which he believes hampers attempts to track and evaluate emerging Australian talent.

He has also been frustrated by a lack of football comprehension from Gallop and others in the FFA hierarchy.

Then there's his deep desire to coach at club level again in Europe - after a brief stint in Greece.

Feelers have been put out and some interest has bounced back.

But all that could have waited until after the completion of his contract at the conclusion of the World Cup cycle.

While some players are disaffected by Postecoglou's managerial ministrations and man management skills, others still back him.

It must also be acknowledged that Postecoglou is not the first grumpy practitioner of his craft to have walked the earth.

With that in mind, it can't be concluded that he has lost the dressing room.

But he has patently lost his desire to work within the national team framework any longer.

Ironically, as befitting the great soap opera that now masquerades as Australian football, Postecoglou might be joined out the door by Gallop next month.

That's assuming FIFA steps in to sack the FFA board as the civil war between Head Office and clubs over the game's governance heads towards the courts and the likely installation of a normalising committee to start again from ground zero.