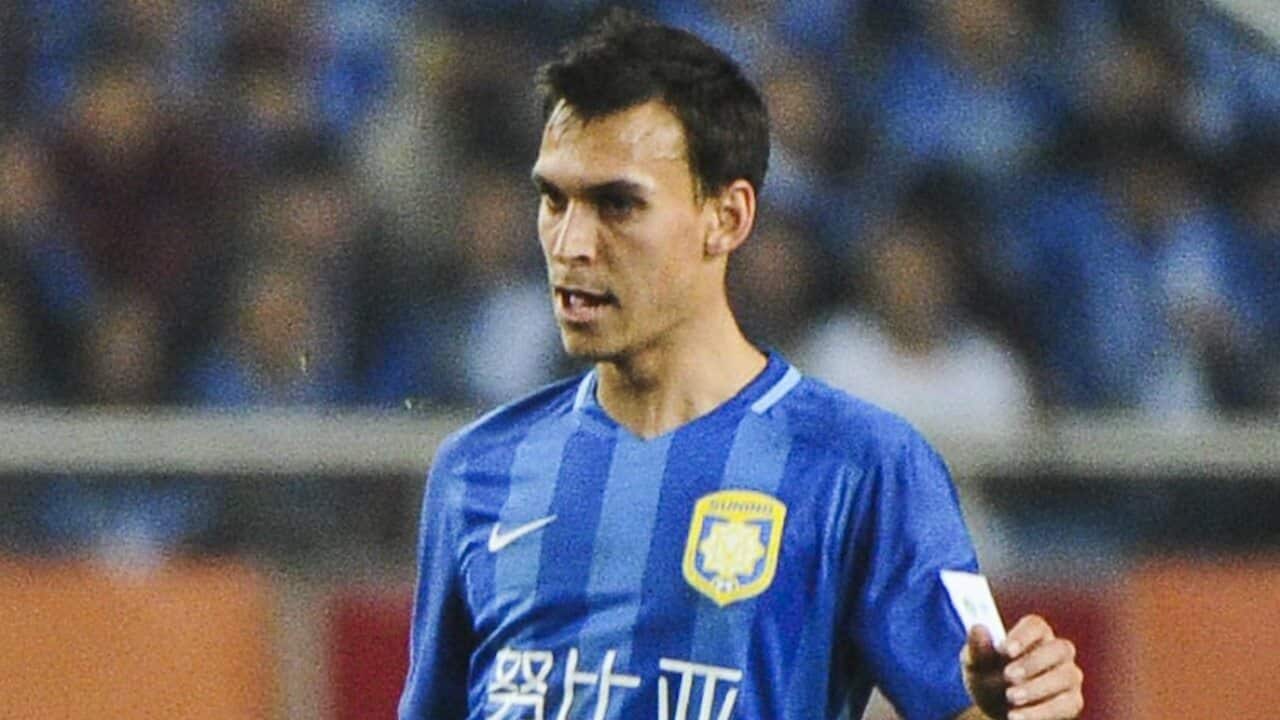 Jiangsu drew the second leg 2-2 at home meaning Guangzhou Evergrande lifted the trophy on away goals after the first leg ended in a 1-1 draw.

Sainsbury and his teammates were furious with the referee after he failed to award a 96th minute penalty to the home side.

Advertisement
Meanwhile, Brent McGrath has scored his firs goal for Esbjerg fB with a 90th minute equaliser in his side's 2-2 draw with Nordsjaelland.

The former Adelaide United striker was on hand at the back post to head home a corner.

McGrath wasn't the only Aussie on target with 23-year-old Brisbane born Kenny Dougall striking for Sparta Rotterdam in the 81st minute as they drew 2-2 with Roda JC.

Dougall was joined by Craig Goodwin as they both played the full 90 minutes for Sparta.

Elsewhere, Tom Rogic scored a brilliant opener and lifted the Scottish League Cup with Celtic. Both Adam Federici and Brad Smith started for Bournemouth in their 3-1 loss to Arsenal. James Jeggo played a full 90 minutes in Sturm Graz's 2-1 win away to Rapid Wien in Austria.