Celtic could face sanctions from UEFA after numerous fans displayed Palestinian flags during the Champions League play-off with Israeli side Hapoel Beer-Sheva. 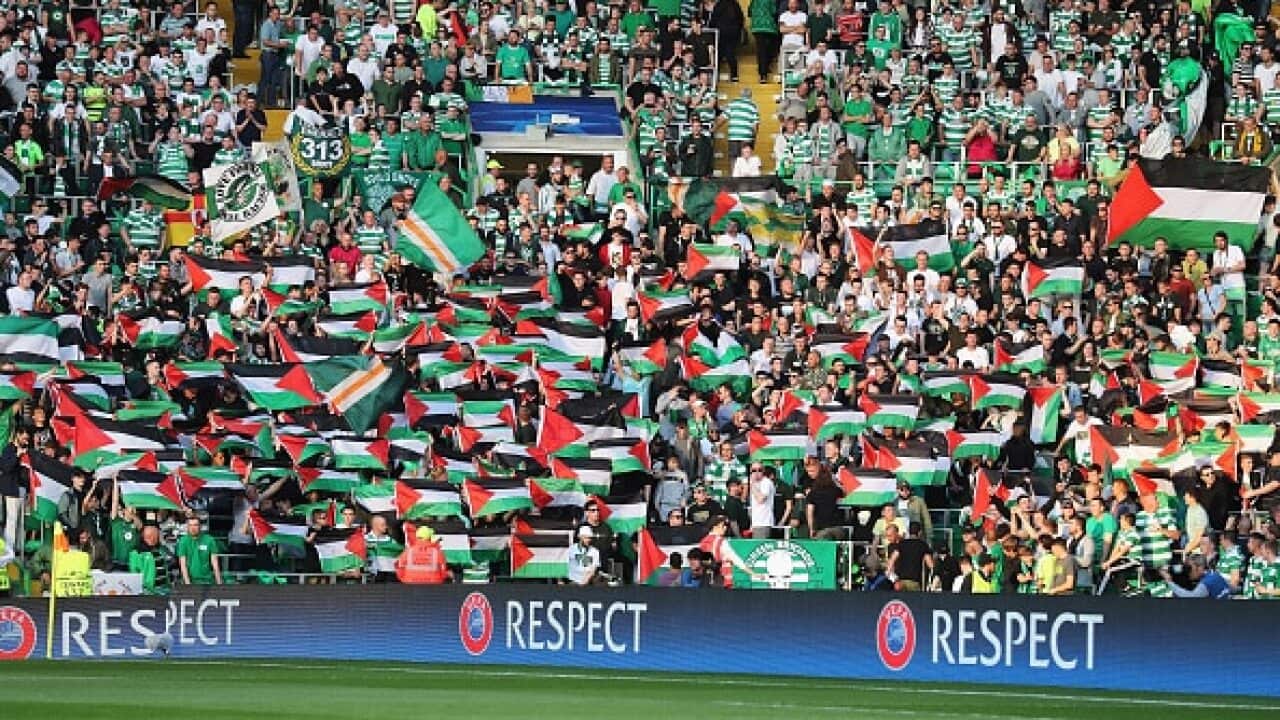 UEFA guidelines forbid 'political expressions' in football and the waving of the Palestinian standard is seen as such given the Israeli opposition.

Local police had earlier urged fans not to make a statement during the match and warned them they faced being arrested.

Celtic now face a fine for the flags, if they are sanctioned it will be the ninth time in five years UEFA has imposed punishment on the Scottish club for fan behaviour.

It was a fervent atmosphere at Celtic Park, with fans drowning out the Champions League anthem prior to the match.

The Hoops won the match 5-2, in part thanks to a goal from Australia's Tom Rogic.