Party time for Leicester's Simpson after curfew is lifted

Leicester City defender Danny Simpson will be able to enjoy his team's title-winning celebrations after a judge agreed to quash his curfew sentence for domestic violence and allow him to do unpaid work instead. 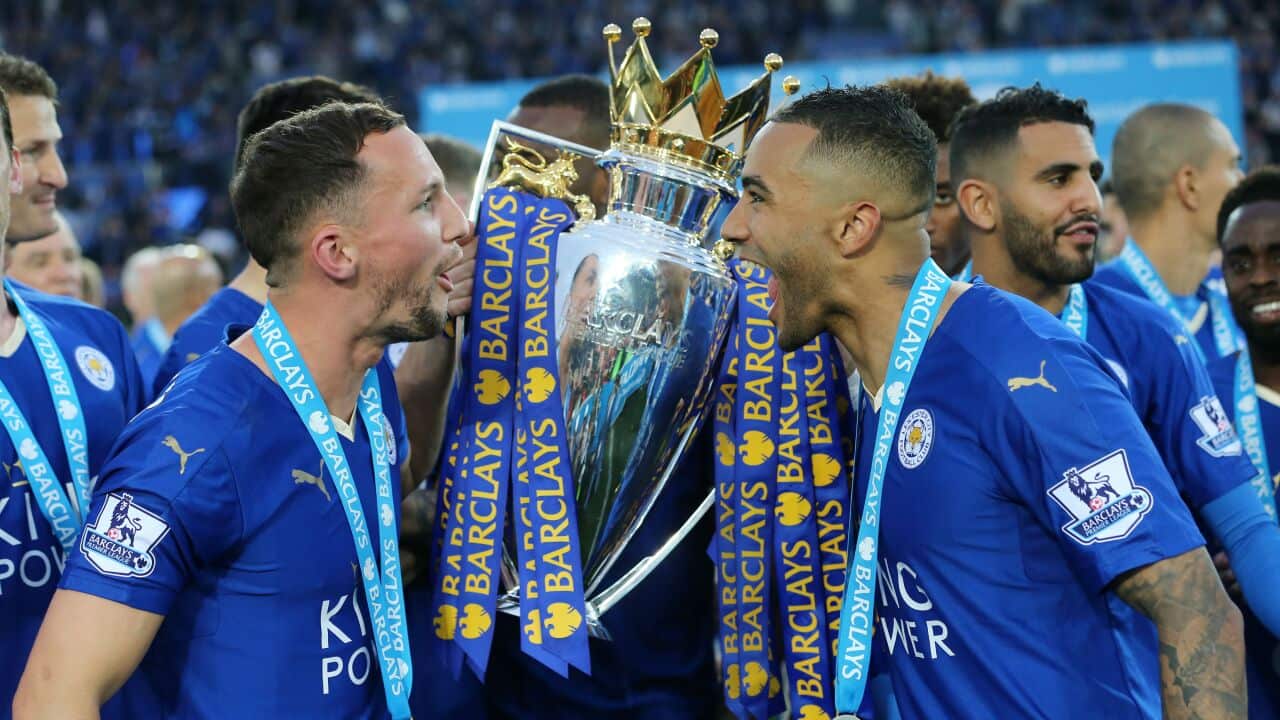 The 29-year-old asked a court to let him pay a fine instead of finishing his community sentence for throttling his ex-girlfriend Stephanie Ward.

Advertisement
Simpson's lawyer said press "intrusion" meant the footballer had only completed 145 of the 300 hours he was given for the assault in December 2014.

But District Judge Alexandra Simmonds said Simpson had so much money a fine would be "no punishment."

Instead, Judge Simmonds, sitting at Manchester Magistrates' Court, revoked the unpaid work order and gave Simpson an immediate curfew order, whereby Simpson would have to be at home between 10pm to 6am for the next 21 days.

It meant Simpson would be monitored with an electronic ankle tag at his home in Salford - and miss out on a string of his title-winning team's end of season celebrations - including an end of season bash after the final game of the season, an open top bus tour of Leicester and a trip to Thailand.

READ MORE
Leicester's fairytale story may only be the start for EPL's 'lesser lights'
The Leicester message: Dare to dream

However, Simpson was back in front of the bench, this time at Manchester Crown Court, after he launched a fast-tracked appeal against the curfew order.

Simpson's lawyers said twice the defendant had tried to complete his unpaid work order but was frustrated by the press taking photographs and speaking to other offenders and probation staff after finding out where he was doing the unpaid work.

It was claimed no alternative placement could be found and he had asked for a fine instead.

Judge Richard Mansell QC said: "He's hardly keeping a low profile, turning up for unpaid work in a Lamborghini. Why can't he get a cab?"

Judge Mansell said he "did not buy" Simpson could not do his unpaid work elsewhere - other footballers had done it.

He told Simpson he can complete the rest of his 300 hours once his club commitments diminish over the summer.

He added: "We are satisfied an alternative placement can be found if necessary out of the area and steps can be taken by probation and the appellant (Simpson) to do his unpaid work hours while keeping a relatively low profile.

"Given the relatively free schedule he will have for a number of weeks when otherwise he would take holidays, we are satisfied he can complete the hours in this way."

Judge Mansell added: "We are back to square one, and it's cost the appellant a significant amount of money."

The former Manchester United player was first accused of the assault against Stephanie Ward, the mother of his child, after the pair rowed after a night out at the home they shared in Worsley, Greater Manchester on December 29 2014.

Police called to the house found him straddling Ms Ward with his hands around her throat and he had to be pulled away.

He denied the assault but was convicted after a trial and abandoned attempts to appeal against the 2015 conviction.

Simpson was sentenced to 300 hours of community service last June, but completed only 145 hours.

His lawyers complained he had to stop working in a charity shop because of media "intrusion" after he was pictured arriving in his £200,000 Lamborghini.

A second placement was also abandoned after the press again found out where he was serving his sentence, his lawyers said.

Polly Neate, chief executive of Women's Aid, said "Although Danny Simpson's curfew has been quashed, it is important that he is still being held to account to complete the remainder of his original sentence.

"Perpetrators of domestic violence must face the consequences of their actions, even if they are high profile, and it is vital that the judicial system is consistent in sending a strong message that abuse will not be tolerated."