Patience the key as Maclaren tips goals to flow in Germany

Jamie Maclaren is preaching patience as he goes back "to ground zero" with new German club SV Darmstadt 98. 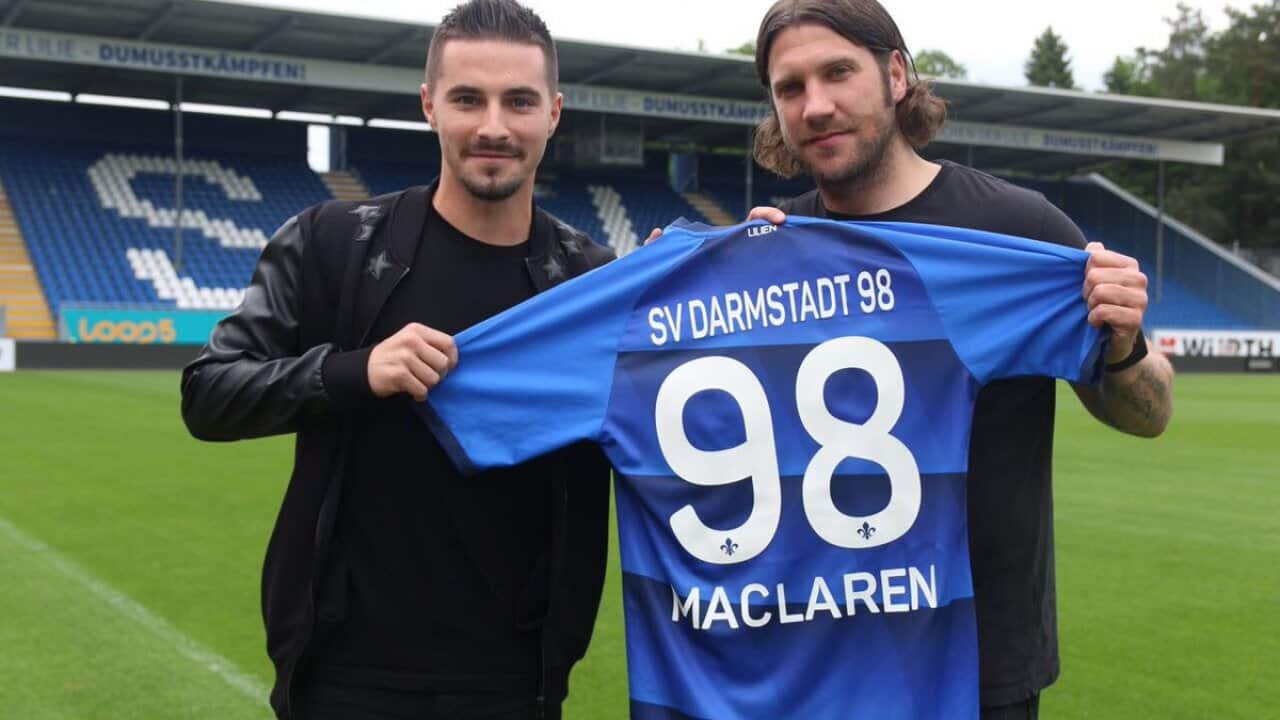 The fledgling Socceroos striker headed to the 2.Bundesliga club in May off the back of 40 A-League goals for Brisbane Roar over the past two seasons.

But he knows he's now at a far more exalted level at a team just relegated from the top flight and coached by charismatic ex-German international Torsten Frings.

Maclaren, who scored a double on debut against Austrian opposition in pre-season, is competing with USA international Torrance Boyd and Poland striker Artur Sobiech for game time in the season opener on Saturday at home to Greuther Furth.

Advertisement
That's followed up six days later with a trip to Kaiserslautern, where he will be up against former Roar teammate Brandon Borrello at the club he almost signed for.

Recently recovered from a hamstring tweak suffered during training, the 23 year-old isn't expecting to be afforded any preferential treatment on his return to Europe, following his stint with Blackburn as a teenager.

"I missed some important preparation time at the training camp which annoyed me a little bit but you have to pick yourself up and get on with it," he said.

"I am sure, though, that it won't take me long to hit my straps.

"The squad is so strong that you are fighting you for your position every day.

"It's only going to make me better, I'm starting fresh at a new club and it's back to ground zero.

"The aim is to work your way up, and that's when I plan to do.

"The quality here is very high ... these boys were playing in the Bundesliga last season.

"So when I say it's a level above, that's no disrespect to the A-League ... that's just what Europe is like."

Maclaren is backing himself to flourish on his second European coming.

"I started at ground zero at Blackburn, and the same thing at Perth and then Brisbane," he added

"And now I find myself at a new club trying to impress again.

"We have three international strikers here and that shows the strength and depth at the team.

"You can't expect to start ... that's what Europe is like.

"It's a different mindset to last season when I knew I was going to play because I was scoring goals for Brisbane.

"That all counts but nothing now. You have to slug it out here. You have to focus on doing extras in training to keep you on your toes, or else somebody will take your position.

"I had that time at Blackburn and came back to the A-League to play games.

"That was an important stage of my career and now I am trying to get that second wind."

Maclaren, who came off the bench in the 1-1 draw against Chile at the Confederations Cup, aims to wring every drop of knowledge he can from his budding relationship with 79-cap German great Frings.

"He's a legend and just walking into the change-room and seeing him standing there is special in itself," he said.

"He's a great coach and he'll have us playing the right way and I am sure the fans are in for a treat here.

"He's not so distant from the players and he's been great for me with his man-management skills and his huge stature in the game."

Maclaren is also looking forward to what amounts to a local derby against Kaiserslautern next week.

"The clubs are about 40km apart," he said. "And there's a local rivalry there.

"It will good to see Brandon next week and not only him, there is also an ex-Blackburn teammate, Osawe Amenosawe, who is the striker at Kaiserslautern.

"I might have joined them (Kaiserslautern) but Darmstadt came for me the most.

"I haven't regretted a decision I have made in my career so far, and I don't think I will regret this one.

"And I am sure I will be hitting the back of the net again very soon for my club."