Pearce, Pardew and Keane in mix as Melbourne City head for a shake up

Melbourne City are moving to address what their owners, the City Football Group (CFG), view as a 'soft underbelly' by installing a coach with a hard-nosed approach for next season. 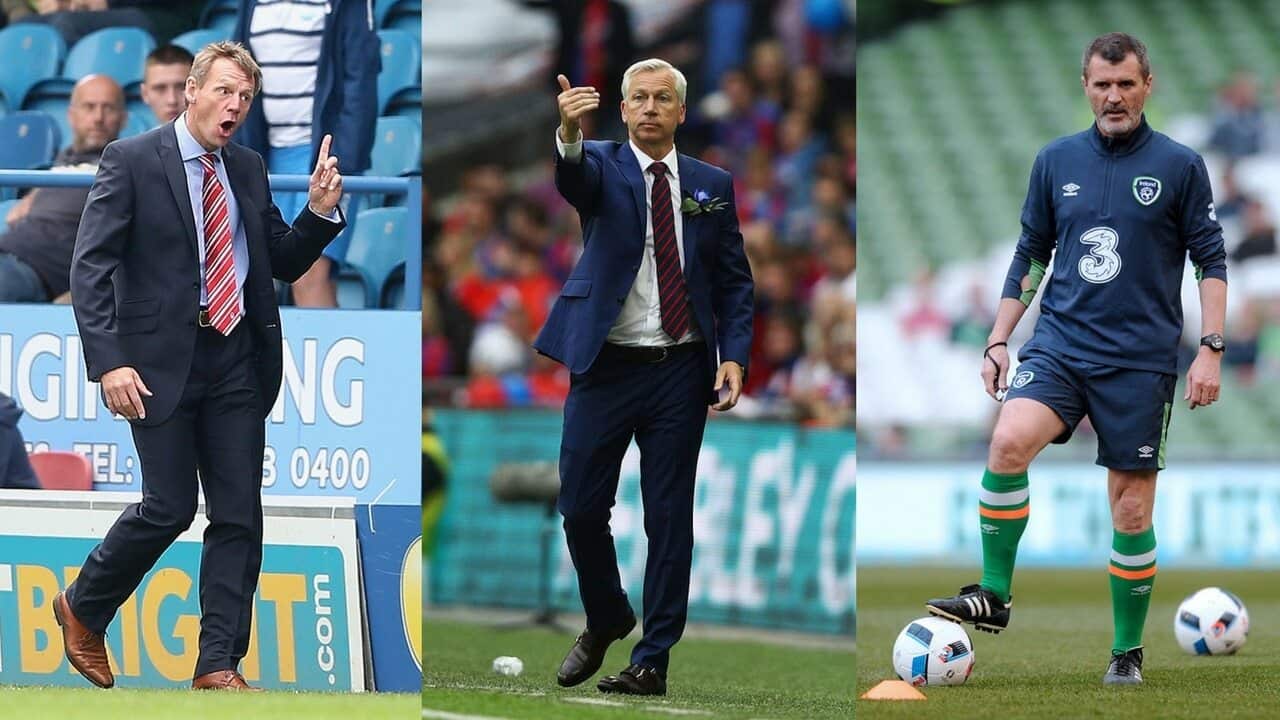 (From left) Stuart Pearce, Alan Pardew and Roy Keane have all been linked with the head coach role at Melbourne City Source: Getty Images

Former England boss Roy Hodgson, who was enlisted in a one-month advisory role at the back end of this season, has compiled a report on the club's culture, structure and playing group and submitted it to CFG executive Brian Marwood.

It's understood that Hodgson, 69, has highlighted a fragility which he believes pervades the club, with the likes of tough-guy coaches Stuart Pearce and Roy Keane joining established favourites Alan Pardew and Josep Gombau in strong consideration for the position.

It's unlikely that Hodgson himself has put his hand up for the job.

Advertisement
Marwood, who was in Melbourne last month on CFG business, was not impressed by the meek manner in which the A-League's most expensively assembled squad bombed out of the A-League finals at home to Perth Glory.

With caretaker coach Michael Valkanis not in consideration for the position made vacant by January's resignation of John van't Schip, the mantra is now to bring in a leader who will provide a winning mentality and a no-fuss style.

Melbourne City's director of football, Michael Petrillo, has already drawn up a short-list of six to eight, with former Nottingham Forest and England under-21 coach Pearce bracketed alongside ex-West Ham, Newcastle and Crystal Palace mentor Pardew and former Adelaide United-turned-Olyroos coach Gombau as the front-runners.

Petrillo has a strong connection with Gombau, having recruited the Spaniard for the Reds, with Gombau winning the inaugural FFA Cup before departing in 2015.

Gombau is contracted to the FFA until 2020, and CFG would need to pay compensation - hardly an obstacle for Sheik Mansour and his emissaries.

Pearce, though, has a strong connection with CFG, having coached Manchester City between 2005 and 2007.

Pardew, also on the market after being sacked by Palace in December, priced himself out of contention for the vacant Newcastle Jets job with a $1 million per season wage demand.

But, with CFG's deep pockets, that figure will not necessarily deter Marwood and company.

The over-riding priority is to appoint a coach who can transform the mentality of the playing group.

CFG will not be rushed into a decision but are conscious they may need to dip into the player recruitment market again and want a coach in place to execute that strategy.

While they are in the hunt for a coach, there could also be a change of CEO with incumbent Scott Munn believed to under scrutiny with the club struggling to reach a wider membership base and only able to attract an average crowd of 10,528 this season.

Petrillo declined to comment on City's coach quest when contacted by The World Game.