The hot weather was a major factor as Perth Glory and Sydney FC failed to find the net in a 0-0 draw at nib Stadium on Saturday. 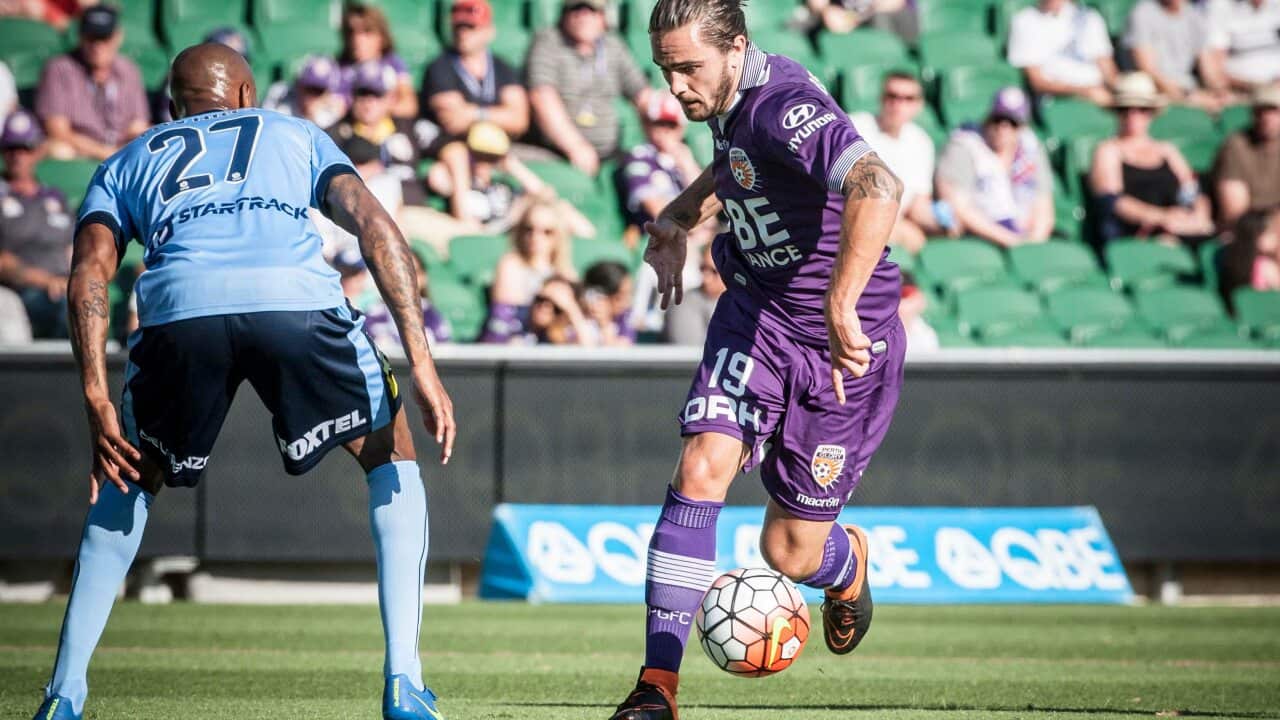 Both sides had chances to secure the points in the second half, when the temperature began to cool, but neither was able to produce the moment of magic needed in a mostly uneventful afternoon.

On an intensely hot day in Perth, Sydney were aiming for their 11th consecutive away win, but the conditions made it difficult for either side to make an impact in the opening stages.

Advertisement
In fact neither was able to create a genuine scoring opportunity in the first half.

The shadows began to lengthen in the second period as both sides appeared more energetic with Sydney in particular starting to put more pressure on the Glory goal.

Yet Perth still looked dangerous on the counter attack. On 52 minutes winger Chris Harold found himself with some space inside the area, but after jinking past a defender his shot lacked conviction.

Harold was again the focal point shortly after. He was first to a loose ball near the box - after a Richard Garcia run - and fired the a shot into the side netting.

At the other end, Sydney's best chance came after the hour mark when Alex Gersbach sent in a teasing cross for substitue Matt Simon who failed to hit the target from close range.

Matt Jurman allowed Harold a run through on goal when his mistimed chest back to Vedran Janjetovic was latched on to by the Glory winger. The goalkeeper however did enough to put him off.

In the end nobody could find a winner and some players even fell to the ground with exhaustion at the final whistle.