Perth replace Sydney in top six after win over Newcastle 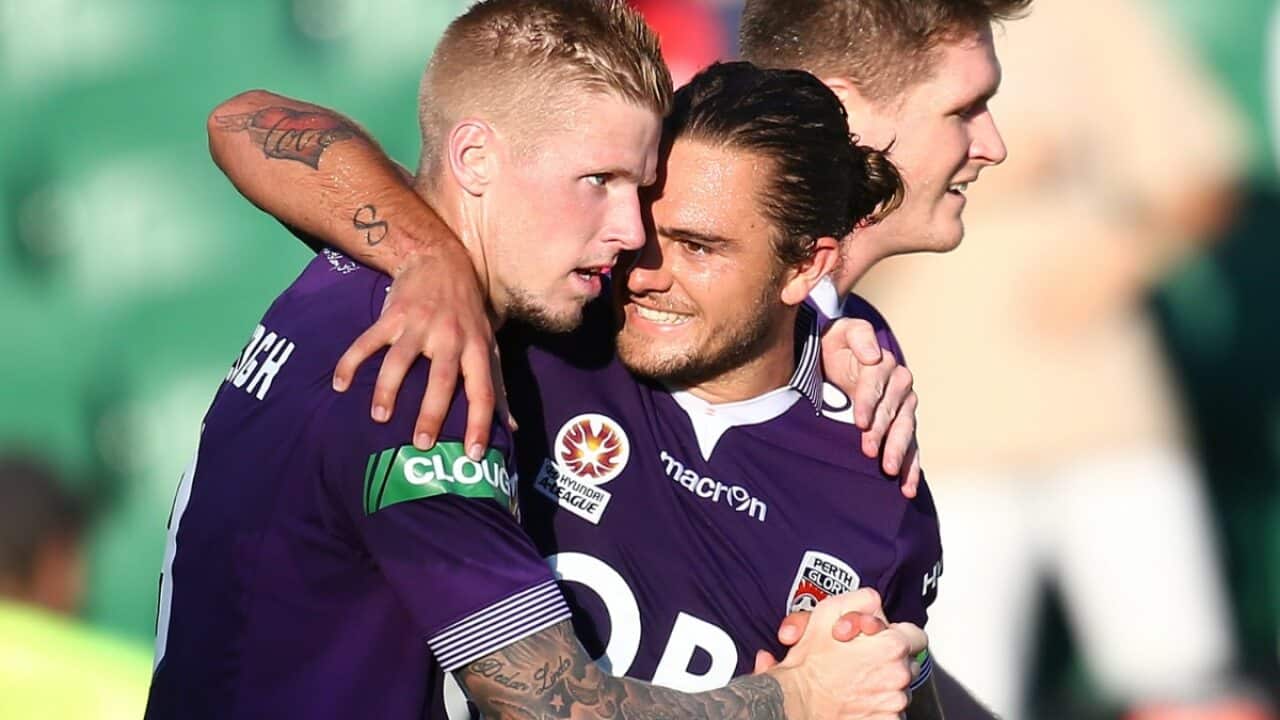 Goals from Andy Keogh and Gyorgy Sandor proved the difference against a Newcastle side that had to play with ten men for the final 30 minutes after defender Daniel Mullen was sent-off.

It's Perth's sixth win in seven matches and now puts them in control of their own destiny with five matches remaining until the finals.

Andy Keogh opened the scoring in the 36th minute with a classy header at the near post after a delightful cross from Aryn Williams.

Advertisement
Williams' brother, Middlesbrough and Socceroos defender Rhys Williams, was in the crowd fueling speculation he could be on his way to Perth.

It was only minutes after the half-time break that Gyorgy Sandor made it 2-0 to Perth after some brilliant work by man-of-the-match Diego Castro who used his composure and technique to bamboozle the Jets defence.

The game seemed all but over when Daniel Mullen received his second yellow card and marching orders for blocking the run of Chris Harold in the 58th minute.

Perth dominated for the majority of the match but right at the end Newcastle thought they had won a penalty when referee Chris Beath blew his whistle and pointed to the spot when Alex Grant was adjudged to have brought down Morten Nordstrand in the box.

However after consultation with his assistant referee, Beath reversed his decision, an extremely rare event in professional football.

Replays seem to suggest that the penalty should have stood.