An online petition which has called for Barcelona's epic 6-1 UEFA Champions League win over Paris Saint-Germain to be replayed has gained over 200,000 signatures. 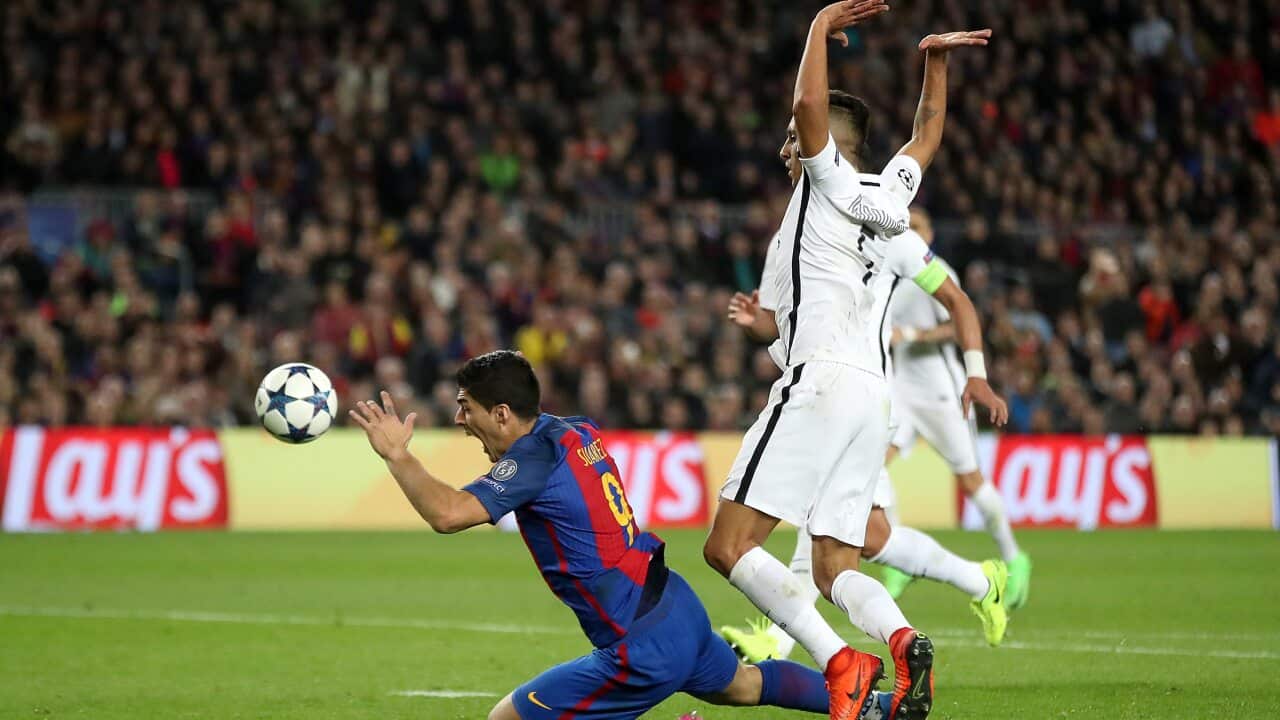 Paris Saint-Germain's Marquinhos, right, was ruled to have fouled Barcelona's Luis Suarez, which led to a penalty in the epic UEFA Champions League clash Source: AAP

The incredible win at Barcelona's Camp Nou on Thursday morning (AEDT) booked the Spanish giant's place in the Champions League quarter-finals, 6-5 on aggregate.

Advertisement
But after a string of controversial moments, which went against PSG, throughout the enthralling second leg encounter have resulted in an online petition calling for the match to be replayed.

Real Madrid supporter, Luis Melendo Olmedo, started the petition on Friday, after citing a questionable decisions from referee Deniz Aytekin, who reportedly told some PSG players to "f**k off" during the game.

The petition, on
change.org
, reached 100,000 by Sunday and has continued gaining rapid traction online, with 200,000 people signing it by 7pm (AEDT) on Monday night.

It lists a range of reasons for the replay and states: "Incidents that seriously damaged PSG. As a consequence of the refereeing of the German Deniz Aytekin who benefitted Barcelona with his actions and his refereeing."

"That is why I question the aptitude of the referee for his serious mistakes made during the match.

"I present evidence to anyone who wants to see them."

While the petition ticked over 202,000 supporters as at 7:30pm (AEDT), the absence of any such appeal from the French club means there is essentially no chance of UEFA ordering an unprecedented replay.