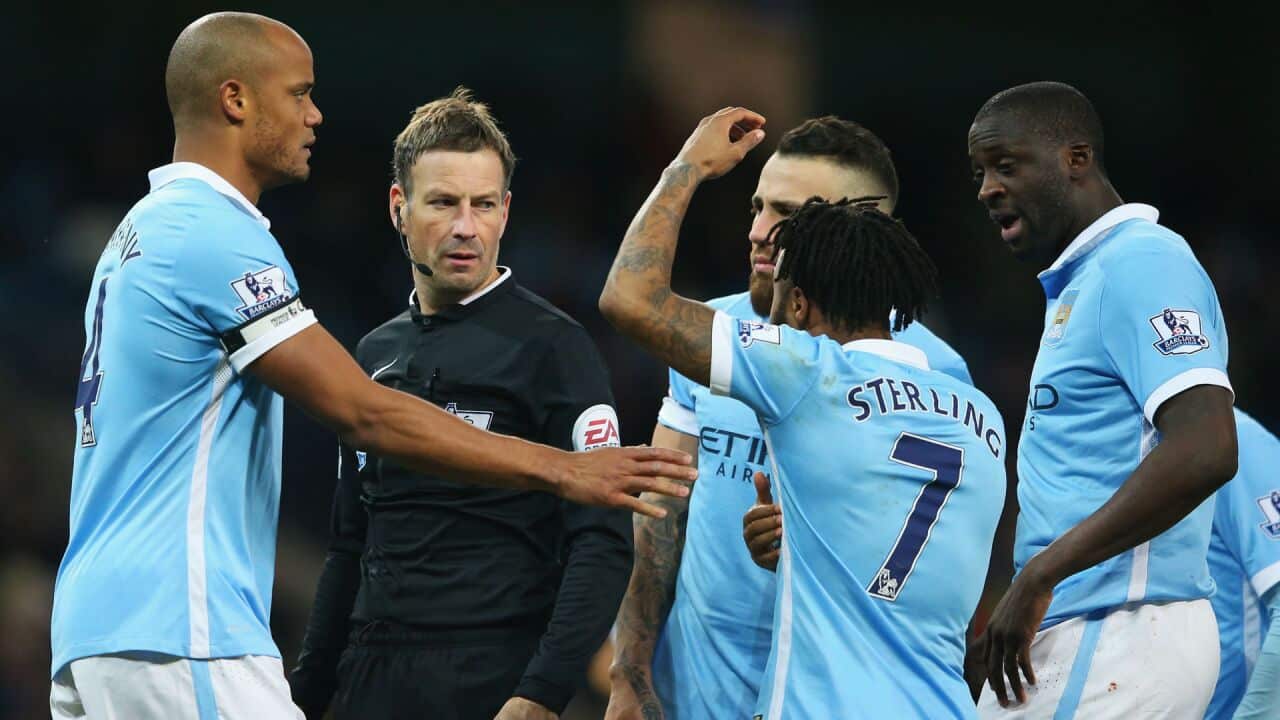 Catalyst4Soccer recently announced on Twitter that Clattenburg was a new client.

The 40-year-old was reportedly granted permission in principle by the PGMOL, the group responsible for officials in English football, to gain help in managing his off-field activities such as after-dinner speaking and charity appearances.

Advertisement
But it is understood the PGMOL only became aware that would involve an agency also representing players following Friday's announcement, and that it is now looking into the matter due to concerns about the potential for a conflict of interest and how the arrangement might be perceived.

Also among Catalyst4Soccer's clients is Manchester City goalkeeper Willy Caballero, who was on the bench for the Blues' 2-1 Premier League loss to Tottenham at the Etihad Stadium.

Clattenburg refereed that game and was at the centre of controversy after he awarded a penalty to Spurs having judged Raheem Sterling to have been guilty of a handball, something replays cast considerable doubt over.