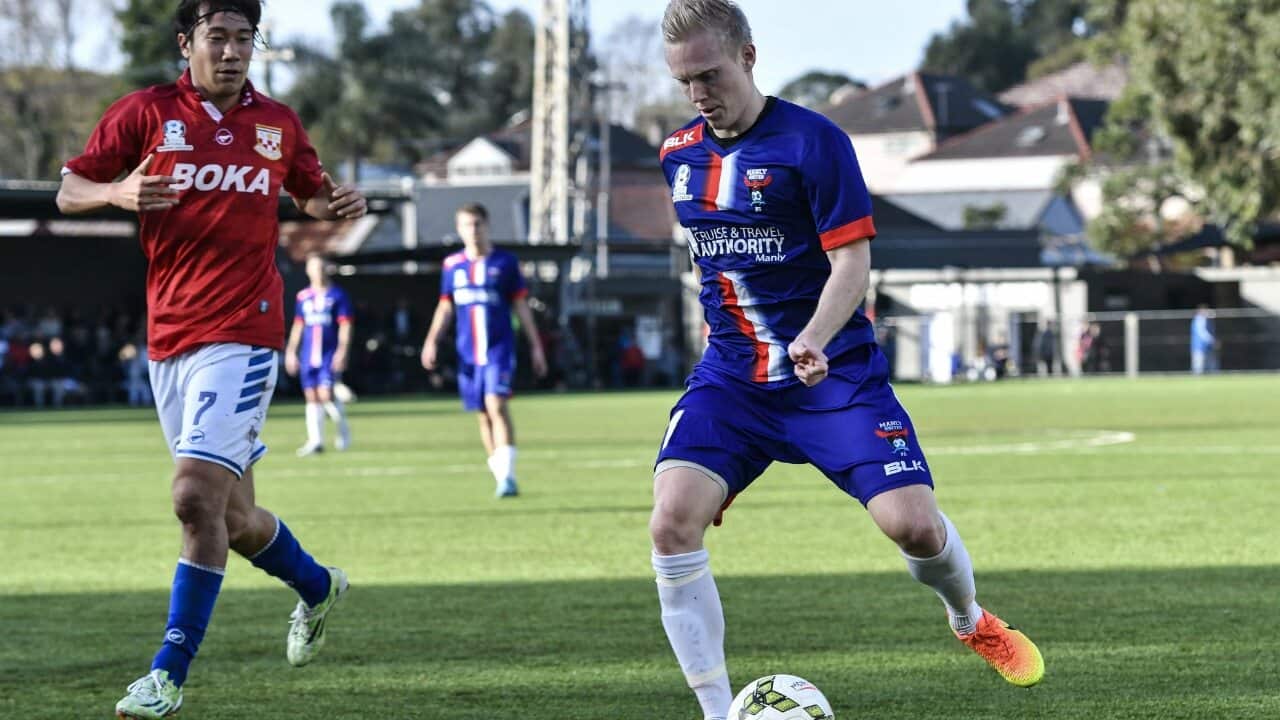 The 23-year-old has signed a one-year deal with Phoenix after spending a week training with the club.

Advertisement
Before flying back to Sydney to play in the NPL finals with Manly this weekend, Parkhouse said he was still coming to terms that he was now a professional footballer.

“It has all happened so quickly that it doesn’t seem real yet,” he said.

“I was really happy to be noticed by Ernie and have enjoyed my week training with the Phoenix.”

Born in Australia, Parkhouse went to England as a 14-year-old and joined the Wigan academy.

He returned to Australia but with the ambition to play professional football still burning it was back to England to play for Stalybridge Celtic in the Conference for two years.

“I came back to Australia to try and get in the A-League and it has paid off,” Parkhouse said.

Parkhouse plays on the left wing but says he will be trying to get into more goal-scoring positions with the Phoenix.

Merrick is pleased to have added another cog to his playing roster and is glad he accepted the invitation from an Apia committee member to attend their game with Manly following a Phoenix training session at the Leichardt ground.

“Actually I was looking for a defender but Adam was the standout player on the day,” Merrick said.

“I spoke to his coach Paul Dee, who I coached when I was assisting Ange Postecoglu with the Australian under-17 and under-20 squads, and he was very positive about him.

“We invited him to Wellington for a trial and he improved with every session.

“Two weeks ago he played against Sydney United in the New South Wales NPL league and scored three of their goals in a 4-2 win.

“Having played for Stalybridge in the Conference will have battle hardened him and he is fast, technically good and has a nose for goal.

“Signing Adam, who had two other clubs interested in him, gives us more depth up front and the squad is coming together nicely.”