Players get down and dirty at swamp football World Cup

As soccer enthusiasts around the globe gear up for the World Cup's grand finale in Russia, the champions of a far muddier version of the game were crowned at a swamp in northern Finland. 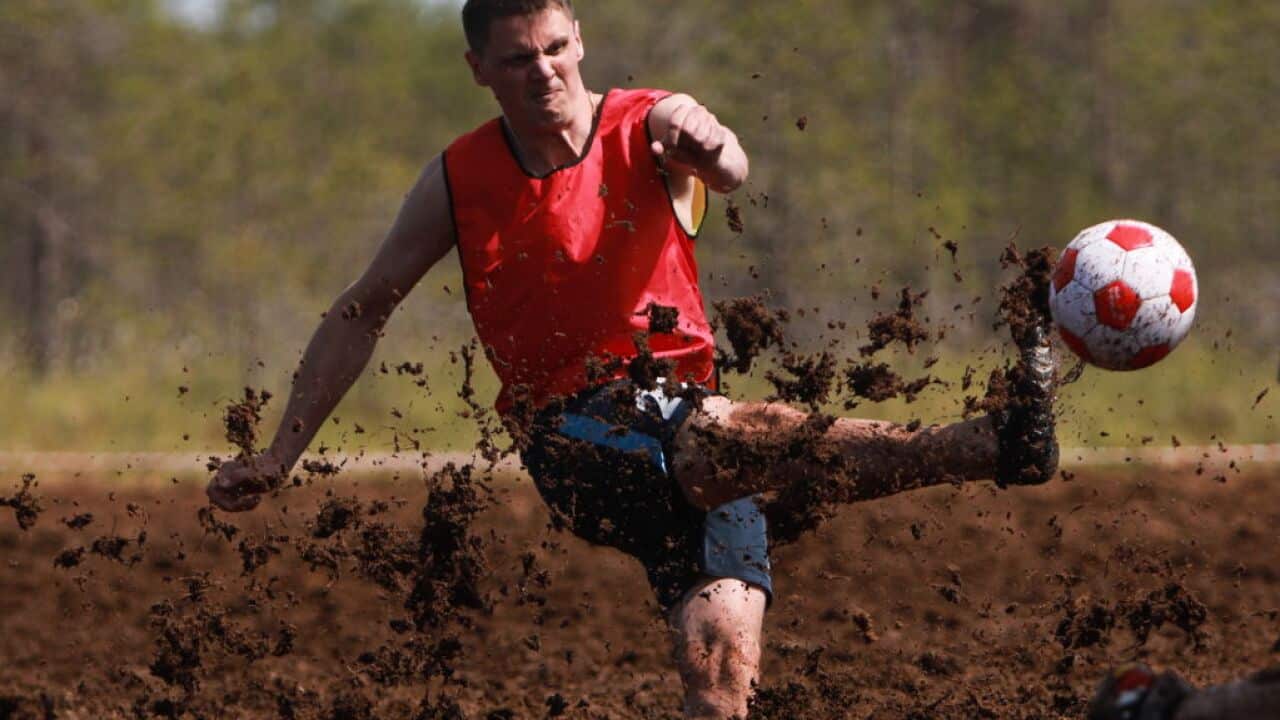 In the 19th Swamp football World Championships in the small town of Hyrynsalmi, the Russian team Lakes Profi won their second consecutive title by beating Finland's Horstin Honkays in the final in a penalty shootout.

"Sometimes it's mud up to the groin, while in some parts of the pitch it's less soggy," organiser Kimmo Kyhala said.

"This is very tough sport. A slim body and long legs are advantages," he said. "A good player must be like a moose in the swamp."

Some 2,000 players representing 165 teams took part in the tournament, most of them from Finland, Russia, Sweden and Germany.

A swamp football match involves two 10-minute halves and both teams have six players on the pitch.

After the games, players caked in mud washed up at a sauna and a swamp pond before heading to a nearby swamp rock festival.

"This is a very relaxed event. Top category teams are more ambitious while some teams might be colleagues from work who come over to have some fun," Kyhala said.

Kyhala said Russia was interested in holding the games this year in conjunction with the World Cup, but Hyrynsalmi stuck to the tradition.

The game originates from Finnish skiers' strength training, which included running in swamps.