Pochettino targets glory on all fronts after FA Cup progression

Mauricio Pochettino thinks his Tottenham Hotspur squad have shown they can compete for silverware on all fronts this season after watching his team end Leicester City's FA Cup hopes. 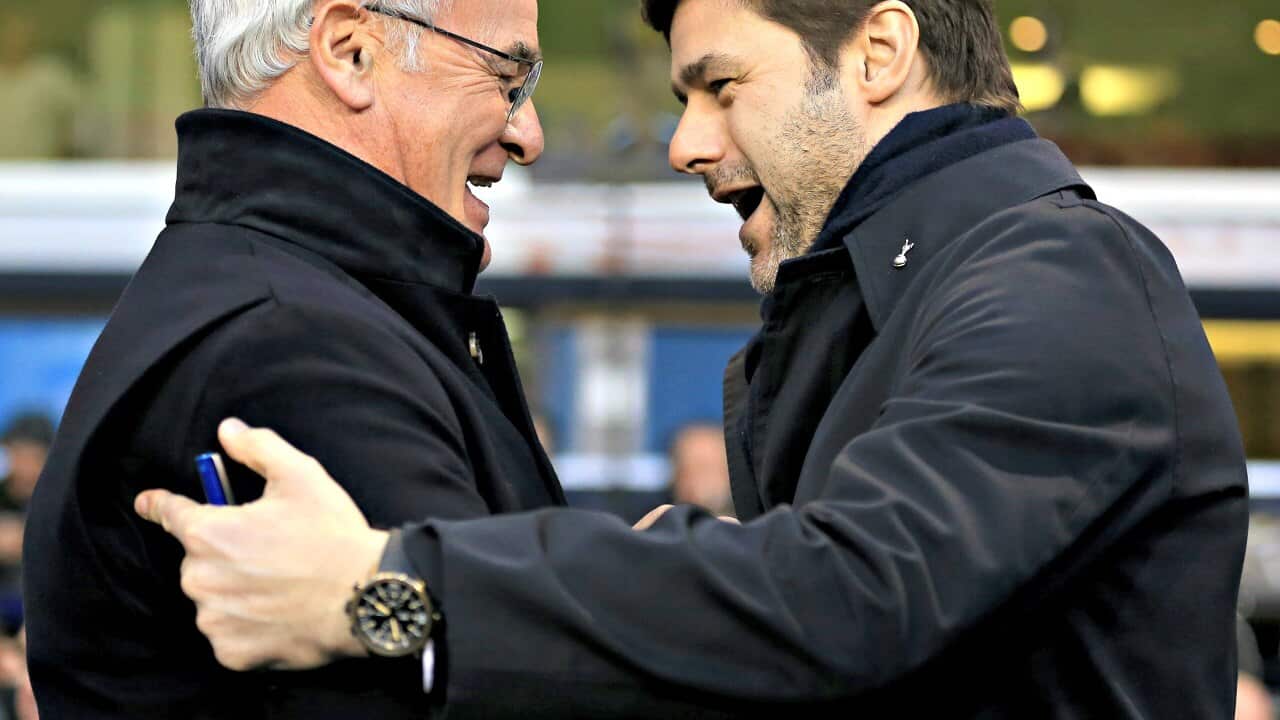 A much-changed Spurs side - Pochettino swapped eight players - were never really troubled by an equally unfamiliar Foxes line-up as they finally got the better of Claudio Ranieri's men this season at the fourth time of asking - reaching the fourth round with a 2-0 victory.

Having drawn 2-2 in the original tie and with Leicester winning the Premier League meeting in north London last week, Tottenham triumphed in the final part of the 10-day trilogy courtesy of goals from Son Heung-min and Nacer Chadli at the King Power Stadium - the scene of a 1-1 draw in the league in August.

Spurs, fourth in the Premier League and just five points behind leaders Arsenal, will travel to League One strugglers Colchester United in the next round at the end of the month before resuming their UEFA Europa League challenge against Fiorentina in February.

Advertisement
Pochettino said: "I am very pleased with the performance, it was a fantastic victory against a very good team. We dominated the game from the beginning to the end.

"The FA Cup is an important competition for us and we showed we have a squad that is good enough to compete in every competition.

"It is difficult to be fair to players but there is fantastic spirit in the changing room and in the training ground.

"I don't like to speak about change. For me, when you have 24 or 25 players they all work very hard and some players deserve to play and can't - you can only pick 11 and seven on the bench."

With both clubs nicely positioned for a sustained assault on a top-four finish in the Premier League and the lure of the riches on offer for UEFA Champions League qualification becoming a more tangible possibility with every passing week, it was clear from the team selections where the priority lay.

Both managers made eight changes from the sides they sent out in the Premier League at the weekend. Leicester boss Ranieri initially swapped nine players but Ritchie De Laet was injured during the warm up so Danny Simpson kept his place. Kasper Schmeichel and Danny Drinkwater also remained. Pochettino retained Eric Dier, Erik Lamela and Christian Eriksen.

Asked if his selection showed he was favouring trying to sustain Leicester's surprise Premier League title challenge over a cup run, Ranieri replied: "No. Our priority is this also.

"I want to see all my players - like Pochettino, he also changed a lot of players.

"But for this reason, I say we fight face to face with Tottenham. Leicester fight for four matches with Tottenham and it is good.

"I am not disappointed with the performance. We play Tottenham four times - won one, lost one and two draws. Tottenham I remember in 2000 when I was here, they try to achieve, or achieve, all the time in Europe.

"Now in the last two or three years, they are building a team to win the league and to achieve the Champions League.

"Our journey starts today. I change a lot of players and if we fight very well against this team then I am very pleased with my players.

"When I say our journey starts tonight, it is true because we played at the same level against a big team. Our way is a very good line to follow."