Brazilian police locked Santos fans inside their home stadium for 20 minutes on Wednesday after violence erupted outside the Vila Belmiro ground following the team's elimination from the Copa Libertadores. 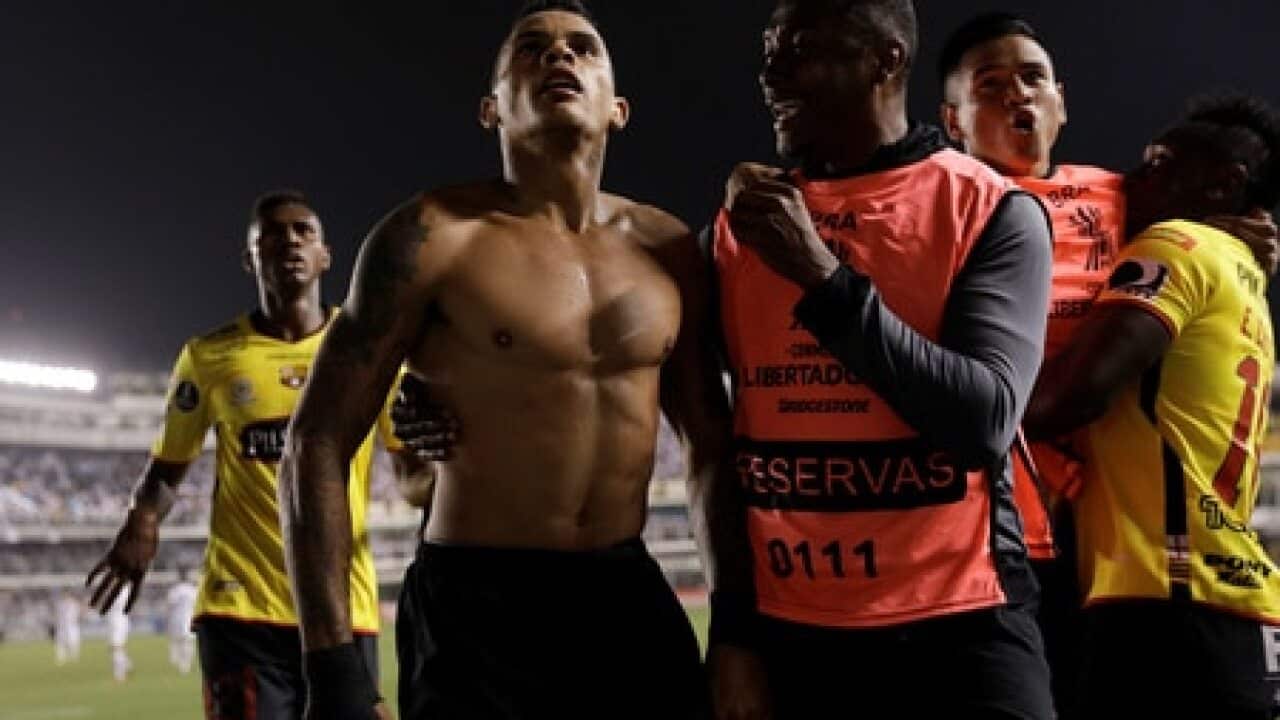 Fans battled outside the ground immediately following Ecuadorean side Barcelona's 1-0 win, forcing police to lock the gates to stop more fans getting involved, according to local media.

Video footage showed fans outside the ground running from the fighting as police fired concussion grenades to disperse the crowds.

Advertisement
Globo, broadcaster of the match, also said fans inside the ground tried to get into the Santos dressing room to remonstrate with the side after the surprise quarter-final defeat to a Barcelona team that had two players sent off.

Barcelona won the two-legged tie 2-1 after a 1-1 draw in Guayaquil last week and face another Brazilian side Gremio in the semi-finals next month.