Police in Switzerland have raided the headquarters of UEFA to gather information about a contract signed by new FIFA boss Gianni Infantino. 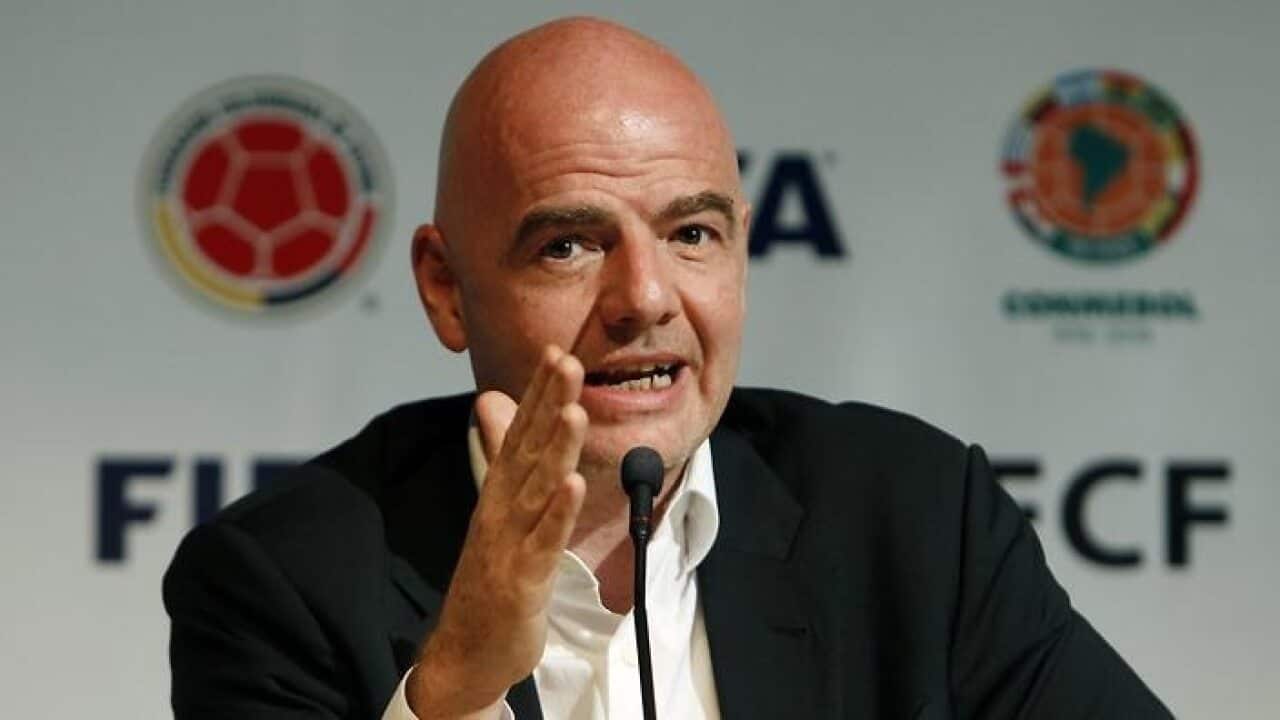 Swiss police have raided the headquarters of UEFA to gather information about a contract signed by newly-elected FIFA boss Gianni Infantino that was reported in the Panama Papers.

The Swiss attorney-general's (OAG) office said the search in Nyon, Switzerland, was part of "ongoing criminal proceedings" and had been launched because of "suspicion of criminal mismanagement and ... misappropriation".

"The OAG's criminal proceedings are in connection with the acquisition of television rights and are at present directed against persons unknown, meaning that for the time being, no specific individual is being targeted by these proceedings," it added.

Infantino, elected FIFA president in February, said in a statement issued by the soccer body that he welcomed any investigation into the matter. He said on Tuesday he was "dismayed that his integrity was being doubted".

These reports said the pair resold the rights to Ecuadorean broadcaster Teleamazonas for three times as much, though UEFA said it had no knowledge of such a deal.

UEFA has confirmed that Infantino, who was working for UEFA at the time, was one of two of its officials who signed the contract. UEFA has denied any wrongdoing by itself or Infantino.

"UEFA can confirm that today we received a visit from the office of the Swiss Federal Police acting under a warrant and requesting sight of the contracts between UEFA and Cross Trading/Teleamazonas," UEFA said in a statement.

"Naturally, UEFA is providing the Federal Police with all relevant documents in our possession and will cooperate fully."

Hugo and Mariano Jinkis are among several dozen football officials who were last year indicted in the United States as part of a huge corruption scandal which has swept the game and thrown FIFA into turmoil.

Infantino was elected as FIFA president to try to lead the federation into a new, scandal-free era.

"It is in my interest and in the interest of football that everything should come to light," Infantino said in the statement issued by FIFA on Wednesday, adding that "all contractual matters were conducted properly by UEFA".

"If my determination to restore football's reputation was already very strong, it is now even stronger," he said.

The document was part of the 11 million that were leaked from the Panamanian law firm Mossack Fonseca in what have become known as the Panama Papers. The law firm has denied wrongdoing.

In a separate statement, UEFA said the rights were sold to Teleamazonas after an "open, competitive, tender process" conducted by TEAM, its exclusive agent".

TEAM is UEFA's marketing partner which conducts the negotiations for the sale of broadcast rights.