As the 11th A-League enters the final straight with four teams in strong contention for the Premiers' Plate, this is the time coaches earn their money. 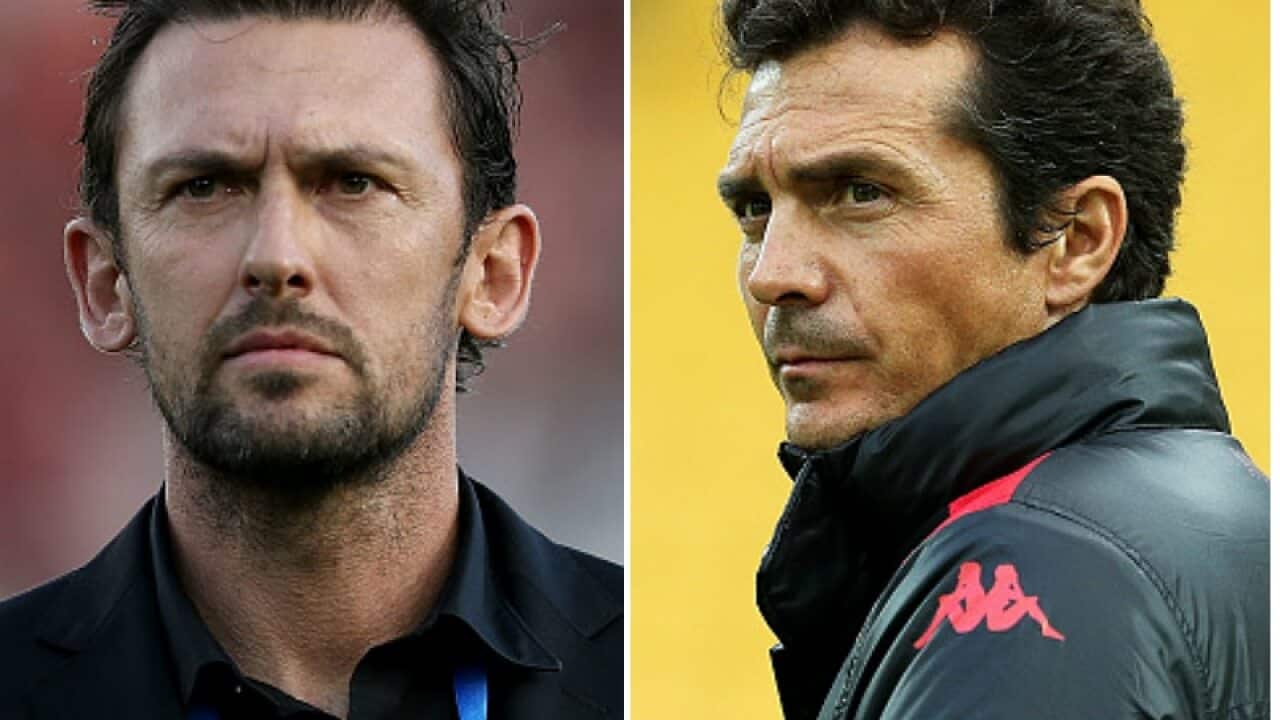 It is one of the tightest finals races since the league's inception and with three rounds to go, Western Sydney Wanderers lead the pack on 42 points, one ahead of Melbourne City and Brisbane Roar and two ahead of Adelaide United.

Perth Glory (37 points) and Melbourne Victory (34) should make up the final six, if they can shake off a stalled Sydney FC (31), but they are unlikely to finish first past the post.

Advertisement
With the finals around the corner, it is squeaky bum time for coaches and players and it is imperative that teams go into the series with the right frame of mind and without any doubts that inhibit their performances.

It seemed extremely logical, therefore, that Wanderers' coach Tony Popovic and his Adelaide counterpart Guillermo Amor should speak so effusively about their team's performance after a rather disappointing 0-0 draw at Pirtek Stadium.

The match was billed as a blockbuster and the high stakes made for an uncompromising contest but as so often happens in such cases the quality of football suffered.

The Wanderers attacked more and at one stage in the second half they seemed like they would perforate the visitors' defence but Adelaide had been slightly the better team in the first half and they defended stoutly when they needed to in the second.

The bottom line is that both sides were not at their best. The Wanderers, not for the first time, were rather wasteful and Adelaide uncharacteristically lost control of midfield in the second half.

Yet Popovic and Amor spoke glowingly of their team's performance.

"When you look at the whole game which we dominated you'd have to say that we lost two points today but in the end it was another clean sheet," Popovic said.

"When you dominate so much it is easy to switch off defensively but the players were excellent and kept their structure.

"We could have won it in the end. I trust the players and if we keep playing this kind of football and creating such chances we will win a game very comfortably.

"I would be more concerned if we crumbled under pressure and got a 0-0.

"Once players get over not winning a match they deserved to win they will wake up tomorrow knowing they are playing well enough to get top spot.

"The fans will have gone home knowing we gave everything and we were the better side so for me it's all positive."

The match had a highly controversial moment in the first half when young Reds striker Bruce Kamau collided with goalkeeper Liam Reddy on the edge of the penalty area.

Reddy's challenge appeared illegal and he must have thought he would be sent off as the last man but television replays showed that Kamau went down a split second before contact was made and he was booked for diving.

Kamau judged to have divedIt's the moment that has divided social media; was this a dive from Adelaide United FC's Bruce Kamau? Should Western Sydney Wanderers FC's Liam Reddy have been sent-off? Posted by SBS The World Game on Saturday, March 19, 2016

Amor was clearly annoyed with Japanese referee Takuto Okabe's decision and he said later the incident had "changed the game because with 10 men it would have been different".

Yet by the end of the match he had calmed down and he underlined his easygoing nature when he jokingly told a group of policemen: "If you're after the referee, he's in there," pointing to a room in the bowels of the stadium.

The Spaniard hailed the resilience of his team that was shorn of several regular players including injured marquee playmaker Marcelo Carrusca.

Adelaide were forced to dig deep in the second half to survive a veritable onslaught led by Romeo Castellen who was almost unstoppable on the night.

The Reds also would have been thankful to home striker Mark Bridge who will have nightmares about the glorious chance he missed with virtually the last kick of the match.

"We would have preferred to win but a point against the leaders in front of a packed stadium is not bad," Amor said.

"The second half was difficult for us but our attitude was fantastic and my players deserve a monument for their efforts today.

"I am privileged to have this group."

Amor has impressed observers with his cool, calm and collected approach to football management ever since he was given the job of senior coach last year.

He never panicked when it took Adelaide nine matches to record their first win this season and his casual, stress-free approach is rubbing off on the club.

A Reds player told me he is the same within the confines of the dressing room as how he comes across to the media and his firm yet calm demeanour is what enabled the team to get over their crisis during the first part of the season.

In the next round of matches the Wanderers face Victory at AAMI Park on Friday while Adelaide meet Central Coast Mariners at Coopers Stadium on Sunday.