Western Sydney Wanderers goalkeeper Andrew Redmayne is preparing for the biggest game of his career on Sunday but he won't find out if he is playing until before the team go out to warm up for their A-League semi-final against Brisbane Roar at Pirtek Stadium. 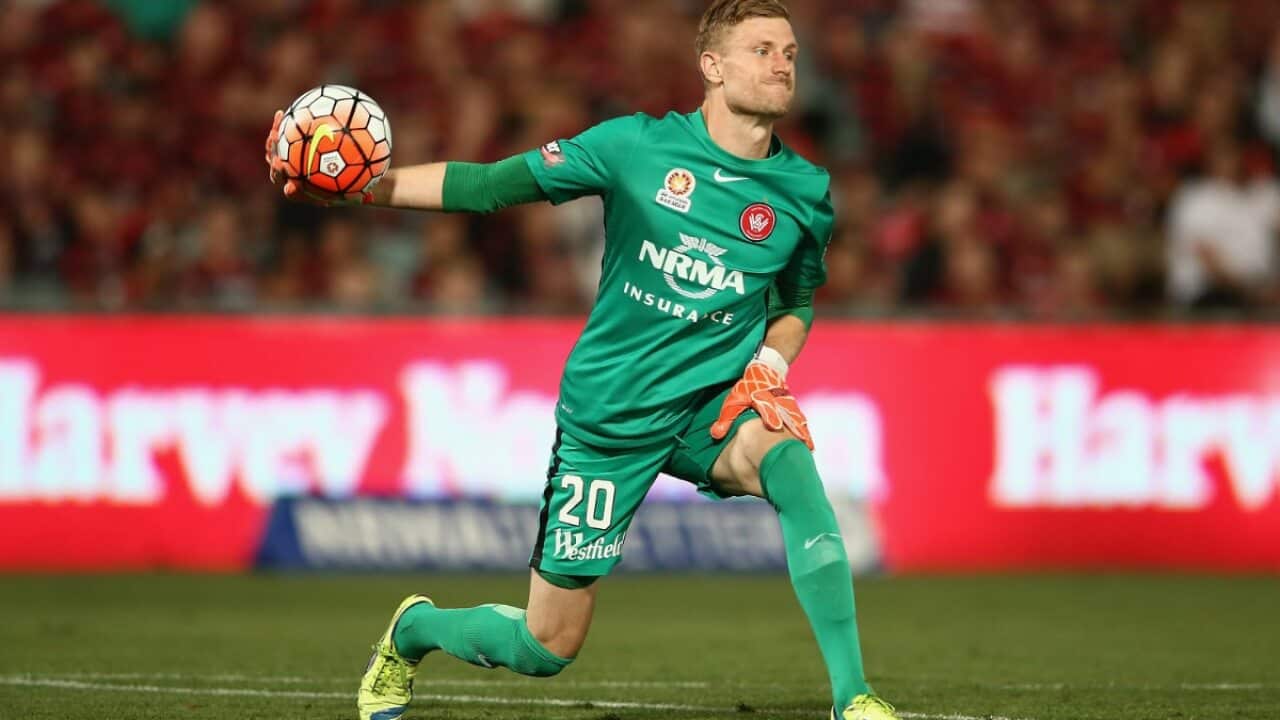 That is how Wanderers coach Tony Popovic operates, keeping his players on their toes all week leading up to the game, and his success as a coach is the ultimate evidence that his methods work.

Advertisement
Wanderers striker Brendon Santalab recently told TWG that when Popovic named the team for the round-26 game against Central Coast Mariners about 30 minutes before warm-up his face lit up when he was included as a starter after spending the vast majority of the season on the bench.

Santalab said waiting to find out didn't matter at all and that knowing he was in was all that mattered and he reacted by going out and scoring a double in a 4-1 win. He scored another double as a starter in the 2-0 win over Wellington Phoenix in the final round.

Redmayne said he is the same and that not being guaranteed you are going to play until the team is announced before the warm-up kept him focused.

"Yeah, absolutely, it' something that I work on every week, being ready for anything," he said. "Every week you've got to put your best foot forward at training and perform well so that you can take confidence into a game."

Redmayne played the first 19 rounds, but was then dropped for Liam Reddy, who had been signed mid-season after departing Central Coast Mariners. Then Reddy was dropped after round 25 and Redmayne brought back in.

There is nothing form-wise to suggest Redmayne should not be there again for what would be his first A-League finals game, but who can know for sure what Popovic might be thinking?

Two-time A-League championship-winning goalkeeper Clint Bolton told TWG during the week that while Redmayne had performed well since returning he wouldn't be surprised if Popovic preferred Reddy this week because he has more big-game experience.

All Redmayne can do is perform and he feels he has done all he can to keep his spot.

"I'd like to think so, but you can't become complacent, you can't rest on your laurels," he said. "So I've had good, solid training sessions this week and I'm looking to build on that."

Asked if being dropped after 19 rounds and then coming back in had been like a roller-coaster of emotions for him, Redmayne replied: "Personally, you just want what's best for the team. That's the way I look at it and if the boss makes a call then it's best for the team.

"I said coming into Wanderers on day one I want nothing more than to bring success to the club and to the fans, so for a call like that to be made it's hard personally but you've just got to support the team in other ways.

"You've got to make sure the boys have got everything they need and are 100 per cent ready for the weekend."

The fact Popovic eventually promoted Reddy but was then prepared to drop him made it clear that it is a level playing field and that is all Redmayne can ask for.

"I've always said you've got to keep performing at training every day and every week's a selection process," he said. "There is nothing guaranteed in football, so you've always got to be on your game."

Wanderers are Redmayne's fourth A-League club. He sat on the bench behind Michael Theo when Brisbane Roar won two grand finals, but getting the chance to play finals football is obviously something vastly different and Redmayne is naturally eager to experience it.

"It's something I'm really looking forward to," he said. "The last couple of games of the regular season were basically finals for us, because we were playing to finish high on the table, so nothing changes and we'll look to execute the same game plan and carry that forward.

The winner of Sunday's game will play Adelaide United in the grand final at Adelaide Oval next Sunday.