Tony Popovic has been sacked by his Turkish club Karabukspor on the back of yet another defeat, just two months into his tenure, according to reports. 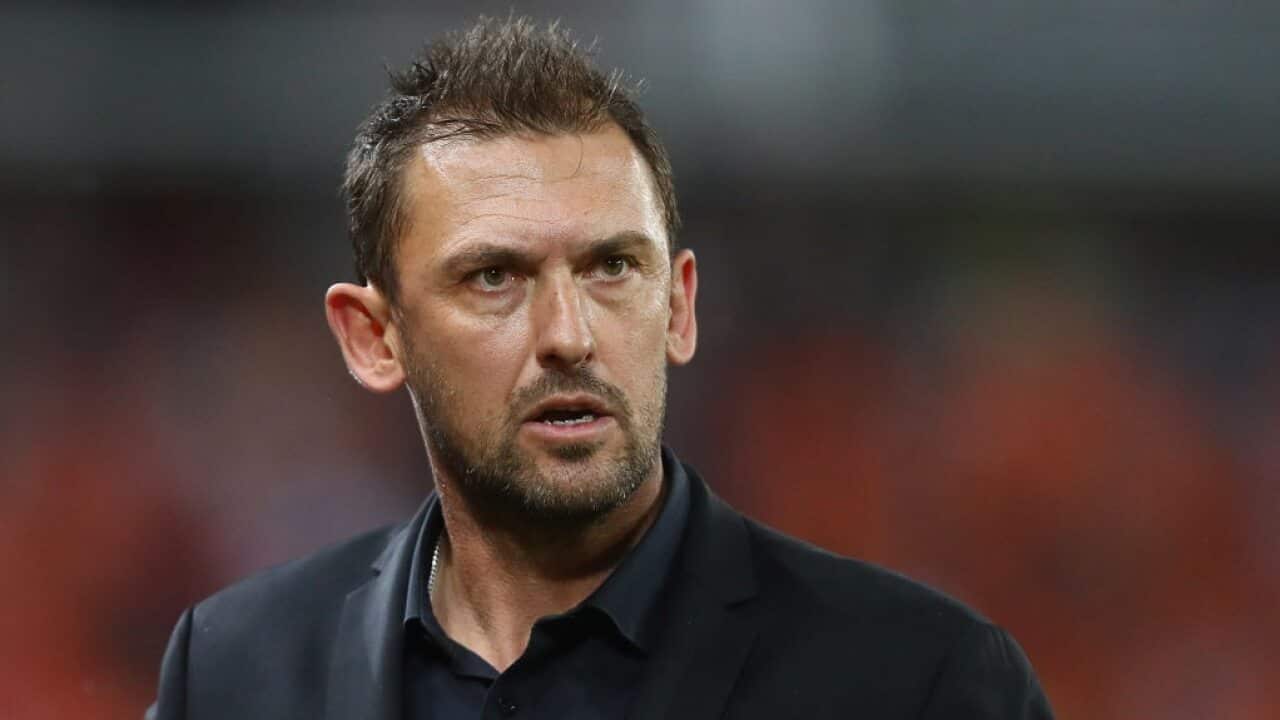 Popovic will be told by club bosses on Friday that his short reign as Karabukspor coach is over, according to reports in Turkey.

Popovic sensationally left Western Sydney on the eve of the A-League season, signing with the little-known Turkish club.

His tenure in the Super Lig appears to have lasted just 10 weeks, with the Australian shown the door after exiting the Turkish Cup with a 1-0 loss to second-tier Istanbulspor on Thursday (Friday AEDT) - his eighth defeat in all competitions since joining the club in October.

Advertisement
Since his promising debut victory Popovic's side has suffered seven straight league losses with Karabukspor languishing at the bottom of the Super Lig ladder.

Popovic had been planning to bolster his struggling squad in the January transfer window, but having only posted three wins since taking the reigns, the club has run out of patience.

Turkish media reports Popovic will get a 900,000 euros (A$1.4 million) payout as compensation.

Popovic's first foray as a head coach in Europe has been far from ideal, with the Super Lig club recently thrown into chaos with the entire board of directors walking out en masse last month amid a financial crisis.

Popovic's assistants Zeljko Kalac and Andres Carrasco also quit the Wanderers at the start of the A-League season to follow the former Socceroo to Europe.

Karabukspor have a history of ruthlessness when it comes to coaches, churning through eight mentors in 31 months before appointing Popovic. The Australian becomes the ninth casualty in under three years.

In an unfortunately timed interview with Istanbul-based outlet TRT World that aired on Thursday, Popovic said he turned down other chances to move to Karabukspor in favour of "the challenge and getting out of my comfort zone".

"I had some opportunities to go into Asia with some success in the Champions League," he said.

"As a coach, I wanted to taste Europe and give Europe a go.

"It's not easy as an Australian to get a good European club to start with in terms of stability. It's hard to be picky.

"You're still regarded as an Australian coach, regardless of my playing career and my time at (English club) Crystal Palace as an assistant (coach)."

Popovic remains an outside chance to take the Socceroos to the World Cup next year in Russia, confirming his interest in the position to TRT World.

"That's something ultimately I want to do ... if (FFA) called me to have a chat (about the Socceroos' job), of course, I'd respect them," he said.

"You start off as a footballer and you want to play for your country. I started coaching and I want to coach at the highest level."