The rise and rise of the Western Sydney Wanderers is a story we are very familiar with - the team that took the A-League and Australian sport by storm. 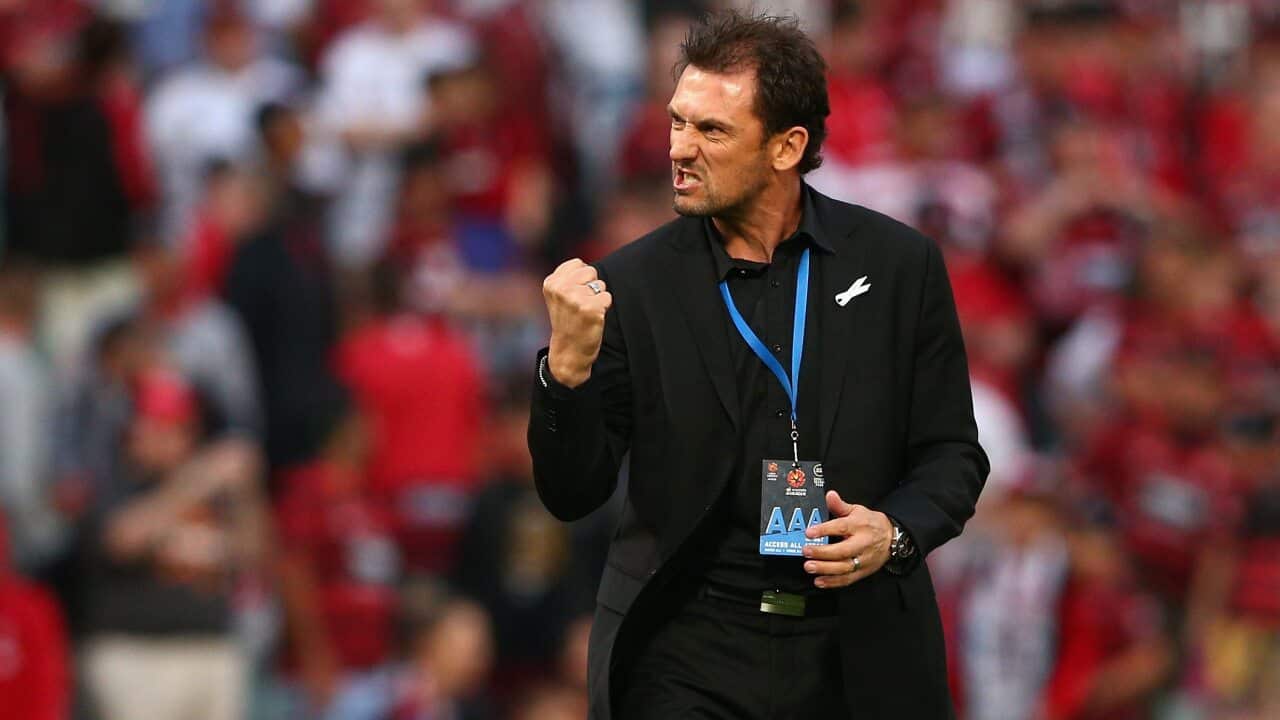 The incredible first two seasons culminated in a Premiers' Plate, successive grand final appearances and they topped it off by winning the AFC Champions League.

And of course, the rise of the RBB has taken match day atmosphere to a new level in this country.

There was a bit of a hiccup last season when the team struggled to cope with a fixture overload, which regularly saw the team travelling half-way across the world to play games in the A-League, ACL and FFA Cup.

They were even forced to play two A-League games in the space of three days, which is unheard of.

And it took its toll with the Wanderers finishing ninth and winning only four games.

Fast forward a few months and Western Sydney are a brand new side again.

Coach Tony Popovic showed what he is capable of from the start.

In a very short space of time he managed to build a squad from scratch, turning a group of mostly struggling A-League players into premiers and grand finalists.

READ MORE
The False 9: Round 10 - Popovic best coach in the A-League. Any arguments?

But what he has done this season has elevated the former Socceroos defender up to a new level.

Popovic was under pressure from some areas of the media after last year's disastrous campaign, but his response was always one of calm and extreme self-confidence.

To be a great coach you need to be great in the good times and the bad, and what we have seen so far is that Popovic can do both.

Most coaches who suffer such a slump as the Wanderers did last season, find themselves either out the door or unable to motivate the group again - look at Chelsea's Jose Mourinho right now.

But 'Popa' has clearly learnt and used the experience to jump to a new level.

Not only has he pretty much started from scratch in terms of players, but most impressively, he has delivered a new style of play, very different to anything we have seen in the previous three seasons.

This year we have seen the Wanderers play with unbelievable intensity for entire matches, which was always a trademark of Popa’s sides, but while they used to be a predominantly counter-attacking side, they now play a possession based game, building up play from the back and through the new look midfield of Dimas, Andreu and Mitch Nichols.

Nikolai Topor-Stanley was know for his no-nonsense, no-risk style of defending and would often boot the ball as far as possible at almost every chance.

Now the captain is a key man in the build-up and has excelled in setting up play and bringing the ball forward to launch attacks.

Up front they look more dangerous than we have ever seen them, even with their big Italian marquee striker Federico Piovicarri misfiring.

Now with Mark Bridge, Dario Vidosic, Nichols, and the electric Romeo Castellen all in top form, the side look like scoring with every attack.

The strength and quality of any coach is their ability to learn and adapt and recover when things go wrong. Popovic has shown he all these attributes.

We always knew he could bring in a lot of new faces, and turn out of form or unknown players into quality A-League talent. He did that in seasons one and two.

But to totally transform the playing style, in such a short time frame, was something nobody expected.

Another reason Popa has been able to bring this new team and style to life so quickly is his ability to built a team of quality staff as well as players.

He brought in Zelko Kalac to work with the goalkeepers. 'Spider' worked wonders with Sydney FC’s Vedran Janjetovic and we are now seeing similar progress with Andrew Redmayne.

Spaniard Andrés Carrasco was brought in as assistant coach and has given the Wanderers a very Spanish feel these days.

Andres has helped with their transition, as well as bringing a different coaching perspective to the set up.

Hayden Foxe, like Kalac, is a very close friend of Popa’s, which adds more strength and determination to what is a very solid, loyal coaching staff.

This season Popovic has shown he can learn, adapt, react and most importantly improve at a very fast pace.

He certainly has a lot of tricks in his bag and as a young coach, with plenty of learning and improving still to come, it won’t be long before we see him move to a big foreign club.

But for now, let’s just enjoy the ride.