Postecoglou tells of the phone call to sack Neill

Australia's Ange Postecoglou has revealed that one of the few low points of his coaching career was the day he had to tell Socceroos hero Lucas Neill he was not going to the 2014 FIFA World Cup ... on the phone. 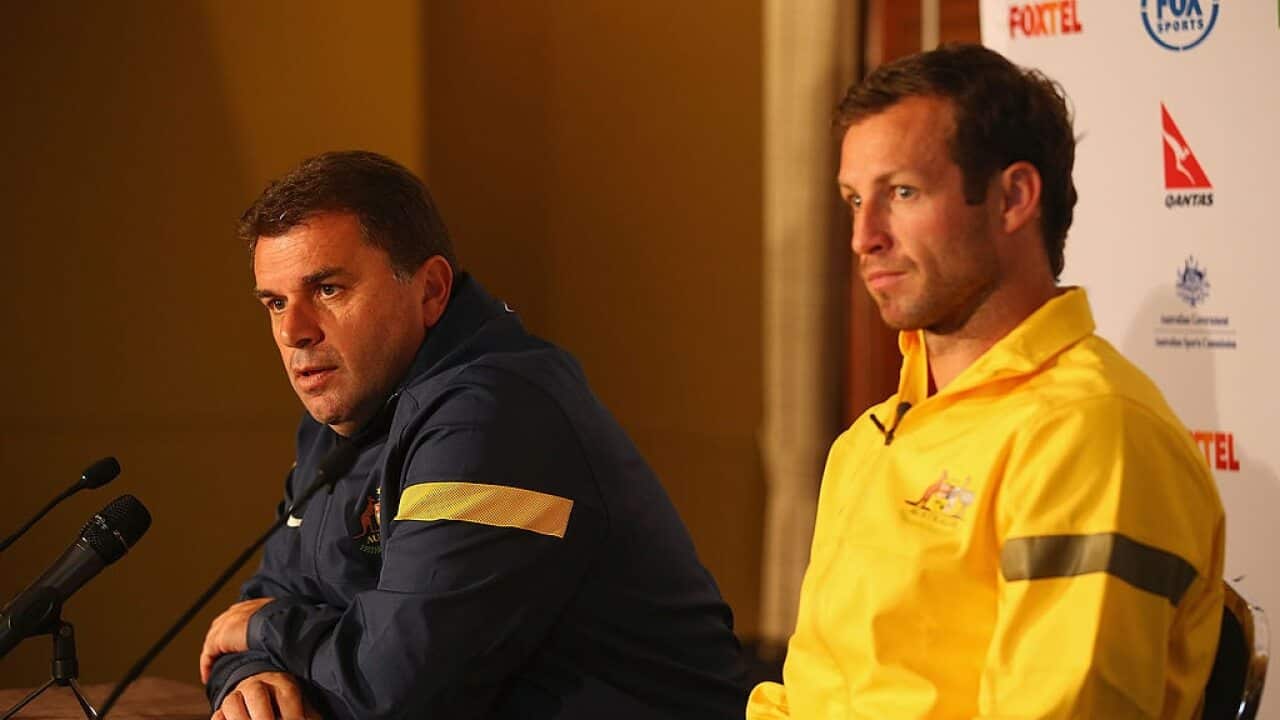 Postecoglou took a rejuvenated squad to the tournament in Brazil that had no room for Neill, who captained the Socceroos in the 2010 World Cup in South Africa.

Postecoglou, who had taken over the job of national coach in October 2013, has told of how he had to inform Neill that his international career was over, four matches short of a 100 caps.

"I didn't have any problems with the guys who'd had made their own call (to retire). I did struggle with the Lucas Neill situation though," Postecoglou writes in his book Changing the Game.

"Being the captain and leader of the country for such a long time, Lucas had had a celebrated career. Regrettably it finished at the end of a phone call.

"The end for Lucas shouldn't have been a call from me telling him he wasn't going to the 2014 World Cup.

"Denial about career ending is a huge thing for many players. Delivering that final message is perhaps the most unpleasant part of my job.

"I do wonder if, with Lucas Neill, there was another way."

Postecoglou wanted to fly to London to give Neill the bad news in person but, with preparations for the World Cup gathering momentum, he simply ran out of time.

"I just had to make that phone call. It still rankles," Postecoglou says.

"As phone calls go, it was a strange one. The pleasantries didn't take long to complete and Lucas began presenting his case.

"He'd played in an under-21s game and was getting stronger. He was trying to convince himself as much as me, I think.

"He said he'd had an issue with his hamstring but that was done with now and his progress had been very good.

"I had to interject. 'Lucas, it's gone too far. I've got to make the call now. Because of who you are I think it's better I make the call early, rather than have to drag on and muddy the waters later on. Let's deal with it now. You're not coming to Brazil'.

"The phone went quiet before I heard 'Okay'. I told him it was his news to handle how he wanted. He made it clear he would not be saying anything. 'I'll go to ground. If you change your mind let me know because I'm playing in a game next week'.

"I wasn't going to change my mind.

"It's almost three years since that phone call and he hasn't surfaced so he was true to his word.

"He seems to have gone into hiding and I sort of wish that wasn't so for one of our greatest-ever Socceroos."