There are a few scenarios which will see an unprecendented play-off for Champions League qualification spots as Manchester City, Liverpool and Arsenal try to find their way into the riches of Champions League competition. 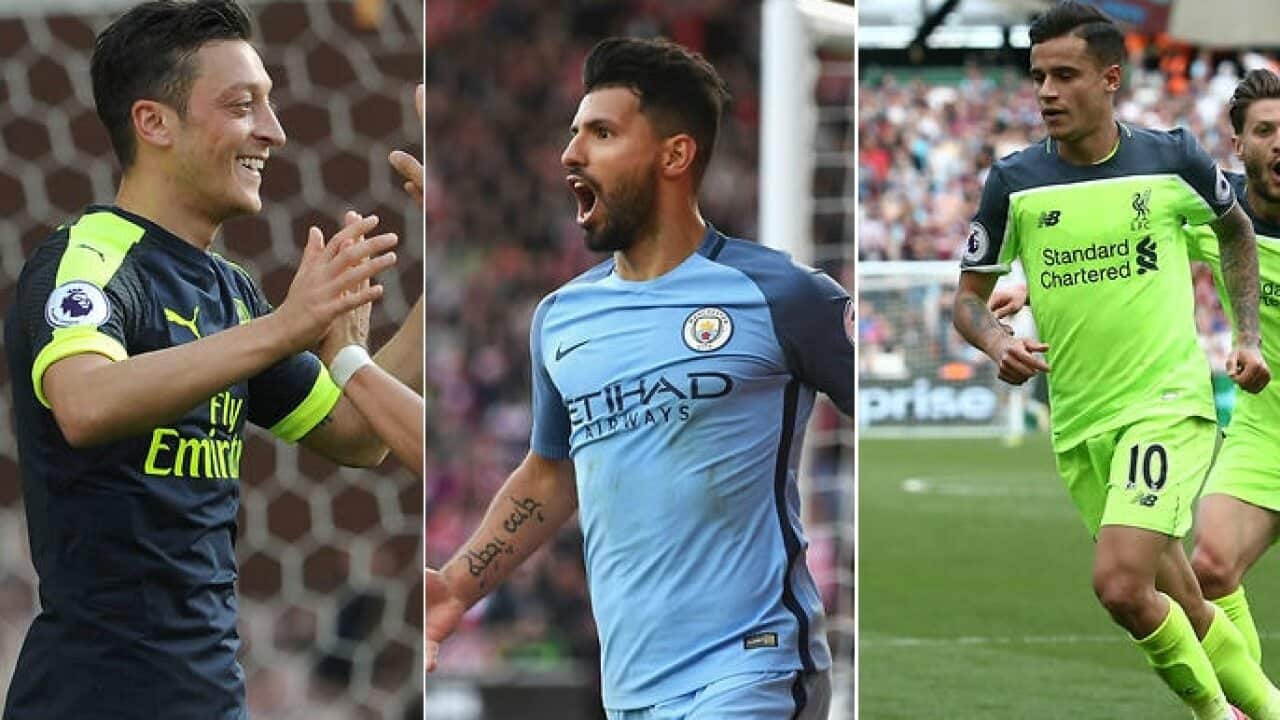 There have been 38 rounds of football, 57 hours of play per team, with almost infinite possibilities on how many permutations the Premier League table can have come the end of the season.

It has come down to the final week, where, if a not entirely unlikely coincidence of results occurs, we will see something unprecendented in Premier League history.

If two teams are locked together on points, goals difference is used to decide who finishes higher on the table.

Advertisement
If the goals difference is the same it then goes to which team has scored more goals.

If they still can't be split, then there is a play-off to decide who finishes higher on the table.

It normally wouldn't be relevant, but this year there are three teams close on points and goal difference scrapping to get into the top four to qualify for the Champions League next season, with all the money and attention that brings.

There are currently three scenarios that would see the unlikely and tantalising play-off happen, with the results of Watford v Manchester City, Liverpool v Middlesbrough and Arsenal v Everton set to decide the final Champions League qualification.

Here's the table as it stands currently.

So what needs to happen in the final round for these teams to finish exactly equal?

Here are the three scenarios that would result in two teams facing off in a play-off for the chance at a Champions League berth, the results required followed by how the table would look after the round's completion.

This would see both Liverpool and Manchester City finishing equal third and having to play-off to see which team secures the automatic Champions League qualification to the Group Stage.

The results aren't out of the realm of possibility, Watford are coming off a 4-3 loss to Chelsea, whilst Liverpool put 4 goals past West Ham United in their last fixture.

You can also expand the possible results to see Liverpool and Manchester City finish equal, as long as both teams score the same amount of goals and Liverpool win by a margin of three goals.

This set of results sees the Reds and Gunners in what would be a juicy playoff for fourth, the winner gets a spot in the Champions League final qualifying round, the loser is in the much less financially lucrative Europa League.

Again you can expand the results, as long as the margins remain the same and both Liverpool and Arsenal match each other on the same goals for and goals against.

Surely stranger things have happened, but they don't spring immediately to mind.

This string of results would see Arsenal and Manchester City playing off for either third or fourth, depending on whether Liverpool win or not.

These two team's goal difference is a little way apart and Watford would need to be in a party-spoiling mood to complete the thrashing necessary to see this unlikely scenario occur.

Expanding the results is again possible, as long as the margins remain the same.